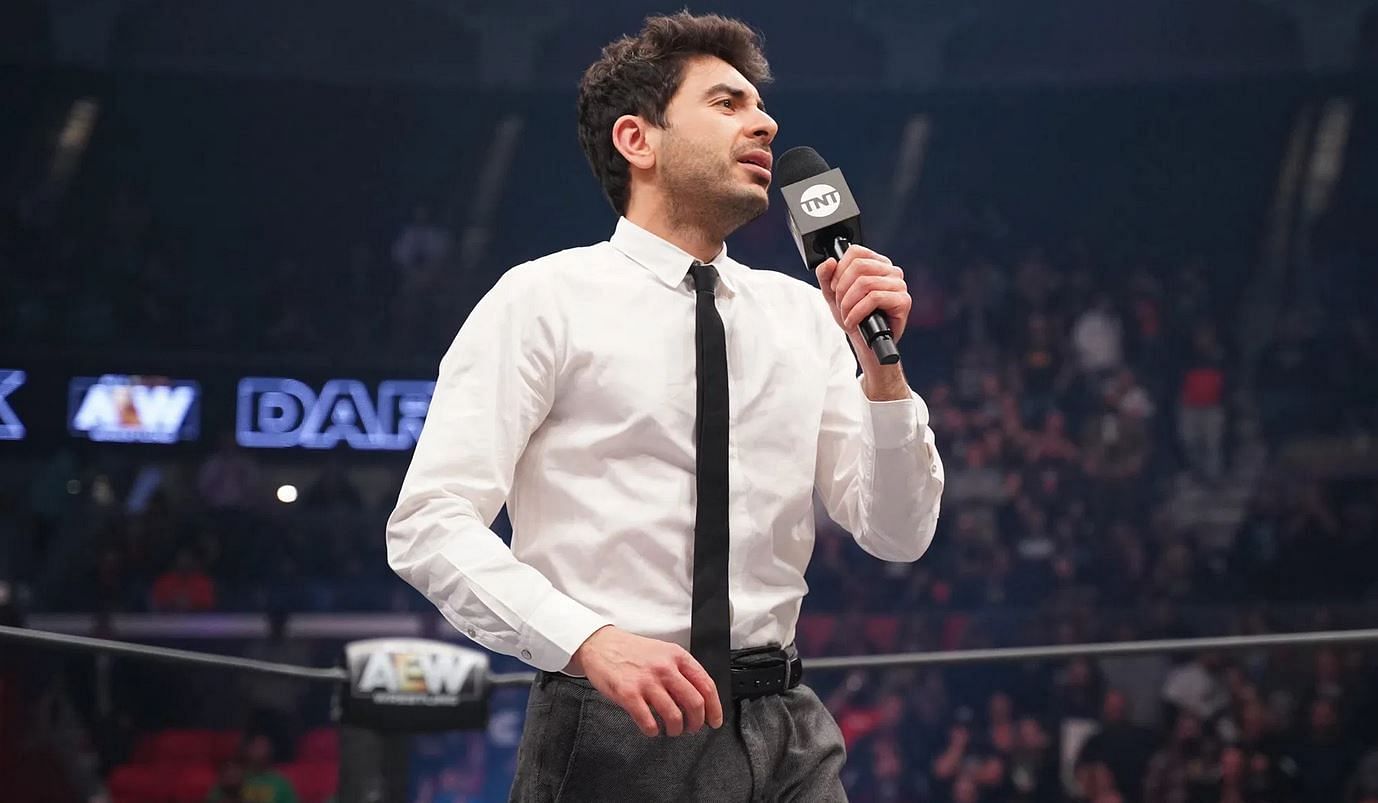 Tony Khan was full of praise for AEW powerhouse Jade Cargill ahead of her impending bout against former NWA women’s champion Thunder Rosa.

Jade Cargill and Thunder Rosa will square off in the semi-finals of the AEW TBS Championship Tournament. Over the last few weeks, their rivalry has been intensifying and the match should be a spectacle.

Will X-23 @thunderrosa22 rip the Storm @Jade_Cargill ? Will Rogue @realrubysoho out-muscle the Juggernaut @NylaRoseBeast ? Find out on the next #AEWRampage

AEW boss Tony Khan not only appreciated Jade Cargill but also called her the Rookie of the Year for 2021. He told Busted Open Radio that Mark Henry had a crucial role to play in her development.

“The crazy thing is when you see Jade. Not only is Jade a beautiful woman but one of the most dangerous and powerful competitors in pro wrestling,” Tony Khan admitted. “I think Thunder Rosa is going to have her hands full in the semi-final with Jade. Mark, you have been a mentor to Jade and offered her a lot of great advice about how to use her size and her power advantage to dominate opponents. It seems like she’s taken that advice to heart and used it very well. I think she’s clearly the rookie of the year. I think she is definitely one of the favorites to potentially be the TBS Champion,” Tony Khan finished. (h/t: WrestlingInc)

The AEW TBS Championship Tournament has been excellent so far and most of the top women in the company have competed for the title. Tony Khan believes the tournament was a great way to help Dynamite transition to TBS Network at the start of 2022.

“A number of people have come up to talk to me about that lately and I am so glad that so many people have liked it. When I sat down and put the bracket together, I really felt like it would be a great way to build towards Dynamite making that huge move at the end of the year to TBS. I think it has only created more anticipation for the move,” he said. “I am very excited about the semi-finals.”

Thunder Rosa and Jade Cargill will fight for one spot in the final while Ruby Soho and Nyla Rose will square off on the other side of the bracket. Jade Cargill is undefeated in AEW so if she maintains her streak for a couple more matches, she’ll be the inaugural TBS Champion.