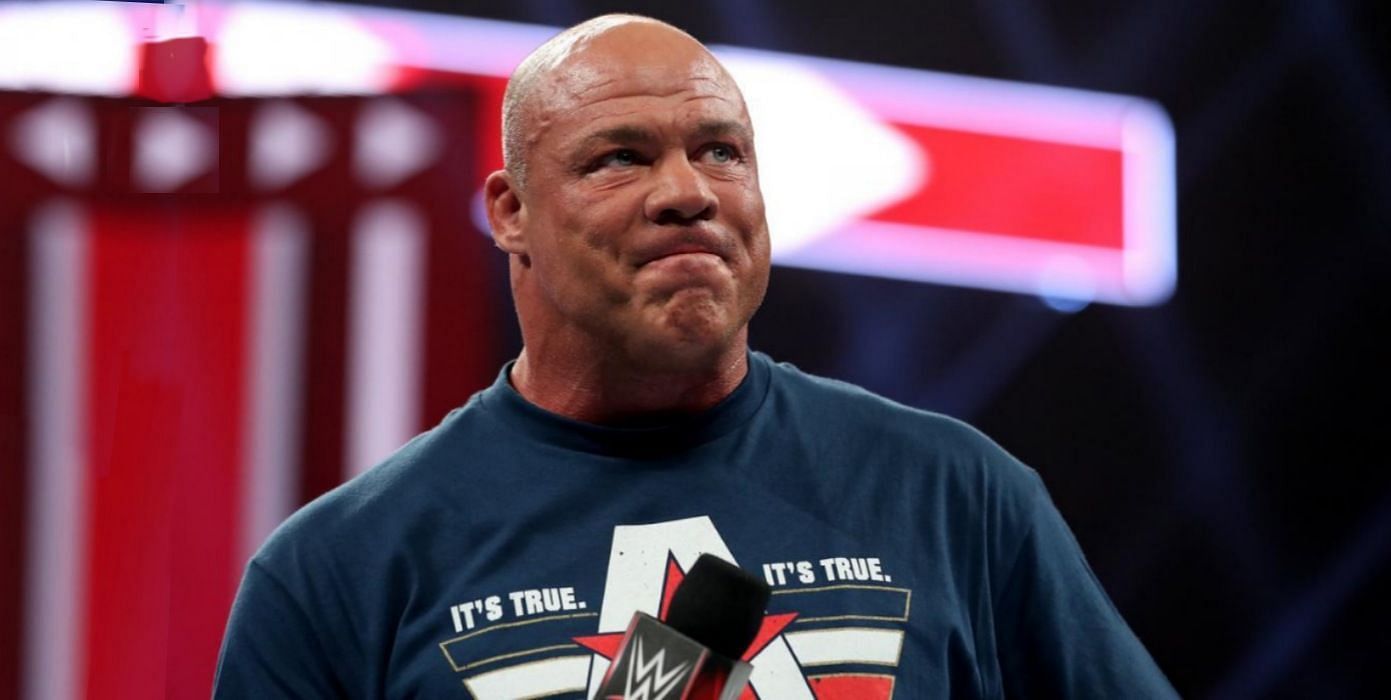 WWE legend Kurt Angle has stated that Samoa Joe is one of the best wrestlers he’s ever got in the ring with.

The duo had several feuds in TNA (now known as IMPACT Wrestling), with the Olympic gold medalist’s very first feud in the promotion coming against Joe. The two stars, along with AJ Styles, were some of the biggest draws in the company. Angle faced the current NXT star in WWE in the final few matches of his in-ring career.

During his recent appearance on Talk Is Jericho, Angle praised Joe for his athleticism and technical prowess.

“Joe was really physical, he was technical. One of the best athletes I’ve ever been in the ring with, and that’s saying a lot considering Joe’s a bigger guy. He’s a 300-pounder, doesn’t look like a bodybuilder by any means, but, man, he could go. This guy is one of the best wrestlers I’ve got in the ring with,” Angle said.

Angle also stated that he wasn’t keen on entering a feud with Joe right after joining IMPACT as he felt that the storyline needed to be built up. IMPACT, though, wanted the Joe-Angle rivalry right off the bat to get more pay-per-view buys.

15 years ago I made my debut in the TNA Impact Zone when I faced off with the undefeated @samoajoe – Incredible moment in wrestling history. #itstrue #TNA #WWE #wrestlinghistory https://t.co/E0MjRkqvO9

Samoa Joe believes that Angle and Lesnar are similar in many ways but stated that the former is a slick operator, while the latter has power.

“Kurt is an efficient cougar, efficient panther. He’s a feline predator. You know, like a quick kill, real slick. Brock is just a rampaging bull. He’s just the juggernaut. He runs straight through things you know. What he cannot out technique, he with outpower,” said the former NXT Champion.

Joe has shared the ring with both legends several times and has stood up to them occasionally. While Angle has retired, both Lesnar and Joe are still with WWE.

Do you think we can see Lesnar vs. Joe in the ring again? Let us know in the comments below.

Please H/T Talk Is Jericho and Sportskeeda if you use any of the above quotes.