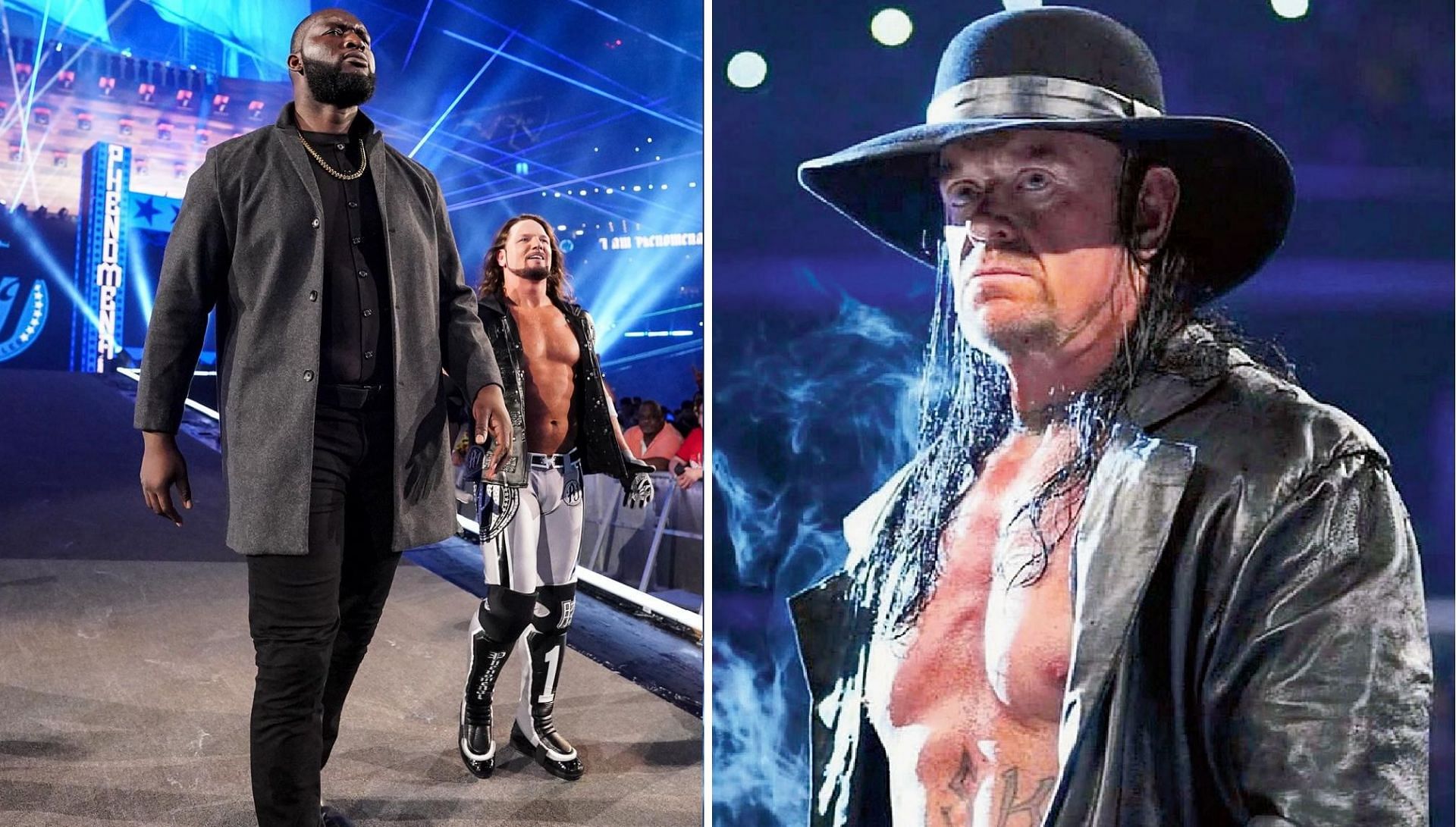 Omos sends a message to The Undertaker on Twitter

RAW Superstar Omos has reacted to The Undertaker showering him with major praise on the latest edition of WWE’s The Bump.

The Phenom made a rare appearance on the show earlier this week. He discussed a number of topics, and heaped praise on Omos. He went as far as comparing him to Andre The Giant.

Omos noticed The Undertaker’s comments and posted a tweet reacting to the same. Check out the tweet below:

“There will never be another Andre, but this guy is as close as we’ve come… and that’s a big statement.” – @undertaker on @TheGiantOmos

“There will never be another Andre, but this guy is as close as we’ve come… and that’s a big statement.” – @undertaker on @TheGiantOmos

The Phenom didn’t hold back one bit while praising Omos. He mentioned how the behemoth is incredibly athletic for someone his size. He added that the duo have had a couple of conversations in the past in regards to the rookie’s future.

“There won’t be another Andre but this guy is as close as we’ve come. And that’s a big statement…Omos is special. The big thing for him to know and realize that he’s special and he’s different from everybody else. The average size of the wrestler, in general, is smaller than it was. So here is this guy who is incredibly athletic and incredibly huge. He’s just a big, strong man. It’s important for him to make sure that he protects that. He and I have had a couple of conversations about what he should do and what he shouldn’t do and if things get too heated, call me,” said The Undertaker.

Is there any stopping @TheGiantOmos?

Is there any stopping @TheGiantOmos?

Shortly after RAW Underground was canceled, Omos was paired up with AJ Styles. The two men are still together on WWE TV and are former RAW Tag Team Champions.

Omos won a 25-Man Battle Royal at Survivor Series 2021 that was held to commemorate the 25th anniversary of The Rock’s WWE debut. He dominated the free-for-all and eliminated 12 superstars, with Ricochet being the last man to get thrown out.

What are your views on Omos? Do you think he has a bright future ahead of him in WWE?