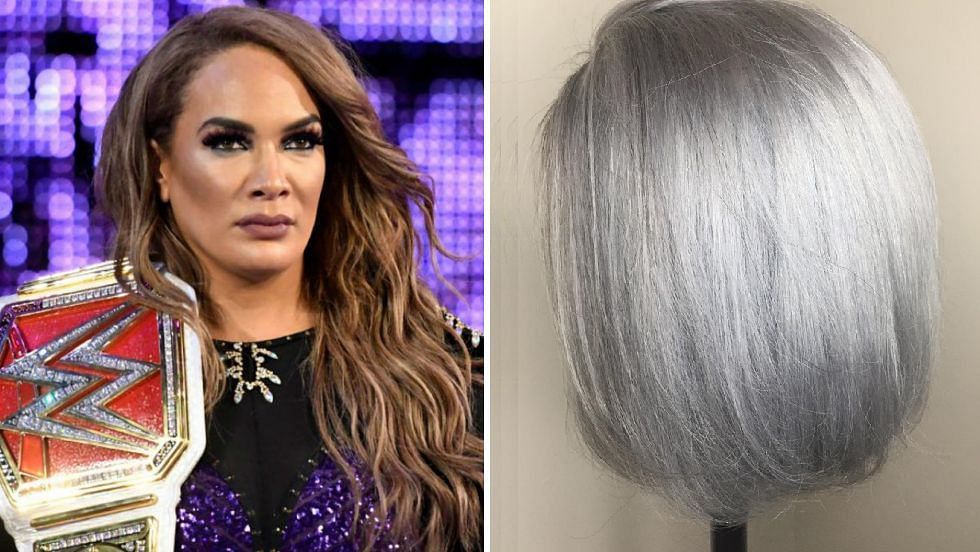 Former WWE Superstar Nia Jax is now rocking a grey-haired wig, as evident from her latest Instagram post and story.

Jax is no longer a WWE Superstar, and it seems like the former RAW Women’s Champion is done with wrestling for good. She recently changed her hairstyle from curly to straight, mere days after her WWE release.

Now, Nia Jax is trying an interesting look with a gray-haired wig. She posted a short clip on her Instagram Story section, showing off her new look.

She also shared a hilarious TikTok clip with former WWE Superstar Mojo Rawley. At the end of the video, fans can see Rawley pulling Nia’s wig from her head and walking away. Check out Jax’s post as well as a screengrab of her story:

The WWE release came as a surprise to Jax as she had requested the company to extend her mental health break. Not only wasn’t the extension not granted, but Jax was also released from her contract.

In one of her latest tweets, Nia Jax let her fans know that she will be talking about her WWE run in an interview with Renee Paquette. Her best friend Alexa Bliss urged her not to share a certain “jeep story.” But Jax made it clear that she would not hold back and will disclose everything.

Nia Jax had been a regular act on WWE TV for almost seven years. Her biggest achievement was winning the RAW Women’s Championship at WrestleMania 34. While fans are quite upset that she might not wrestle again, judging by Nia’s latest Instagram posts, it looks like she is having the time of her life post-release.

What do you think of Nia’s new look with the gray hair wig? Sound off in the comments!