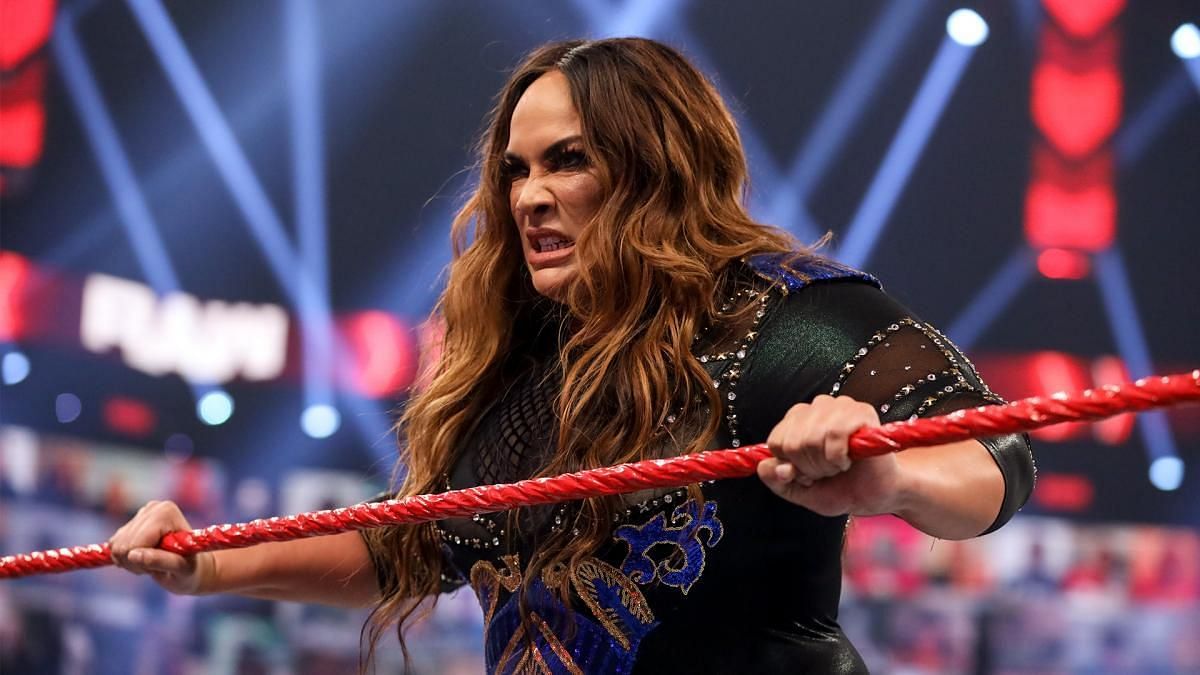 Nia Jax recently joked about leaving WWE sooner in one of her latest Instagram stories.

Jax was released by the company on November 4, 2021, following a six-year run. She changed her social media handle name to Lina Fanene, which is her real-life name. The former RAW Women’s Champion also hinted that she’s done with wrestling.

In one of her latest tweets, Nia Jax wrote that she will be spilling the beans on her WWE run in an interview with Renee Paquette. She has now posted a hilarious throwback video on her official Instagram Story section.

The video is from the time when both Jax and Paquette were mainstays in Vince McMahon’s promotion. The amusing clip shows Nia Jax pretending to be a motorcycle, with Renee Paquette holding her braids as if they’re bike handles.

What caught fans’ attention was the caption that Jax wrote in her story. Here’s what she wrote:

“We should have rode straight out of there that night!!!!”

The Irresistible Force’s release was met with a mixed reaction from the WWE Universe. Her fans couldn’t believe she was let go, while her detractors breathed a sigh of relief. Jax was a controversial name during her run and was accused of hurting her opponents on various occasions.

She shared a post following her WWE release and claimed that the company let her go after she asked for an extension to her mental health break. Here’s an excerpt from the same:

“Earlier this week, after WWE sent me my schedule to return to the ring for the November 15 show, I asked for an extension to my mental health break, feeling that I needed more time, and hoping I would have the ongoing support of the company I have given my all to for the past 7 years. I did not receive a response. The next I heard, I was being released,” wrote Jax.

Renee Paquette has shared Nia Jax’s story on her own Instagram Story section, as can be checked out HERE. It would be nothing short of intriguing to hear what Jax has to say about her WWE stint. Are you excited for her interview with Paquette?