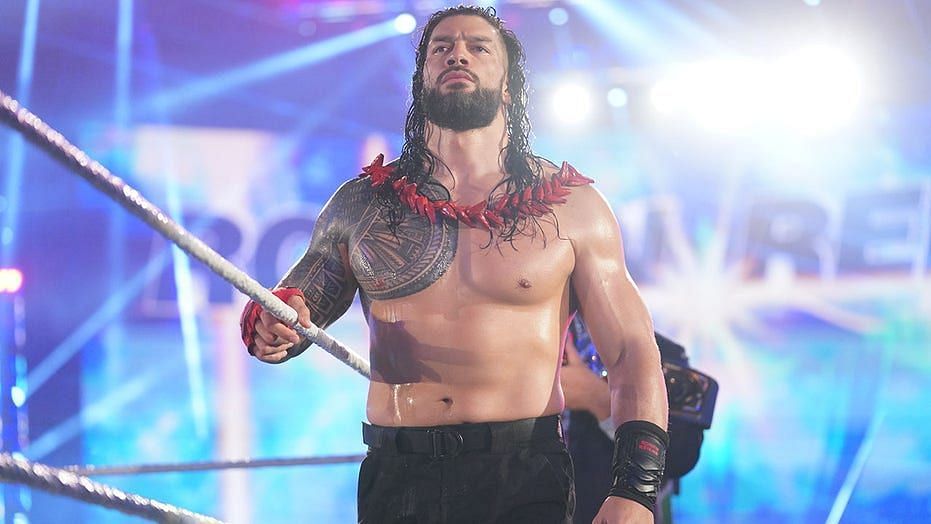 The post-Survivor Series edition of WWE SmackDown on FOX featured a special Black Friday Invitational Battle Royal to determine the next challenger for The Tribal Chief.

19 superstars competed for the spot as Sami Zayn made his way to the ring first. The match was interrupted when Drew McIntyre charged down to the ring with his sword, unhappy over his exclusion. McIntyre and Adam Pearce yelled at each other while the other superstars waited at ringside.

The match finally began after The Scottish Warrior was escorted to the back. Jinder Mahal was the first superstar to be eliminated.

During the match, Sami fell through the middle ropes to the floor. The final four were Sheamus, Happy Corbin, Jeff Hardy, and Ricochet. After leveling Ricochet with a Brogue Kick, Sheamus eliminated him, leaving The Charismatic Enigma against the heels.

The Celtic Warrior and Corbin went for the double team on Hardy, but Corbin turned and eliminated Sheamus. Hardy came right back and knocked Corbin over the top rope for a future shot at Roman Reigns’ title. As Hardy celebrated, Sami came out to steal the victory.

The walls seem to be closing in on Roman Reigns as Brock Lesnar returns to SmackDown next week.

After the special Black Friday Invitational Battle Royal, we saw Kayla Braxton announce that The Beast Incarnate’s suspension has been lifted, and he’ll be live on next week’s SmackDown.

Brock has a score to settle with The Universal Champion. The last they met, Roman was able to defeat Lesnar after some help from The Usos. Brock vowed to beat Roman senseless but was suspended indefinitely after attacking WWE officials.

With Sami Zayn being the number one contender, Brock Lesnar returning next week, and Drew McIntyre lurking in the shadows, the position of The Head Of The Table is in more danger than ever.