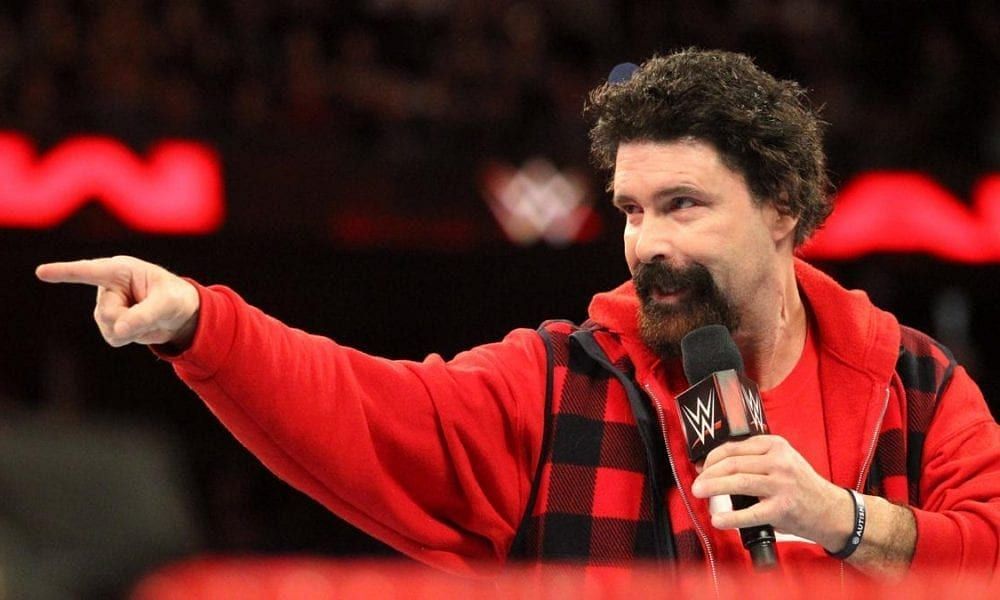 Mick Foley gives his verdict on the WarGames advantage match on NXT 2.0

WWE Hall of Famer Mick Foley is known for his hardcore matches inside the squared circle and has always had a special place in his heart for them.

The go-home episode of NXT WarGames featured Dakota Kai taking on Kay Lee Ray in a ladder match for the advantage in the WarGames match on November 5. The bout was one of the most brutal and hard-hitting battles of the new version of NXT thus far.

Fans were on their feet the entire time as they chanted a much deserved, “This is awesome.”

Both women took each other to their limits, as the match saw the use of ladders and tables. Kay Lee Ray and Dakota Kai gave fans a preview of what to expect from their 4-on-4 match next week.

WWE legend Mick Foley was also impressed with what he saw from the ladies as the former RAW manager tweeted out his appreciation for both the participants after their match.

Here’s what the hardcore legend had to say about the match:

Mick Foley has criticized NXT for making talents lose their individuality in the past.

WWE’s current product has a number of flaws that have left fans dissatisfied and disappointed throughout the years.

Mick Foley believes one of the biggest problems with the current WWE product is that there is no individuality among the developmental stars. While speaking on Busted Open Radio, the former world champion stated that it’s hard for people to remember a performer’s name because they’re all of the same mold:

“I think one of the things you risk when you have a developmental system, and a way of doing things specific to your business model, is that you lose a little bit of the individuality, so you tend to have a lot of people who can do great moves, have very good matches, whose names you can’t remember after they’ve wrested unless you’re tuning in every week,”- Foley said.

That was part of the problem with me. I was watching sporadically, and I was like, “Wow, look at that guy. Good shape, looks great, handsome guy, wearing trunks, great moves, can’t remember his name. A lot of guys tend to fall into the same pattern of looking and wrestling the same,”- The Hardcore legend added.

Points to issues with creative, the call-up process from NXT and more.

Points to issues with creative, the call-up process from NXT and more.

The Boiler Room Dwellar has never shied away from voicing his opinion on any matter related to pro wrestling. The Unpredictable one has praised many wrestlers in the past for their work and NXT’s Dakota Kai and Kay Lee Ray are the newest additions to his list.

What did you think of the match between Dakota Kai and Kay Lee Ray? Let us know in the comments section below.