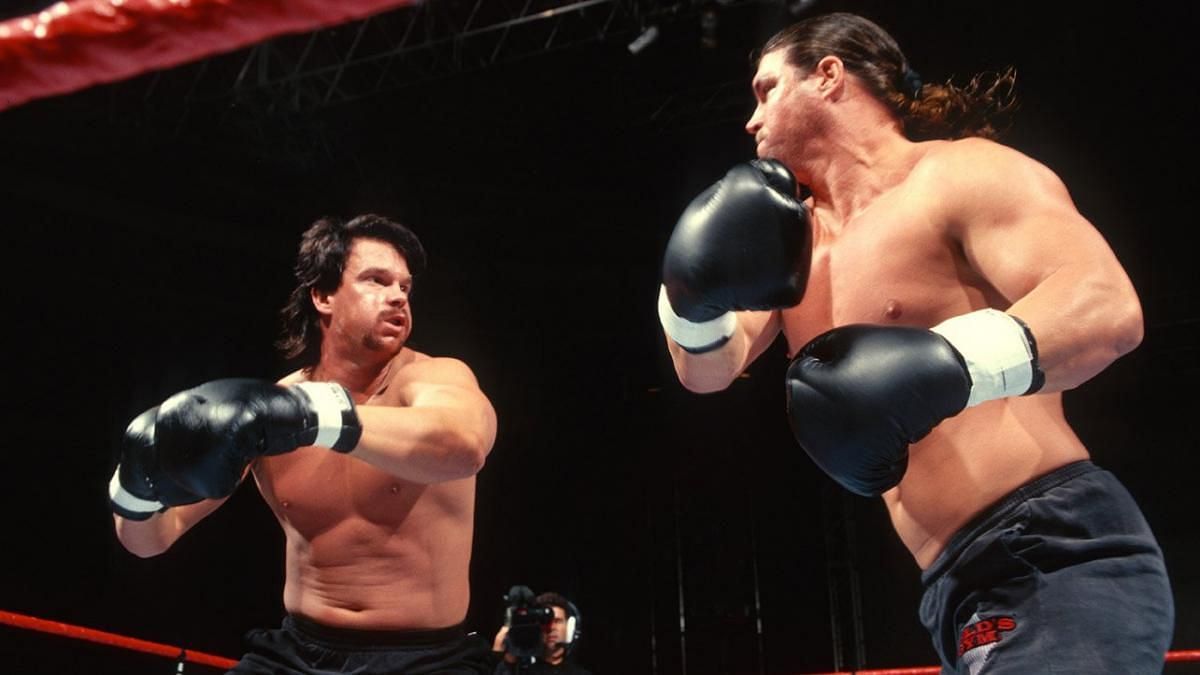 “Me and Bradshaw, we’re the only two people that survived” – WWE Hall of Famer recalls the Brawl for All tournament

The Godfather recently opened up on the Brawl for All tournament in WWE.

The WWE Hall of Famer was on this week’s episode of The Bump. He spoke about his career in the WWE and his many gimmicks like Papa Shango, Kama, The Godfather and The Goodfather.

Speaking of the Brawl for All, he mentioned that he saw the money that he would be paid and agreed to enter the tournament:

The Godfather added that he was confident of winning the tournament. However, looking back, he mentioned that he and Bradshaw were glad to have survived the Brawl for All tournament and have long term success in the WWE:

The Godfather continued, “It was fine with me. I wasn’t part of the political side that came out later in life. I didn’t know anything about that. I was just out there making money and having fun. I legitimately thought I was going to win it. And that’s probably why I didn’t – overconfidence and that type of stuff. Bart got me and Bradshaw and we’re the only two people that survived that whole thing and became Hall of Famers.”

Who would win a modern day WWE Brawl For All? https://t.co/JU5iXJOTGx

In the years following the Attitude Era, more facts about the Brawl for All have become available to fans. Earlier this year, Vice’s Dark Side of the Ring featured an episode on the tournament where it was revealed that then WWE head writer Vince Russo planned the whole thing.

Russo mentioned that he had overheard Bradshaw claiming that he could beat anyone in a bar fight. He then went to Vince to suggest a shoot-fight tournament where 16 superstars would compete to determine the toughest guy in the company.

The tournament was finally won by Bart Gunn who defeated Bradshaw by knockout in the finals.