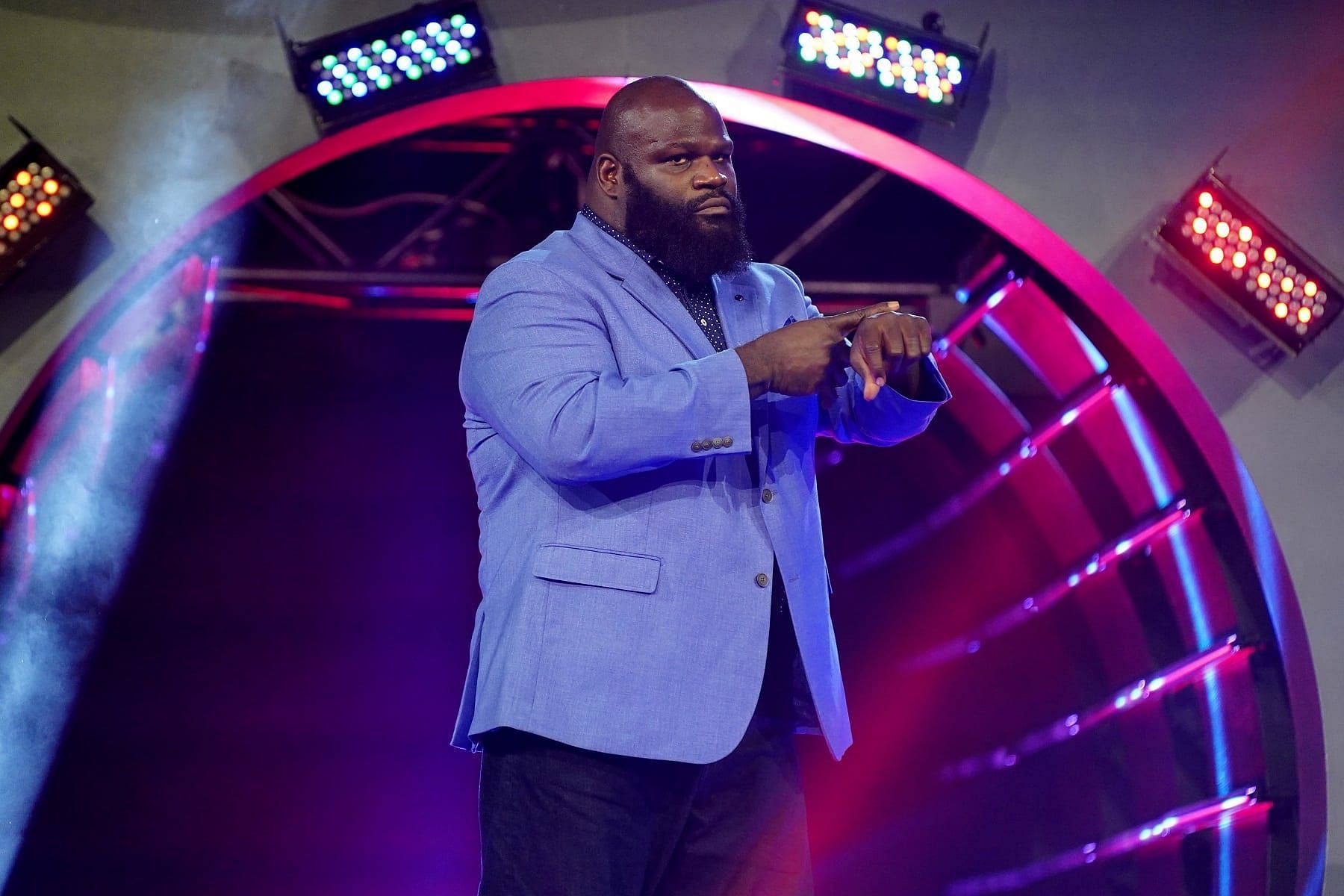 Mark Henry has been in AEW for a few months now, having initially joined the company to be an analyst for Rampage. But the question of Mark Henry making an in-ring return has always been looming around.

The World’s Strongest Man was last seen inside a ring as part of the WWE Greatest Royal Rumble in 2018 in Saudi Arabia. His last singles match was in February 2017, when Braun Strowman defeated him in under five minutes on WWE RAW. Since his last appearance, Mark Henry has been dealing with multiple injuries.

Woah! Mark Henry has jumped to #AEW and will debut as an analyst on Rampage in August! #DoubleOrNothing

During an interview with i95, the topic of his return was brought up once again. Mark Henry laughed off the possibility of returning to the ring to pour cold water on the fans’ hopes of seeing the former WWE World Heavyweight Champion compete once again.

“HA HA HA HA HA HA! I mean, Man, you made me laugh, I’m not getting back in there! If somebody hits me, I’m callin’ the police!” said Mark Henry.

They need Mark Henry on every main event of Dynamite and ppvs. He’s a damn national treasure. IT’S TIME FOR THE MAIN EVENT! #AEWRampage

Despite being brought in as an analyst, Mark Henry has found himself in multiple positions within AEW.

“Man, I am a Jack of all Trades, I’ve been blessed to be able to master a few of them, I’m new to the announcing, and the backstage announcing, but I’m doing pretty good, and I’m enjoying doing it, but I’m most proud of being a part of our community team. To touch all of the members and fans of the communities that we go into, before we do our shows, that’s something special, we leave the place better than we found it.”

The WWE Hall of Famer has been praised regularly for working with Jade Cargill and has been heavily involved with AEW’s community outreach programs.

On AEW Rampage, he is seen interviewing stars competing in the main event that has gotten over with the fans. Paul Wight joined AEW from WWE and eventually made his in-ring return.

Hopefully, if his health permits, we get to see Mark Henry inside a ring once again.