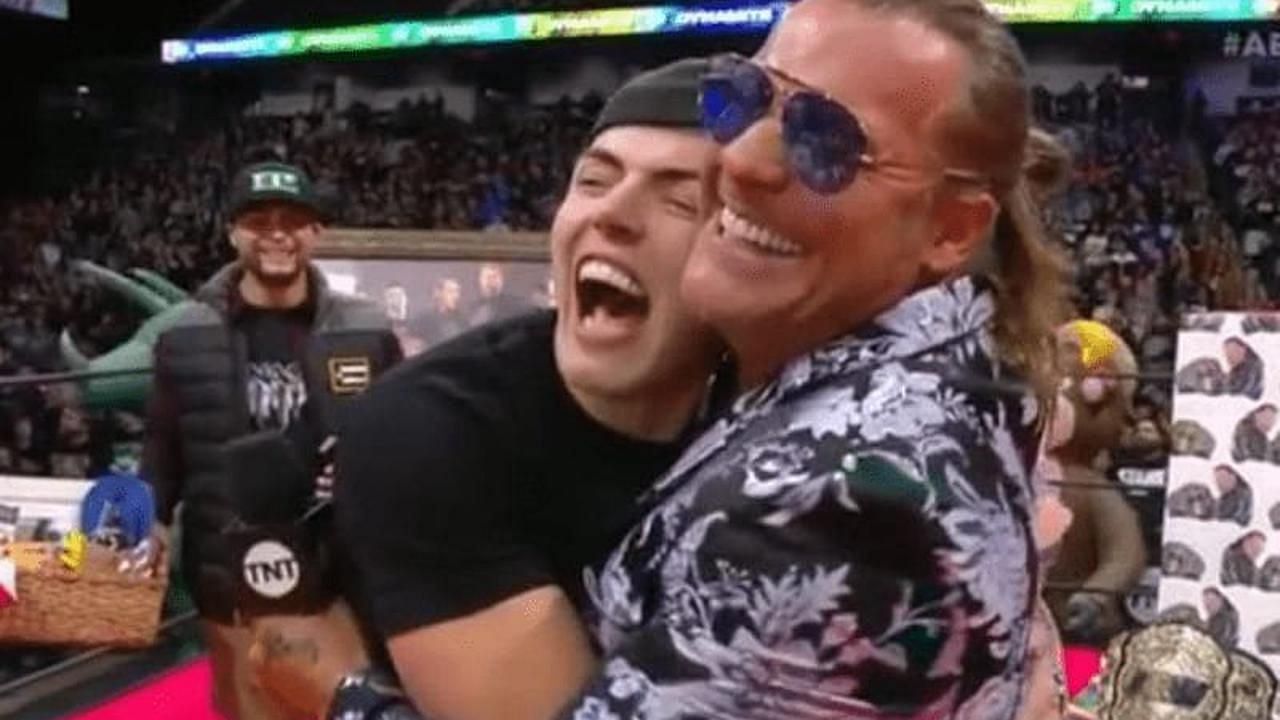 AEW isn’t short on factions at the moment, but four-time WWE world champion Bryan Danielson wants to form a faction of his own at some point.

Inner Circle, Pinnacle, The Elite, Jurassic Express, Nightmare Factory, Dark Order, Team Taz, Hardy Family Office and Best Friends are just some of the notable factions in AEW. In the case of Inner Circle, Sammy Guevara has benefited a lot from his association with a legend like Chris Jericho.

Bryan Danielson pointed to the Spanish God’s growth in AEW as an example of what he wants to try and accomplish by forming his own faction. While speaking to TV Insider, the American Dragon named Daniel Garcia as one of the people he would take in his group.

“If I can get a group together, I’m thinking of a younger talent or two, and that develops into stories within that. Look at Sammy Guevara and Chris Jericho. By Sammy joining the Inner Circle, he’d become a bigger star. He then stepped up to the plate and hit home runs. That’s how you build young stars. A guy that comes to mind for me is Daniel Garcia,” Bryan Danielson said.

Tommy Dreamer: “If Daniel Bryan/Bryan Danielson and CM Punk show up in AEW, it’s going to be like when Kevin Nash and Scott Hall showed up in WCW. They’re going to be The Outsiders. There’s a shift that’s been going on, but it’s must see television.” Tommy Dreamer: “If Daniel Bryan/Bryan Danielson and CM Punk show up in AEW, it’s going to be like when Kevin Nash and Scott Hall showed up in WCW. They’re going to be The Outsiders. There’s a shift that’s been going on, but it’s must see television.” https://t.co/OQYeeInRXY

Bryan Danielson is on a three-year contract with AEW. The number one contender for the AEW World Championship plans to achieve all of his goals within that time.

One of those goals is to ensure AEW becomes must-see television every week and acknowledges that AEW is the best wrestling product.

“The one show my wife and I couldn’t stop watching was Game of Thrones. It just made you come back every week. Helping AEW, I want to help that need for viewers to come back every week. I think they’ve already created the best wrestling product in the United States (…) Helping to get more fans watching and give the feeling like it’s must-see television every week. Those are my over-arching goals, not only for this year, but the three years I’m here,” Danielson added.

Although AEW was good after the pandemic ended, the programming went up a level when the likes of Adam Cole, Bryan Danielson and CM Punk were signed. With promo segments like the one MJF and CM Punk produced and excellent television matches like Andrade El Idolo vs Cody Rhodes, AEW is pretty much must-see already.