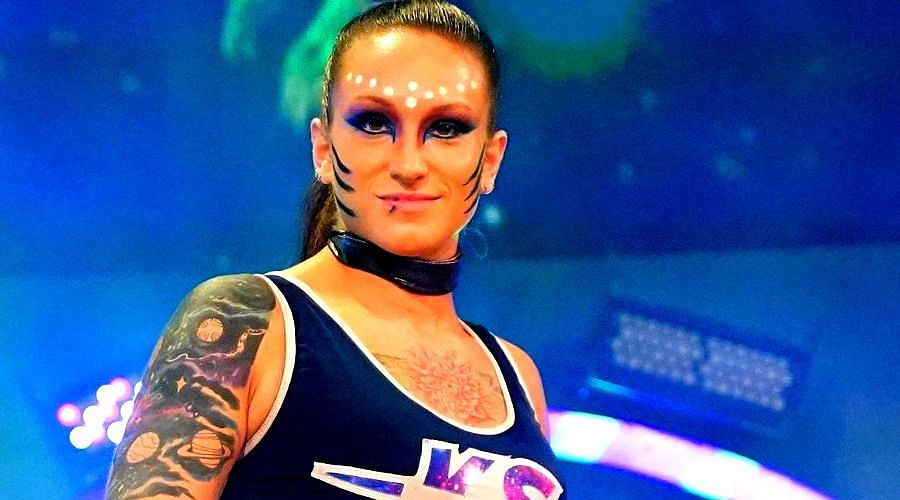 One of the brightest stars in the AEW galaxy is Kris Statlander.

Statlander, the 26-year-old space age sensation, has been tagged as a future AEW Women’s World Champion since she arrived in Tony Khan’s promotion. Right away, fans could see Statlander’s amazing potential.

At 5’9″, the Lady from the Andromeda Galaxy has a size advantage compared to the majority of the AEW women’s roster. The combination of her athleticism, her acrobatics and her physical stature makes her a formidable force.

Kris Statlander is so wholesome for doing the pew pew pew in her entrance. twitter.com/tde_gif/status…

Kris Statlander is so wholesome for doing the pew pew pew in her entrance. twitter.com/tde_gif/status…

Statlander is equipped with great intangibles, but she also has a fun, unique gimmick that fans can get behind. Say what you want about her alien character, but the crowd seems to enjoy it. Plus, it certainly appeals to a different demographic than almost anything else in AEW – kids. Statlander is a charming curiosity to children of all ages, and she pulls it off well.

So well, in fact, that even adults who attend the AEW shows respond to her act. Yes, it’s a little bit hokey, but aren’t goofy gimmicks part of the foundation of professional wrestling itself?

If AEW’s resident alien reaches the next level in Khan’s promotion, the potential for merchandise is as limitless as the universe. Statlander just has to eventually blast off and shoot for the stars.

Wrestling is about respect

What a match, what competitors #AEWDynamite

Wrestling is about respect

What a match, what competitors #AEWDynamite https://t.co/SpXOJcya3P

This week on AEW Dynamite, Kris Statlander faced Ruby Soho in an AEW TBS Women’s Championship Tournament quarter-final bout. There were a few spotty moments during the match, but in the end, the two ladies left it all out in the ring. There were also some feel-good moments after the bell, as the two stars shook hands, embraced and showed clear signs of sportsmanship.

Even in defeat, this match helped get Statlander over against a proven veteran and former WWE Superstar. The Galaxy’s Greatest Alien still has a long way to go, but her raw skills and amazing personality have already been established. Now she just needs to put it all together and work to improve her few shortcomings.

For example, sometimes she’s a step ahead of her opponent because she takes longer strides than they do. That’s very common with taller wrestlers, and it can often make you look awkward or clumsy (even if you’re not). This rarely happens to Statlander, but when it does, it’s pretty noticeable.

Statlander will also have to improve her promo skills while she navigates through the ranks in AEW. She doesn’t have to be the next Britt Baker, but it would be nice to see her cut some serious promos that force her to step out of character a little bit.

With all that being said, the fan-favorite star has proven that she has the requisite tools to excel in Tony Khan’s promotion. Moving forward, there’s no doubt that she will improve in all aspects of her game.

Kris Statlander is already light years ahead of where she was when she started with AEW, and she looks set to hit warp speed heading into 2022.

What do you think the future holds for Kris Statlander in AEW? Let us know in the comments section below.