In 2023, it’s Kenny Omega that returns to New Japan to challenge a Will Ospreay hungry to build his own legacy, creating a dream match that may be even more anticipated than Okada vs Jay White in the top spot. Days before Wrestle Kingdom, Omega gave his thoughts on his return and the match at hand January 4 in this Q and A. 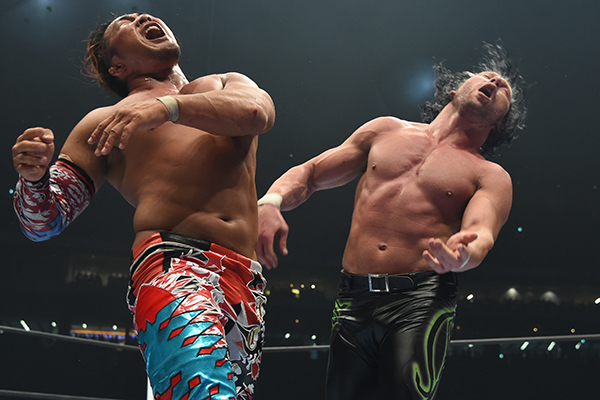 –It’s been three years since you left NJPW. What was your mindset after Wrestle Kingdom 13 and your last match with Hiroshi Tanahashi?

Kenny Omega: It was hard for me to look at myself in the mirror after Wrestle Kingdom 13, after making this company worldwide, really bringing it to the forefront, and not recognizing who was looking back.

It wasn’t meant to be, was it? And I think the part that hurt the most was that after I lost, I could see tears in the eyes of everyone in attendance. And I thought, ‘I know how you feel. This hurts for me too, this is painful’. But when I looked hard, they were tears of joy. They were happy to see me lose. They were happy to see the belt move on to Tanahashi.

–Can you sum up what the last three years have meant for your career and place in the wrestling world?

Omega: You know, we always hear like ‘you’re the best in the world,’ ‘greatest matches of all time’. But maybe somebody else is the best in the world to somebody else. But to me, to truly the best, you have to be the best in all styles. And to me, I’d never truly challenged North American professional wrestling. Not whole heartedly. I thought ‘for all the people that think I’m the best now, all the people that think I’m talented now, just you wait, because I’m going to kill it in America. 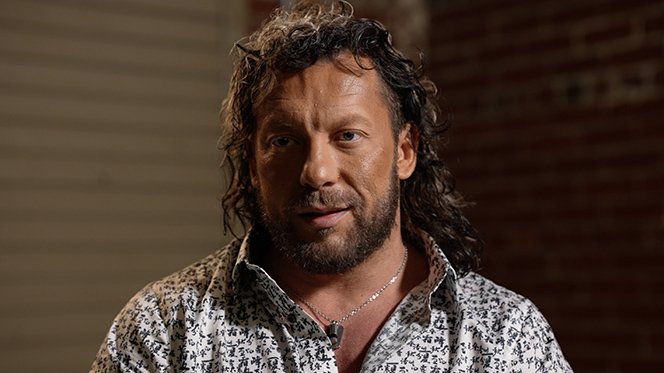 –What are your thoughts of NJPW in your absence?

For me, New Japan kinda became that child that I was ashamed of. I didn’t want to talk about New Japan to other people. I wanted to go back to those days where New Japan was in those infantile stages of creeping over to the West. Under my help of course! With me as the captain, it was sure to succeed.

But after seeing the way that Will has led the ship, I started to become disgusted. And I didn’t understand why ‘why are you backing him, New Japan?’ And I get it. It’s just because you had no-one else. Until now. 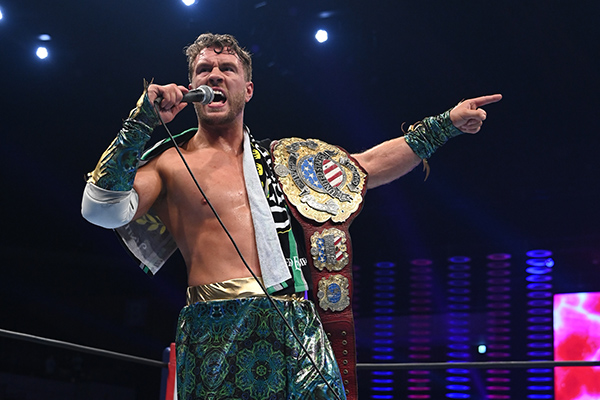 –What were your first thoughts on Ospreay when he came into NJPW in 2016, and how have those impressions changed?

And then when I placed the responsibility of filling my shoes on his shoulders, I started to see him take things a little more seriously. It wasn’t about him having fun in the ring, it was about him getting the job done. For that- I’m proud of you, Will.

There are so many moving parts, so many things. The secret to what Kenny Omega does is something that Will can’t understand, it’s what no-one understands. So in a way, I feel, I feel bad. I feel like I owe Will an apology, because I tasked him with the impossible.

So how do I feel about Will now? I pity him. I pity him for going off on a fool’s errand, and trying to convince every body that he is me. 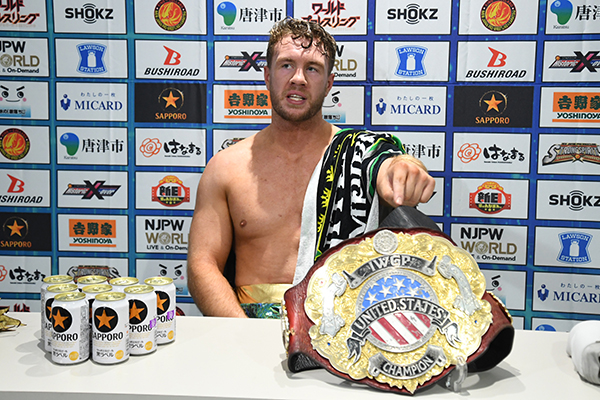 –Ospreay has pursued Kazuchika Okada in much the same way you did through 2017 and 2018. Why do you think it is that you succeeded where he has not?

I’m starting to hear all these stories about people that want to do what Kenny did, live the lifestyle that Kenny lived. I first heard that with Mox, when AEW first started. He said ‘I want to live a month in Kenny’s shoes, I want to try the G1. I want to see how tough it is’.

So why is it that no-one can do what I can do? Well, there’s so many reasons, but the big one, Will, is up here (taps head). It’s what you don’t got upstairs. I’m not going to credit it to your athletic ability, you’ve got oodles of that. Experience? Yeah, experience plays a factor, but when you have so much ability, you can push past that. What you lack, Will, is your mind.

You’re unstable, you’re unintelligent, and that’s why you fail. 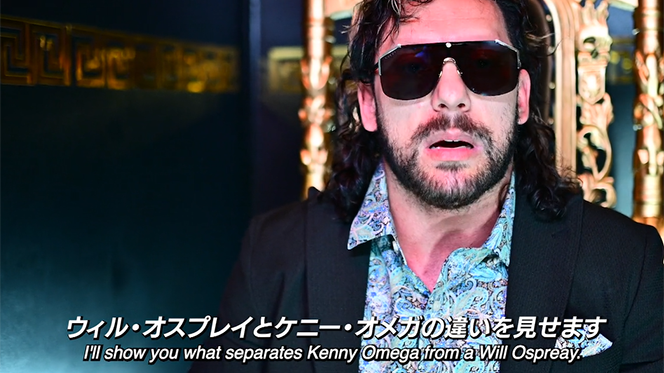 –In your video message you talked about ‘showing what separates Kenny Omega from a Will Ospreay’. Can you put into words what exactly that is?

But on the grand scale, that doesn’t help anybody. It doesn’t help you, Will, it doesn’t help New Japan, it doesn’t help the world of professional wrestling. All it helps is your friends in the UK, that run small operations with small crowds and wrestlers that aren’t ready to make the big time. And sure, it’s great for them, I am… look, I’ve wrestled for these guys too, I’m happy for them too. So, in a way I’m, I’m proud of you, Will. Proud of your accomplishments, proud of what you’ve done.

Because we can confuse that a little bit, about you being a nice guy and not forgetting where you came from, but that’s not what it is. That was you, Will, realizing that on the big stage, you lack something that I have- raw star power. A body, chiseled from granite. The ability to talk to people around the world, not just the people in North America, not just to the UK, but to your crowd in Japan. Something you’ve never done, something that you’ll never do. And if it weren’t for Google translate, it would be something that none of you foreigners will ever do. And you don’t feel any shame for that do you? You’ll own that technology and you’ll let somebody else do all that for you every step of the way.

What makes us so different Will? I carved my own path through my own hard work. You took the easy way out, and you always leant on other people to bail you out when you couldn’t make a mark. 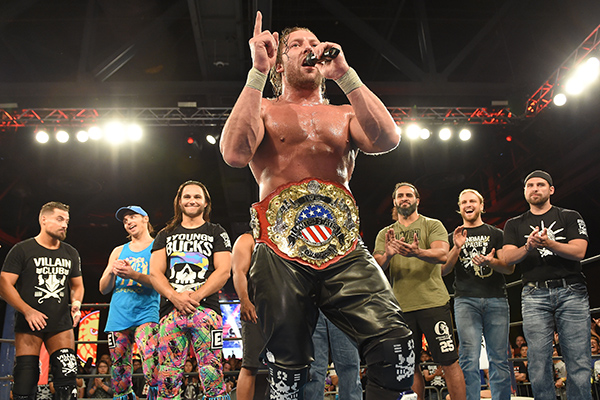 –What would you do with the IWGP United States Championship should you win?

Omega: So, a lot of people don’t understand what exactly that belt means to me. They think maybe it’s just another prize, in the list of accomplishments for Kenny Omega. No, no no!

I am the first ever US champion. The matches that I had on American soil for New Japan Pro-Wrestling will be revered as some of the greatest of all time. And what you have to remember, Will, is though you carry that belt, and though you defended it around the world and done a great job as a champion, what you’re carrying is essentially something that was never meant for you.

That belt, that gold was forged for me. There was never a thought of Will Ospreay. Not one ounce of Will Ospreay went into the care, the passion and the artistry of that belt. Every bit about that belt was meant for me. Every defence I had was memorable. The time that I won that belt, unforgettable.

That belt, sure it isn’t the AEW Heavyweight Championship, not the IWGP World Heavyweight Championship, not the trios belts that I’m trying to win back. But rest assured, Will, a belt that the most prestigious wrestling company in the world made just for me? Yeah, that means a lot to me. And um, if you’re not just going to mail it back, be a nice old bloke, then I’m just going to have to take it back by force. 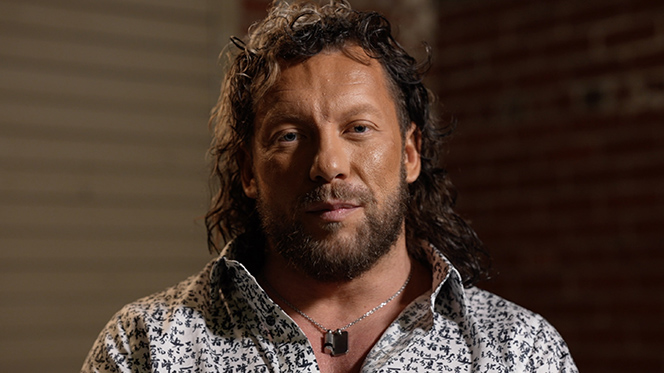 –What do you want your return in the Tokyo Dome to mean for NJPW, AEW, and for yourself? 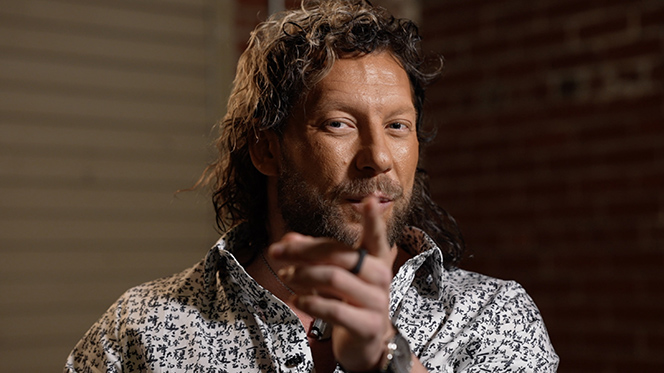 But there’s a shift coming, and unfortunately for you Will, we’re shifting away from this experimental project that was Will Ospreay. And you gave it your best shot, congratulations. I don’t know what else you want from me, I’ll give you a pat on the back, a fruit basket, you did great. But it just wasn’t good enough, and it was nothing compared to the real deal. I’m sorry, Will, but you’re going to have to move on. The king is coming back for the keys to the castle.

Kenny Omega: NJPW fans, I understand that you’re worried. You’re worried about what might happen if I lose, that this 3 year nightmare will never be over. But don’t worry. That golden age you loved, with Kenny as champion is coming back.

So, Will, until next time, I must bid you adieu. It’s coming up real soon, so until then, goodbye and good night- BANG!