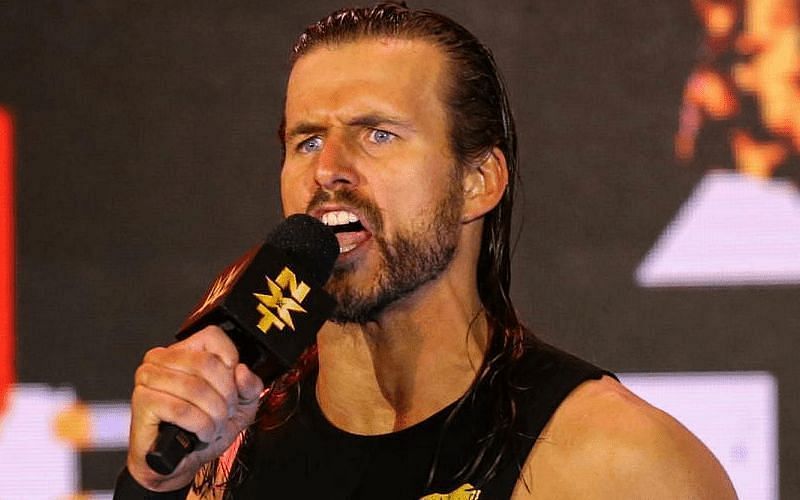 Adam Cole recently slammed AEW broadcaster Tony Schiavone, saying that even talking about the WCW veteran “pisses” him off.

The Panama City Playboy and Schiavone are no strangers to each other, as they faced off in an infamous segment during the former’s AEW Dynamite debut. Cole warned Tony to stay away from his girlfriend Britt Baker, with whom the veteran shares a close bond.

Though Cole and the veteran commentator’s differences haven’t played out on AEW’s programming since then, the former NXT Champion seems to be keeping their rivalry alive. He recently delivered an incendiary promo on Tony Schiavone on AEW Tag Team 2.O’s YouTube show, TheShowRules.

The Real One  ☄️ 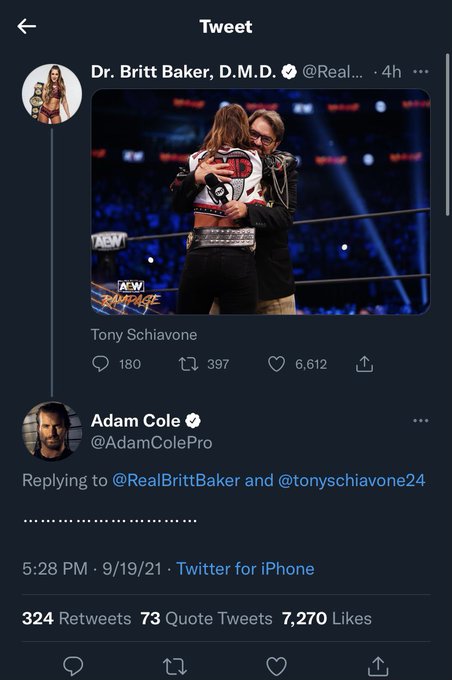 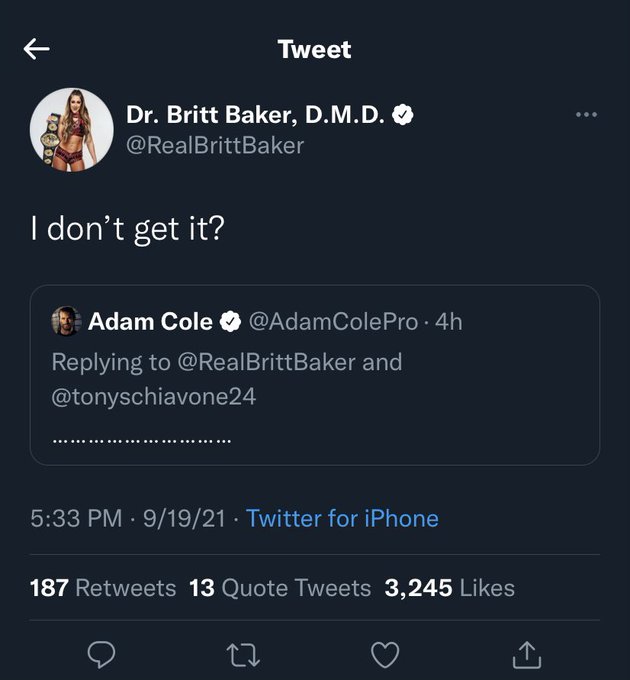 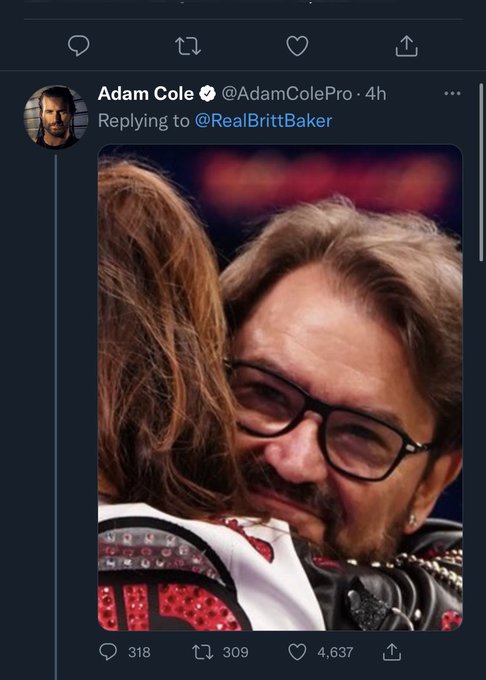 Adam Cole took many shots at Schiavone, particularly criticizing his choice of glasses and suits, terming them “stupid.” Furthermore, the AEW star added that he could say worse things about the WCW veteran, but he won’t because even talking about him “pisses” Cole off.

“You know what really grinds my gears? That old Tony Schiavone. That stupid face of his, those stupid glasses, the stupid suit. There’s nothing that makes me want to tell someone to eat my shorts more than looking at Tony Schiavone’s face. I could go, on, and on, and on, but I won’t because just talking about him pisses me off,” said Adam Cole

Tony Schiavone has nothing but praise for Adam Cole

Their kayfabe differences aside, Cole and Schiavone share a great rapport in real life. Speaking on AEW Unrestricted podcast, Tony Schiavone termed Adam Cole one of the “nicest” persons he has ever met.

He added that only a “wonderful soul” like Cole could have someone like AEW Women’s Champion Britt Baker in his life. The WCW veteran also praised The Elite member for his in-ring exploits.

“He is one of the nicest young [men] that I have met. Listen, you have to be a wonderful soul to be able to live with Britt Baker. And I’m so glad, because I know that the kid can really work. I know that he can really give us a great match. That’s what it’s all about,” said Tony Schiavone

While one shouldn’t expect Schiavone to get physical with Adam Cole to settle this on-screen feud, the two might engage in a verbal duel in the future, which would surely please the fans.

Did you enjoy Adam Cole and Tony Schiavone’s interaction from AEW Dynamite’s September 8th edition? Sound off in the comments section below.