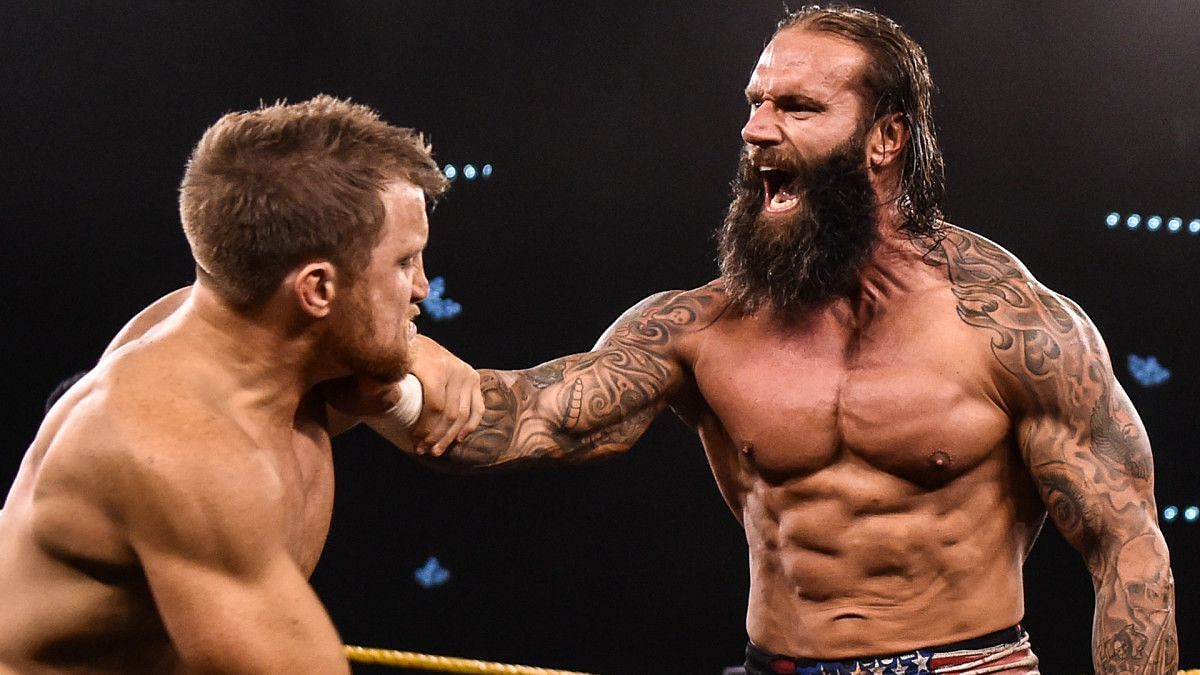 Jaxson Ryker was released in WWE’s most recent talent dump earlier this month, joining a long list of former superstars to receive the cut. In a recent interview with the Wrestling for the Faith podcast, Ryker discussed his release from the company.

In the interview, Jaxson Ryker says that he is not bitter about his release, and that he is looking forward to the opportunities that may come his way. Ryker says his time in WWE afforded him the opportunity to travel the world, make friends, and entertain thousands of fans.

“It’s been — you know, I put a statement out man and I’m not bitter, I’m not angry, I’m not mad by any means. I had five fun years there where I got to do a lot of cool stuff”. Ryker said (h/t Wrestling News.co).

They still watched. Thanks for support dude twitter.com/Apwpwmaf2020/s…

I’m gonna just say this and then I’m going to bed! For everyone sitting here saying thank god @JaxsonRykerWWE got let go finally, you’re super messed up for that! Idc what your personal thoughts are, nobody deserves to be fired, Period!
6:26 AM · Nov 24, 2021
32

I’m gonna just say this and then I’m going to bed! For everyone sitting here saying thank god @JaxsonRykerWWE got let go finally, you’re super messed up for that! Idc what your personal thoughts are, nobody deserves to be fired, Period!

They still watched. Thanks for support dude twitter.com/Apwpwmaf2020/s…

The former member of The Forgotten Sons later added that his release from WWE was not nearly as bad as his release from IMPACT Wrestling in 2015. Ryker, who went by Gunner in IMPACT, says that he was not as financially or religiously stable at the time.

“We came to terms on the end of my contract so you know what? I look forward to the future, what God’s gonna do. I think he’s got some cool doors that are gonna open up for me and let’s just see what happens man”. Said Ryker (H/t WrestlingNews.co)

Ryker was signed to WWE in 2017, before then having a successful tendure in IMPACT Wrestling which saw him win the TNA Television and Tag Team Championship. Ryker went through NXT, where he was eventually paired with Wesley Blake and Steve Cutler to form the stable The Forgotten Sons.

The team’s height of success came with in their deep run in the 2019 Dusty Rhodes Tag Team Classic. A combination of the three men were able to defeat Danny Burch and Oney Lorcan in the first-round, followed by beating Mustache Mountain in the second-round. Unfortunately for the team, they lost to Aleister Black and Ricochet in the finals.

Shortly following The Forgotton Sons’ debut on the main roster, the big man on the team, Jaxson Ryker, made a tweet supporting then US President Donald J. Trump. The tweet was made at the height of the Black Lives Matter protests regarding George Floyd’s murder. The tweet led to a significant backlash online, as well as from fellow WWE superstars and personnel.

Thankful for the @POTUS we have! God bless America. Built of freedom. Forgotten No More

The group was removed from WWE television and quitely disbanded. Blake and Cutler eventually aligned themselves with then-King Corbin on Smackdown, with Ryker working with Elias on RAW.

In an interview with Chris Van Vliet, Wesley Blake said that the group asked Ryker to take down the tweet at the start of the controversy, but he refused. Leading to WWE deciding to separate the group altogether:

“The whole situation got halted,” Wesley Blake revealed. “When we got called up we were told that we were going to be feuding with The New Day. It looked like we were going to be with them for the foreseeable future. Then that tweet happened. Steve and myself, we asked Ryker if he would take it down, but as a man of his own, he respectfully said no. So Steve and I told him ‘Well listen, we are going to separate ourselves from you with our own opinions.’ So we did.” said Blake

Do you think that Jaxson Ryker will ever work for a wrestling company again? Let us know your thoughts in the comment section below!