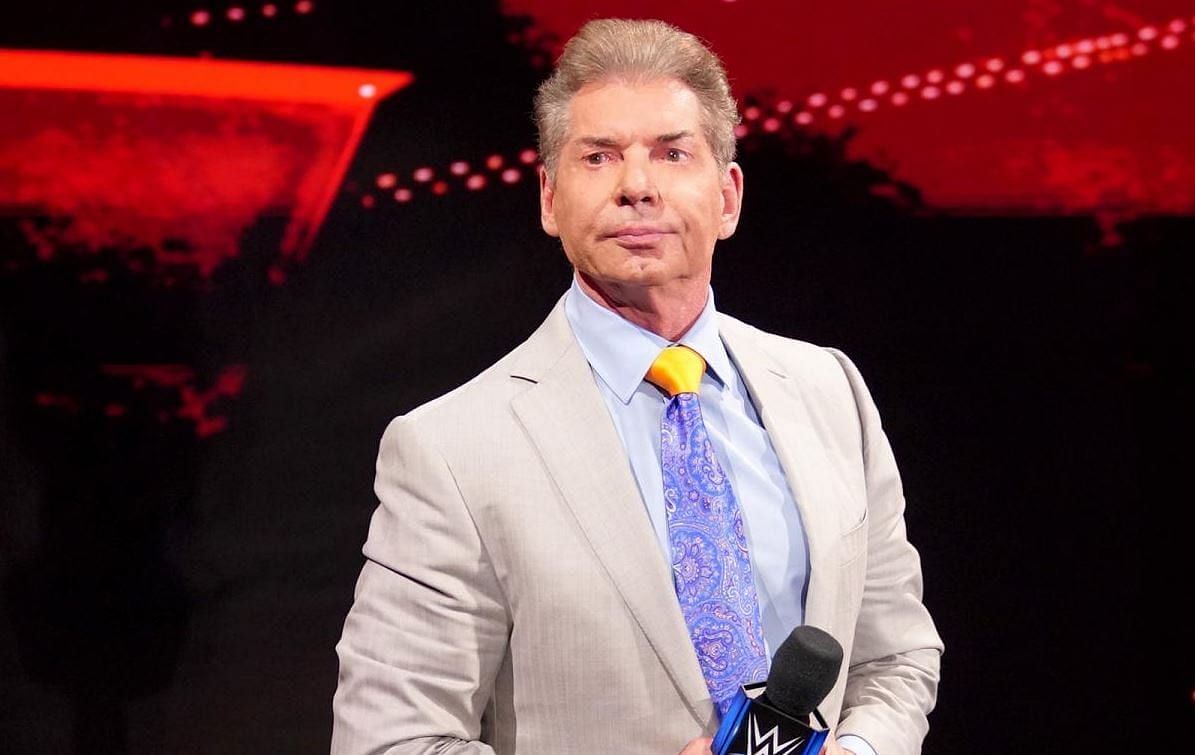 There are all kinds of Vince McMahon stories from several people who worked backstage in WWE.

Whether it’s talent, producers, creative writers, or anyone else, several people working backstage get involved with McMahon. This story from former creative writer and famous actor Freddie Prinze Jr. certainly takes the cake.

Prinze Jr., famously known for his movies in the late 1990s and early 2000s (She’s All That, Scooby-Doo, I Know What You Did Last Summer), had a tenure as a WWE creative writer between 2008 and 2009. He recently opened up about several of his experiences working backstage in WWE, including his interactions with WWE Chairman Vince McMahon.

Speaking on his Wrestling with Freddie podcast, the actor and former creative writer recounted a bizarre instance where Vince McMahon held a promo class and wanted 4-time world champion Sheamus and Wade Barrett to pretend to act like dogs. Vince McMahon gathered the talent, agents, and writers in one room and explained to the superstars in particular what they’re lacking.

“‘Now you’re going to show me what you got. Let me get some volunteers.’ A few people put their hands up. Sheamus gets up and walks to the front. He takes initiative. He doesn’t wait for someone to say yes. He takes initiative and Vince likes that. That’s an Alpha move. Wade Barrett gets up next. We have an Englishman and an Irishman. This should be a really easy promo for these guys to cut. Vince said, “I’m going to give you a premise. You’re a dog and you’re a dog. Now make me want to watch you fight.’ My heart stops and I’m not even the one doing it. You can feel the panic. Everyone got tight. There was so much tension. You can see sweat beads all over Wade Barrett’s forehead. Sheamus is stone quiet. He doesn’t move.”

Prinze Jr. went on to describe the highly-uncomfortable situation and how McMahon canceled the class:

“They’re frozen. 30 seconds go by. Not a sound. 45 seconds go by, nothing. I’m dying. I want to jump up and say, ‘Stop.’ It’s like watching a murder. A minute goes by. Sheamus says by accident out loud, ‘I think I’m having an out of body experience’, and no one laughs because they can’t believe that it just came out of his mouth. Wade takes the first step. He growls, and as soon as he growls, and Vince gets up and yells, ‘Not an actual f**king dog. Son of a b*tch.’ and he storms out of the room. He came back and said, ‘Let’s try again.’ Sheamus is going to be the babyface dog and he starts talking. He said, ‘I’m a good old dog. I’m loyal’, and Vince said, ‘Just forget the whole damn thing’ and storms off. Promo class is canceled.’’

Ultimately, it seems to have been a miscommunication between the talent and Vince, many of whom weren’t aware of the terminology that the WWE chairman was using.

Also, if you aren’t tuning into @RealFPJr’s own pod each and every week you are truly missing out. It’s phenomenal stuff: open.spotify.com/show/1FZDpAfv4…

Freddie Prinze Jr. explained to Vince McMahon the error of his ways

I genuinely loved every second of this chat w/ @RealFPJr on today’s #helwanishow. I can listen to him talk about old wrestling stories for hours.

I genuinely loved every second of this chat w/ @RealFPJr on today’s #helwanishow. I can listen to him talk about old wrestling stories for hours.

In a move that not many people would have done, Freddie Prinze Jr. approached McMahon five minutes after the debacle and explained why the superstars were being set up to fail in such situations.

He explained to McMahon that not only was he using terminology that the superstars didn’t understand, but they were also nervous to fail in front of people who make decisions about their entire career.

Instead, Prinze Jr. pitched an idea to Vince McMahon. He offered to host acting classes in an empty room so that the superstars could learn the way he and other successful Hollywood actors learned. McMahon simply told him to find a stage manager and have it arranged, so he did.

He said that the following week, the stage manager did exactly that and set up a room or promo classes. When Freddie Prinze Jr. walked in, he described it as a “utility closet about the size of a prison cell in Alcatraz”.

What do you think of Vince McMahon’s unusual way of ‘training’ WWE Superstars? Please share your thoughts in the comments section below.