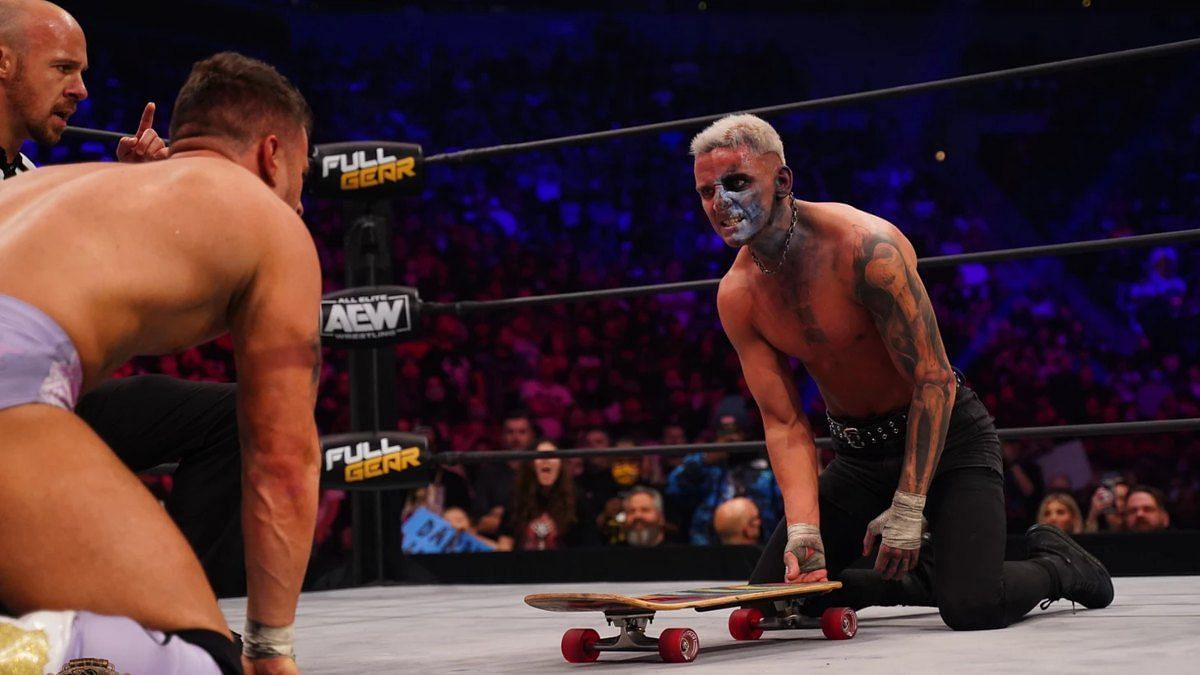 AEW’s Darby Allin recently revealed that he views his match against MJF at Full Gear as the best bout of his AEW career. Darby also added that how the contest at Full Gear was an important one for both stars.

Darby Allin and MJF had a stellar match to open AEW Full Gear 2021. The match lived up to the hype created by all the exceptional promos leading up to the event. Touted by many as the best match of the night, MJF walked away with the win against his rival Allin, who gave it his all on that night but ended up falling to the mind games of The Salt of the Earth.

During a recent episode on My Mom’s Basement with Robbie Fox, Allin appeared as a special guest and the former TNT champion spoke about his match with MJF at Full Gear.

The Daredevil stated that his match with Maxwell is currently the most favorite battle that he had in AEW. Allin then revealed how the match was important for both stars who are considered the pillars of AEW.

Darby stated that Full Gear was a platform for both Maxwell and him to prove that they belong in AEW and to avoid getting lost in the shuffle of an ever-growing roster.

“In a weird way, I know it sounds crazy, but it’d have to rank number one, in a weird way only because I don’t like to give Max that credit. The whole thing with that is, going into the match, I had a lot to prove myself because there’s all these new faces coming to AEW and we had to prove to them, the audience, that the pillars, so to speak, are gonna steal the show, and we did just that. So it’s good not to get lost in the shuffle in these times.” said Darby Allin (H/T WrestleZone)

After suffering a defeat at the hands of MJF, Darby Allin faced Billy Gunn in a one-on-one match on Rampage. The bout was dominated by Billy who used his massive physique to demolish Allin. At one point, fans even had doubts about Allin’s ability to win this match against the veteran.

Not ONE, but TWO coffin drops from @darbyallin 🚨 #AEWRampage https://t.co/g8mbreXzfT

However, Darby found a way to scratch out a win over the WWE Hall of Famer as he pinned him after hitting 2 coffin drops.

After the match, Billy Gunn and his sons attacked Sting and Allin and the confrontation certainly seemed to be a teaser for the start of rivalry between the Gunn Club and Sting and Allin.

Who are some opponents you would like to see Darby Allin face in the future? Share your thoughts in the comments section below.