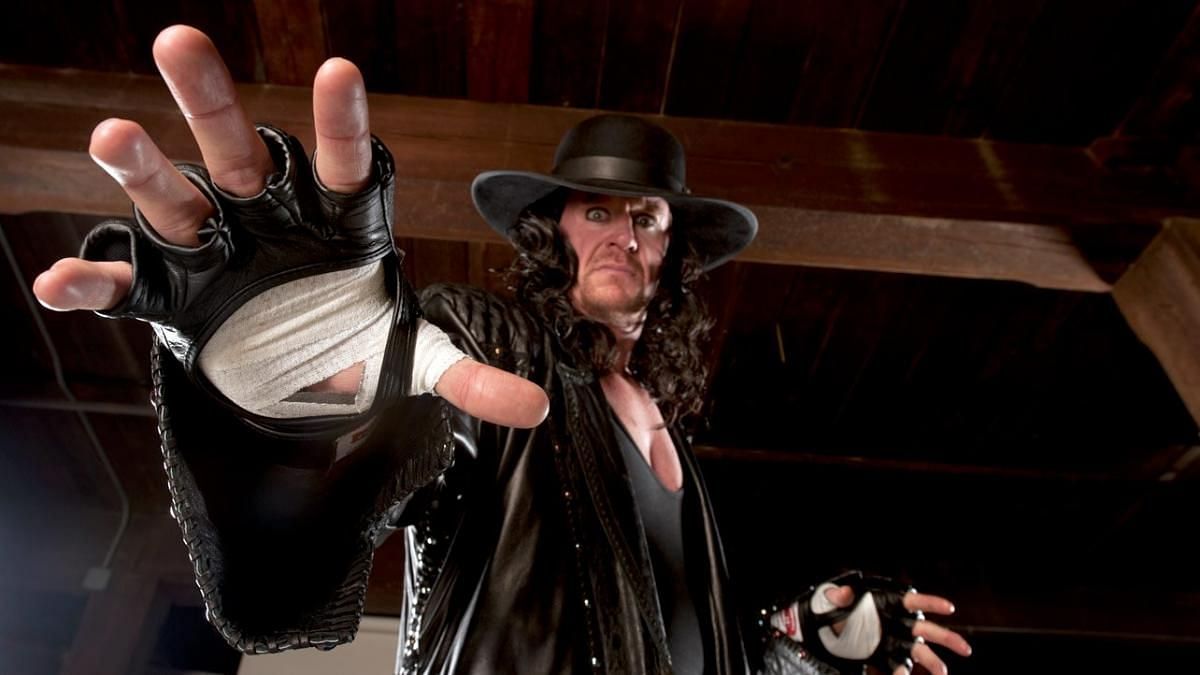 The Undertaker recently spoke about his Buried Alive Match with Vince McMahon at Survivor Series 2003.

This past week, The Undertaker sat down with Matt Camp and Ryan Pappolla on WWE’s The Bump. The Phenom looked back and spoke about some of the biggest moments of his three-decade-long career in WWE.

Taker recalled his 2003 Survivor Series encounter with Vince McMahon. He said Vince often reminded him that Taker split him open during the match. The Deadman said Vince also swung at him with a shovel leading to a laceration on his arm. The Undertaker reminded fans that he was roughed up by Kane in the match and then buried alive:

“What he reminds me of is that I split his eye open. Pretty early I hit him. He got me back because he hit me with a snow shovel. Where they found a snow shovel in Dallas, I have no idea. He definitely got the receipt and hit me with this snow shovel and it cut me. I remember going, ‘Wow, that stung.’ When I look down my arm was, this lay open. You don’t mess with the boss man. It was a bad night at the office, definitely.”

What does #SurvivorSeries mean to @undertaker?

What does #SurvivorSeries mean to @undertaker?

The Undertaker retired from in-ring action at Survivor Series 2020

The Survivor Series 2020 pay-per-view marked thirty years of The Undertaker in the WWE. The show was built around honoring Taker’s career and was the final stage for The Deadman to bid farewell to his fans.

Many WWE superstars, such as Shawn Michaels, Kevin Nash, Ric Flair, Booker T, Triple H, Kane, and Big Show, who had locked horns with Taker back in the day, also came to the ring.

Finally, The Deadman himself came down to the ring and addressed the WWE Universe. In a short promo, The Undertaker mentioned that it was time for the character to “rest in peace.”