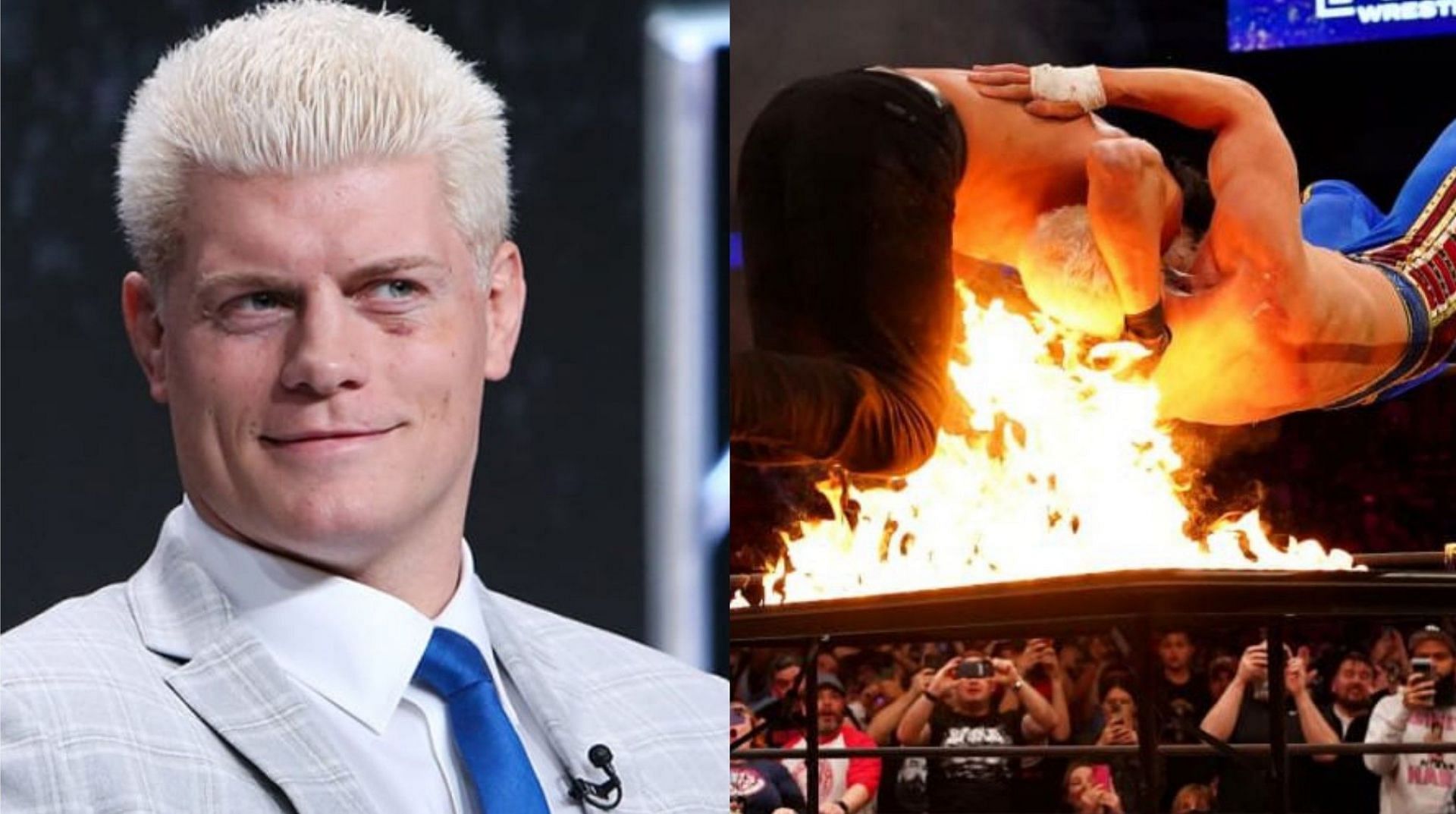 Cody Rhodes is a polarizing figure for a reason, and he proved why – once again – during his match against Andrade on this week’s episode of AEW Dynamite.

This past Wednesday night, Brandi Rhodes surprisingly showed up during the closing moments of the Atlanta street fight between Andrade and Rhodes. The latter had the former NXT Champion set up on the top for a reverse suplex.

But before The American Nightmare could execute the maneuver, his wife lit the table beneath it. Whether or not this was a ploy from the couple, the aftermath saw Rhodes pulled off the finisher, thus taking a fierce bump on the flaming table with his back catching up a fire.

Things you can only say in the Pro Wrestling world… One of my coworkers reversed superplexed another coworker through a flaming table tonight at work. #AEWDynamite
11:27 AM · Dec 2, 2021
2748
455

Things you can only say in the Pro Wrestling world… One of my coworkers reversed superplexed another coworker through a flaming table tonight at work. #AEWDynamite https://t.co/hSbvuXZfKC

It was a sight to behold for all the wrestling fans watching the main event that night. Regardless of how scary it looked, Cody Rhodes successfully pinned Andrade El Idolo.

As per the Wrestling Observer Radio, The American Nightmare himself was the brainchild behind implementing such a spot on AEW Dynamite. The 36-year old star was keen to create a memorable moment in front of his hometown crowd.

Last year, the former WWE star delivered a similarly breathtaking spot when he executed a moonsault from the top of the cage during his steel cage match against Wardlow in Atlanta. It wouldn’t be far-fetched to say that the flaming table spot appeared to be more critical than a jump from 20 feet above the ring.

According to reports, both Andrade and Rhodes are seemingly okay after their gruesome encounter. AEW, via their official Twitter handle, even shared graphic images of Cody Rhodes’ back. 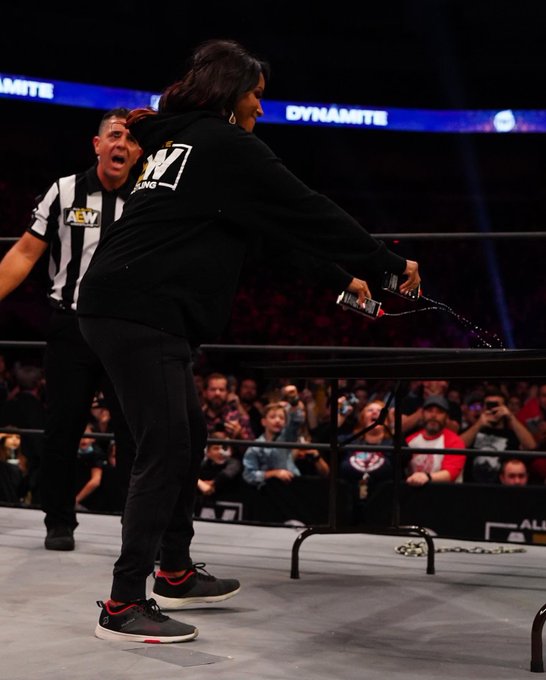 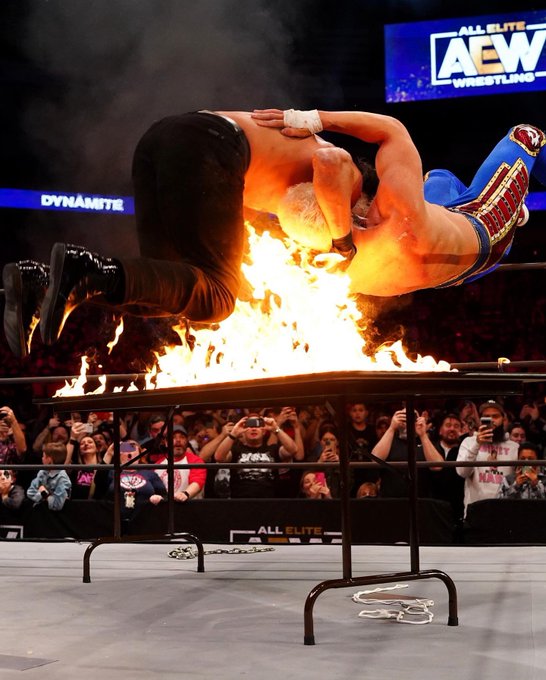 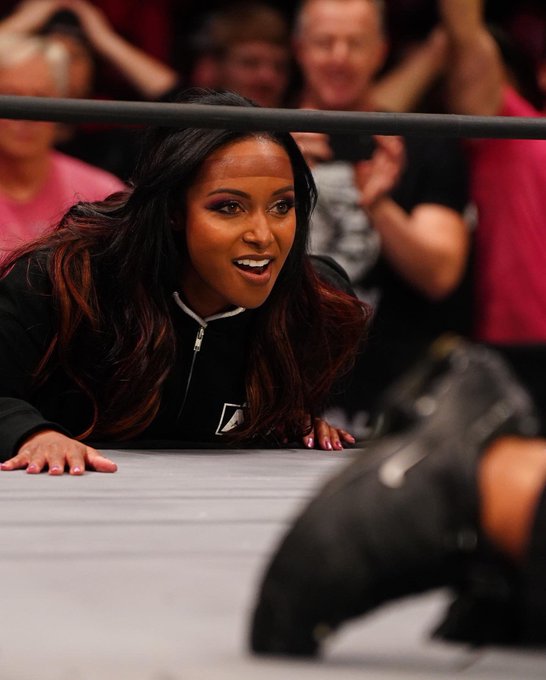 Brandi Rhodes must owe an explanation to Cody Rhodes after what she pulled off during her husband’s match that night. Even the American Nightmare had a look of disbelief after the way his bout panned out.

However, there could be a possibility that the couple may have played the master game in executing this swerve.

Notable question marks are left hanging over this match. Is Brandi pushing her husband for a heel turn? Or is Cody already in on the plan too?

It will be interesting to see how their storyline will unfold next. The AEW universe may likely find some answers on the upcoming episodes of Dynamite.

What do you make of Cody Rhodes’ flaming table spot on AEW Dynamite? Sound off in the comments section below.