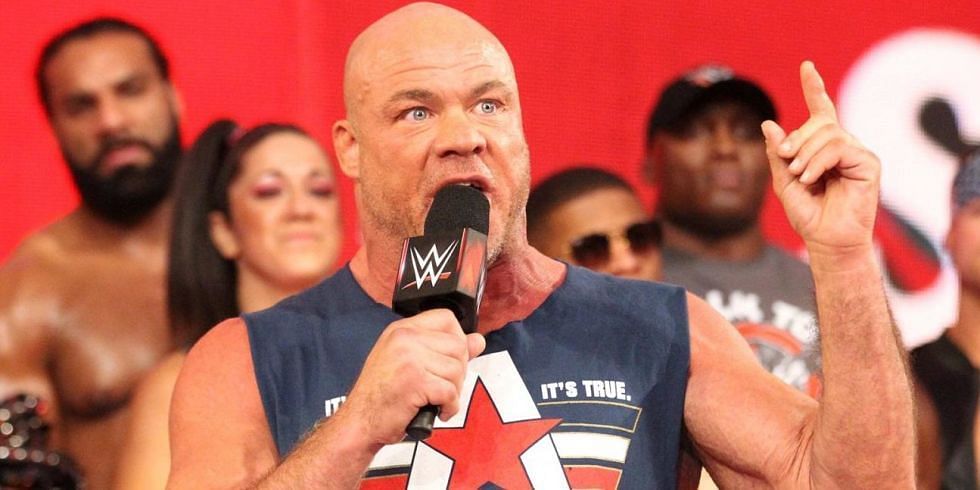 In an interview with Sportskeeda Wrestling, Daniel Puder said that Kurt Angle is a little bit of a ‘punk.’

Daniel Puder claimed how the same reflected when he went up to Kurt Angle to shake his hand. The former WWE star added that he understood what prompted Angle not to do so, as Puder showed him up on TV.

As per Puder, Kurt Angle seemed to be rude, and the above instance cites so.

“I think he’s a little a little bit of a punk. It showed when I went to go shake his hand and he didn’t want to shake my hand. I get it, I showed him up on TV, he wasn’t expecting me to do that, those were the ground rules, you can listen to the ref that actually stopped it early. There’s a video online…I’m like what’s the deal, you want to tell the truth one point.”

Daniel Puder talked of the time Kurt Angle challenged him

Daniel Puder thinks Kurt Angle shouldn’t have been put into that position where he had to challenge the former SmackDown star.

While challenging, Angle didn’t realize that Puder’s skills are enough to go toe-to-toe with the Olympian.

“It is what it is, they shouldn’t have put him in that position. He shouldn’t have challenged me, he didn’t know that I had some skill set to be able to jack him up.”

Puder went on to talk about Kurt Angle’s attitude and said the WWE Hall of Famer was rude to him. He added that if Kurt Angle was smart enough, he’d have thrown his ego out of the window by now:

“His game is wrestling and mine is MMA, so, I think, he’s somewhat, you know, a bully or a punk but, at the end of the day, if he was smart he would take his ego and throw it out the window and give me a chance to run a show with him. And build something with him at some point. I would still be open today, who knows, but it’s a pretty interesting scenario.”

Puder wanted to have a show with Kurt Angle, but the former WWE Champion’s attitude didn’t give him the chance to. After everything that has happened, Puder says he’d still be open to doing a type of angle/show with the Hall of Famer.