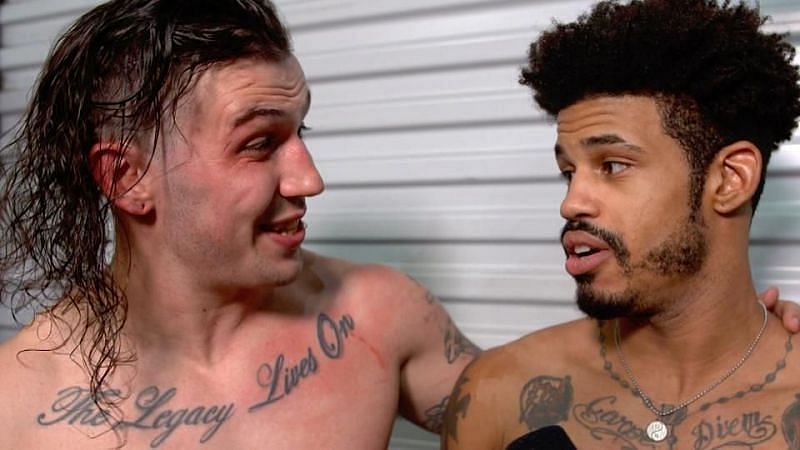 Identity of MSK’s shaman to be revealed on this week’s episode of WWE NXT 2.0

Wes Lee and Nash Carter, collectively known as MSK, have been on the hunt for their “shaman” in recent weeks. The adventure has left viewers guessing, but the identity of this mysterious individual is set to be revealed this Tuesday on WWE NXT 2.0.

Carter and Lee lost their NXT Tag Team Championship to Imperium on the Halloween Havoc special episode. Since then, MSK has been seen in short comedy sketches, where they have been spotted traveling around and looking for the shaman.

During the WWE NXT WarGames PPV, the company announced that fans will meet this individual Tuesday night on WWE NXT 2.0. Lee and Carter have already generated even more buzz on social media regarding this revelation. The latter told a fan that the wait would be worthwhile. Likewise, Lee previously teased that fans will “never believe” who the shaman is.

Tune in next week to see what happens next!!!

THIS TUESDAY on #WWENXT 2.0

THIS TUESDAY on #WWENXT 2.0

Tune in next week to see what happens next!!!

Up to this point, it’s been hard to tell who the shaman is, as Carter and Lee haven’t offered many hints. At one point, they noted that the individual was a tag team specialist, but this term could describe countless Superstars.

MSK search for the shaman has been a wild ride

MSK started after they lost their titles. Because they were feeling down about this setback, they decided to seek the wisdom of a “man behind the curtains.” Evidently, they are paying a hefty fee for his advice; Carter and Lee brought a lot of money with them on their way to meet him.

Later on, MSK tried to find the shaman’s new address, which turned out to be 420 miles away. Lee and Carter eventually took a plane in an effort to get to this distant location, but this trip was filled with even more obstacles.

MSK have found their shaman!

But did @NashCarterWWE & @WesLee_WWE ALSO finally reveal what #MSK stands for at the same time?! #WWENXT

MSK have found their shaman!

But did @NashCarterWWE & @WesLee_WWE ALSO finally reveal what #MSK stands for at the same time?! #WWENXT https://t.co/kD6Vkf12kr

In the next episode, a police officer pulled MSK over because they were driving too slow. MSK were then asked to open their bag of “supplies” because the officer could smell something suspicious. But the duo caught a lucky break because the another car sped by, so the law enforcement official had to chase this perpetrator instead.

In the final segment of the storyline before NXT WarGames 2021, they were seen knocking on the door of the shaman’s house. Someone answered, but their face was not revealed. Thankfully, after several twists and turns, fans will finally get to see who MSK’s shaman is on this week’s episode of WWE NXT 2.0.