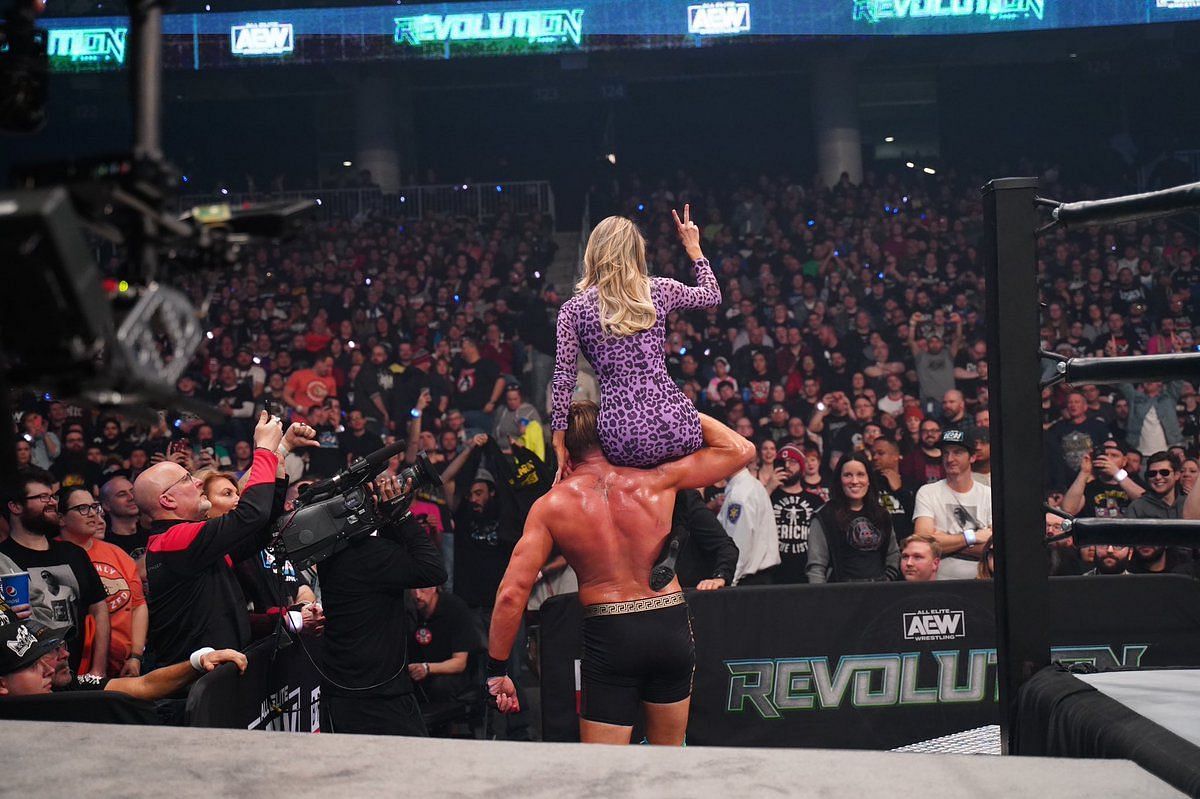 AEW star Jake Hager recently stated that he wanted his wife to get some more time on television.

Catalina Hager has appeared on AEW programming a few times but she isn’t a regular character yet.

Jake Hager recently spoke to Renee Paquette and Anthony Smith on Sirius XM. Hager discussed his run in AEW during the interview and discussed his intention to go after Gold in AEW, conducting wrestling classes for members of the roster and revealed why he wanted his wife on AEW television with him more often.

Speaking about why he wanted his wife, Catalina Hager, on AEW television more often, Jake Hager felt that having his wife with him added a new dimension to his character:

I’d really like to get Catalina on TV more with me. I think she just makes me cooler. I think everybody would agree with that.

Jake Hager is looking to go after gold in AEW

Hager also had a lot of praise for AEW and how the promotion keeps bringing in good people, also praising the atmosphere backstage. He also stated his intention to help younger stars backstage whenever he was needed:

It’s really cool. After my last fight with Bellator, I came out and I said that I wanted to go after some championships and we got into that really intense storyline, the team storyline against The Pinnacle that led us Stadium Stampede II which was a huge success and really cemented The Inner Circle in AEW history in my opinion. We had a great moment there. Really, it’s so cool to see what The Inner Circle has done. I just want to continue to help them and contribute in whatever way I can. I definitely would like to go on to some individual or tag team championships. I don’t care, I like ‘em both. I really like what AEW’s doing. They really bring in just good people and that makes it fun to go there and work and makes you wanna help people so, whatever they need me to do to help, I’d love to. H/T: PostWresting

Jake Hager also added that he has already spoken to Tony Khan about conducting “wrestling classes.”