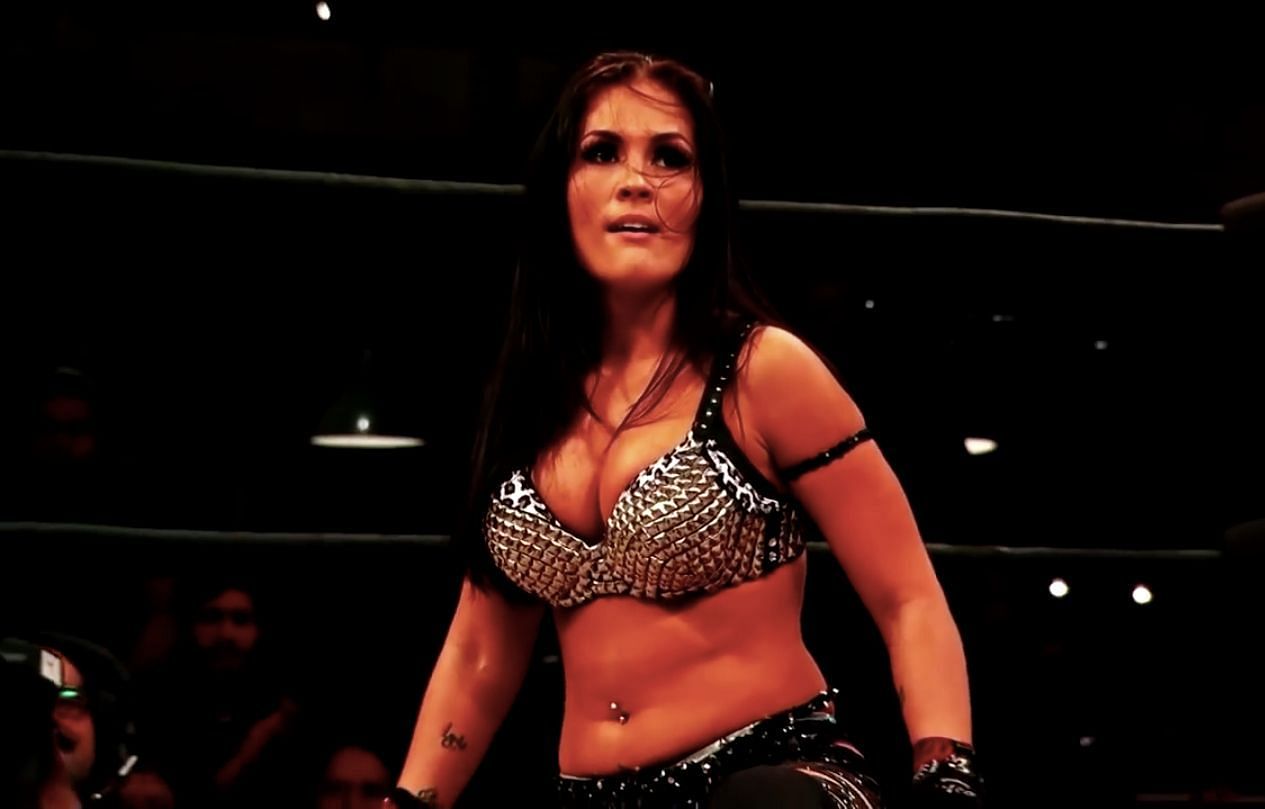 WWE signed Ivelisse Velez to a developmental contract back in November 2011 and she went on to participate in the Florida Championship Wrestling.

A year later, FCW was rebranded as NXT and Ivelisse was part of the women’s roster at that time. However, WWE decided to release her in 2012 due to an issue that she had with WWE Performance Center head trainer Bill Demott.

Several other prospects made complaints about DeMott’s training methods over the years, as well. He eventually resigned in 2015 amidst all the allegations.

During a recent episode of Front Row Material podcast, Ivelisse talked about her WWE career and how she was the least paid wrestler in NXT. She added how the addition of Sara Del Rey paved the way for her exit from WWE.

“I had no idea that they were gonna hire Sara Del Rey at that time yet. I was actually one of the ones that was helping a lot with the training of the girls. Like even there were a couple times that before of course, leading up to me being let go which made it even more confusing for me, I was even helping them and taking over the class to help Norman Smiley and everything like that and also too, they told me that even all that, I was the lowest paid of all of them and that was a whole other conversation thing too.” said Ivelisse.(H/T Postwrestling)

Is Ivelisse still part of AEW?

After getting released from WWE, Velez wrestled for multiple independent wrestling promotions. In 2019, the former WWE star ended up signing for AEW and debuted in the Women’s Casino Battle Royal at the AEW All Out pay-per-view.

Apparently, Ivelisse has been let go by AEW.

According to Fightful and Meltzer, there were backstage issues and disagreements with her and several AEW coaches.

No official word on her release from AEW, but she announced her departure via Twitter. 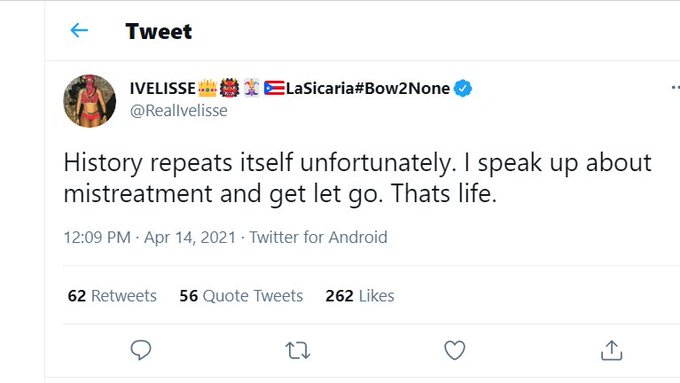 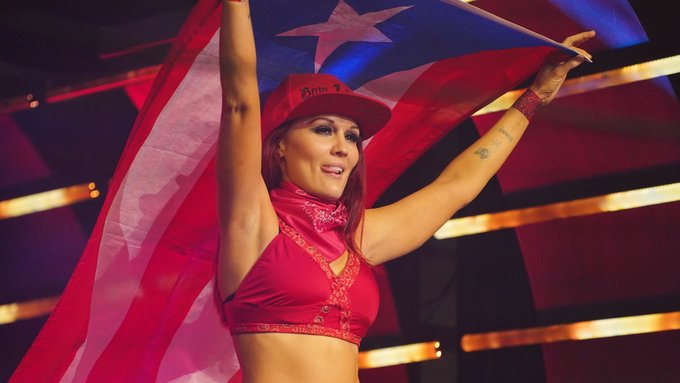 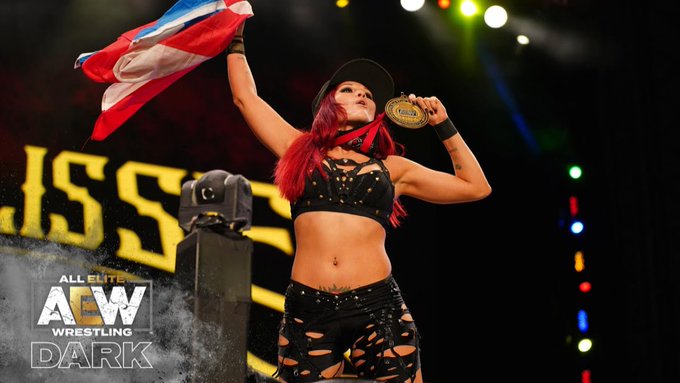 Apparently, Ivelisse has been let go by AEW.

According to Fightful and Meltzer, there were backstage issues and disagreements with her and several AEW coaches.

No official word on her release from AEW, but she announced her departure via Twitter.

After working under AEW for 2 years, Ivelisse was released by AEW in April, 2021. It was later revealed that Velez had a backstage fight with AEW star Thunder Rosa which became the reason for firing her from the promotion.

What do you think the future holds for Ivelisse? Do you think she will return to either WWE or AEW? Share your thoughts in the comments section below.