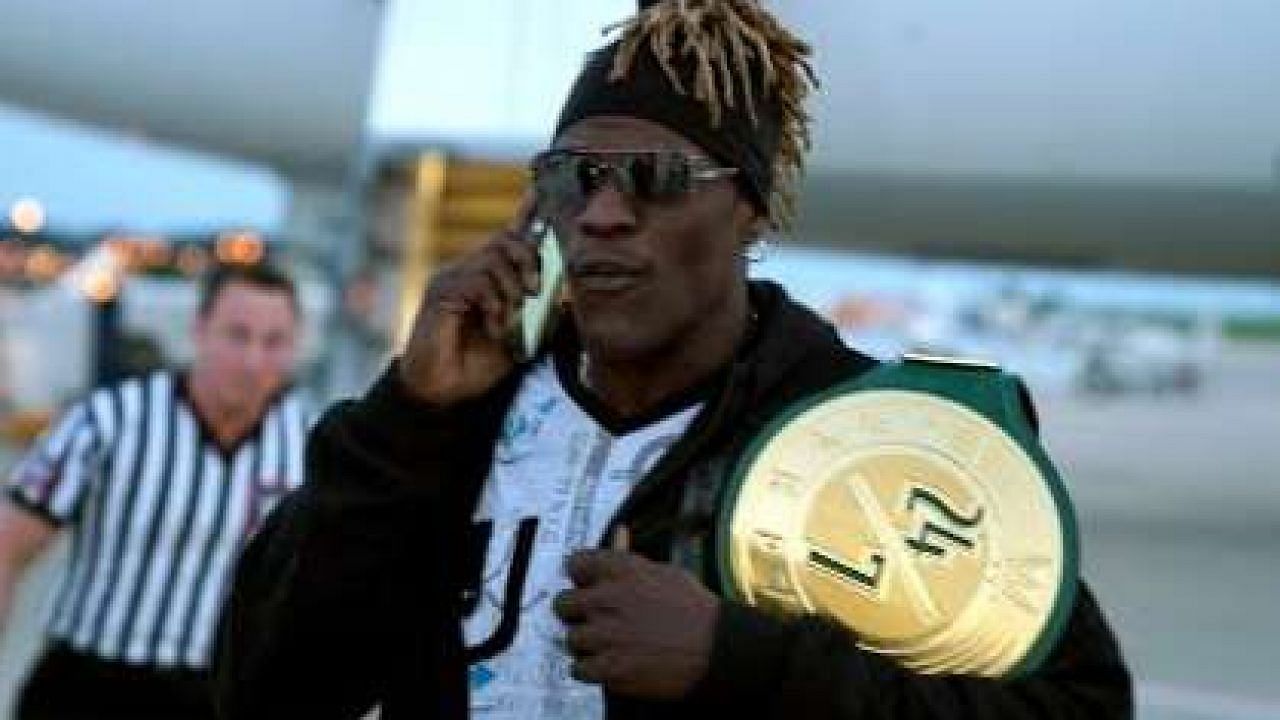 WWE Superstar R-Truth did a lot of crazy things as 24/7 Champion.

R-Truth was the latest guest on the Notsam Wrestling Podcast with Sam Roberts to discuss all things WWE. While talking about the crazy hijinx that ensued during his numerous 24/7 title reigns, R-Truth revealed that he got himself pretty banged up in quite a few situations.

“I did a scene with Tozawa with the trash can. If you’ve never been inside a metal trash can before, inside a metal trash can hurts,” R-Truth said. “I had to fall back in there. I’m talking about bones and everything, you’re around metal, and you’re falling in there. It was one of those things that fans wouldn’t know. The Old Spice, when I came through the wall, those wooden boards whooped my a**. I was bleeding. They were supposed to have plastic, but it was real wood, and the wood was the ‘cut you wood.’”

So many take aways from today’s #NotsamWrestling podcast with @RonKillings

So many take aways from today’s #NotsamWrestling podcast with @RonKillings

R-Truth also shared a crazy story about Carmella and a golf cart that resulted in Truth getting slammed into a fence after the cameras stopped rolling.

“I want to say when Carmella dragged me on that golf cart,” R-Truth said. “It was souped up and they didn’t tell us it was one of the brand new 250 motor engine that has a supercross, turbo twin pipes to it. I’m telling Carmella, ‘When you hit the gas, hit the gas. I’m going to run past you, I’m going to stop, look at you and I’m going to let you pass. I’m going to catch you.’ She said, ‘Really’, and I said, ‘Yes, just take off.’ Bro, she dragged me on that damn golf cart, and everybody that was on the golf course was over there laughing. She drugged me to where when we were off camera, by the time she turned the corner, it slammed me into a fence.”

With Dana Brooke currently holding the WWE 24/7 Championship, it will probably be a while longer before R-Truth can get his baby back.

This week’s #NotsamWrestling pod drops tomorrow AM! Sorry it’s a day late… but come on. @RonKillings is in studio! It’ll be worth it. 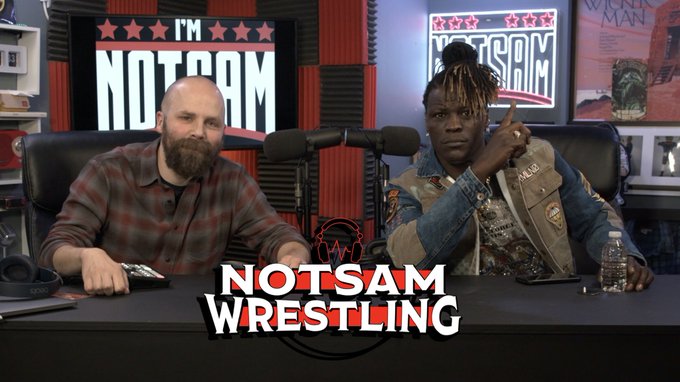 This week’s #NotsamWrestling pod drops tomorrow AM! Sorry it’s a day late… but come on. @RonKillings is in studio! It’ll be worth it.

Are you surprised by R-Truth’s stories? Did you know about all the injuries Truth suffered while carrying the 24/7 Championship? Let us know your thoughts by sounding off in the comments section below.

Thanks to WrestlingNews.co for the transcription of this podcast.