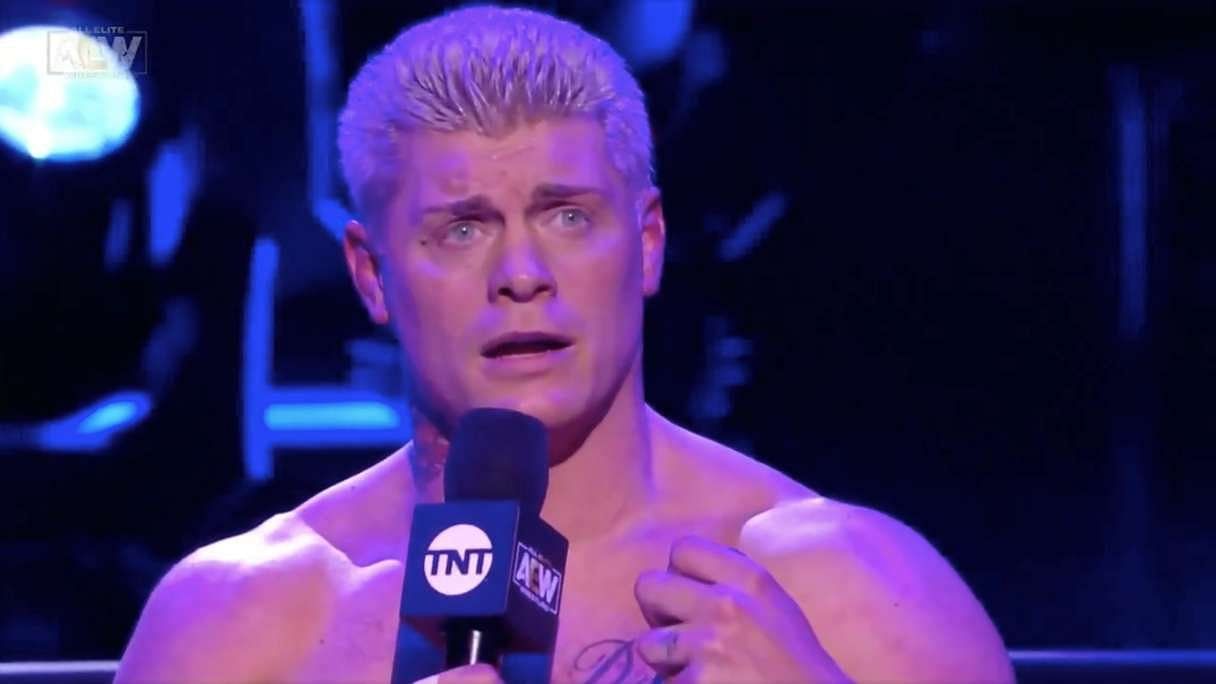 Cody Rhodes wrestled an instant classic at the inaugural AEW pay-per-view Double or Nothing in 2019 against his brother Dustin Rhodes. However, an incident during the match had the former Goldust legitimately worried.

Dustin Rhodes vs Cody Rhodes was a 5-star match as fans finally got the brother vs brother match they had been clamoring for. The match lived up to its lofty expectations and is still spoken about to this day.

While talking on Way of the Blade, Dustin Rhodes recalled the match and the blading incident during it. Dustin Rhodes was a bloody mess during the match as he cut himself too deep, leading to concerns among both Dustin and Cody Rhodes:

“We didn’t do that in WWE, unless you got busted open by the corner of the post or something for real. It was a hardway bleeding. It had been a long time and I was out of practice, let’s put it like that. I went deep, I hit a vein and it was excessive. I was actually scared at one point, and Cody looked at me and said ‘Are you okay?’ I said ‘Yeah, I’m fine.’ But I’m looking down, and I’ve looked at the pictures from some of the photographers that took the shots. And they’ve caught it in mid stream where the thing is shooting out, and it’s dripping out of my head. And it’s constant; it did not stop. It would not stop and I’m like ‘Holy s–t!’” Dustin Rhodes said.

He went on to recall a moment in the match where it all could have gone horribly wrong:

“At one point, where I gave Cody a top rope superplex, we almost fell. We almost fell, and it was because I was dizzy and it was slippery up there. It was like ‘We’ve got to go now.’ If I had waited another second, I would’ve superplexed him onto the rope, so we would’ve landed kind of diagonal onto the ropes. And it wouldn’t have been good. It might’ve created some problems,” Rhodes recounted. (h/t: 411mania)

Cody Rhodes gave an emotional promo after his match with his brother Dustin Rhodes at AEW Double or Nothing 😢 #AEW #AEWDoN https://t.co/Wt9MuZjTFS

Cody Rhodes will be in action on AEW Dynamite 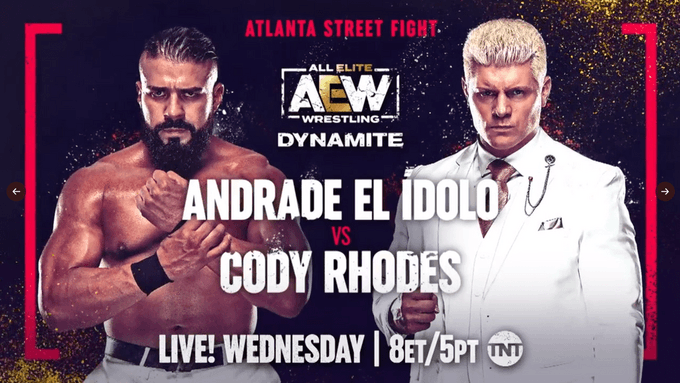 The American Nightmare will face Andrade in an Atlanta Street Fight in Cody Rhodes’ hometown. The former TNT champion has been showered with boos in the last many weeks, so it will be interesting to see if he’ll receive a positive reaction in his hometown against a heel.