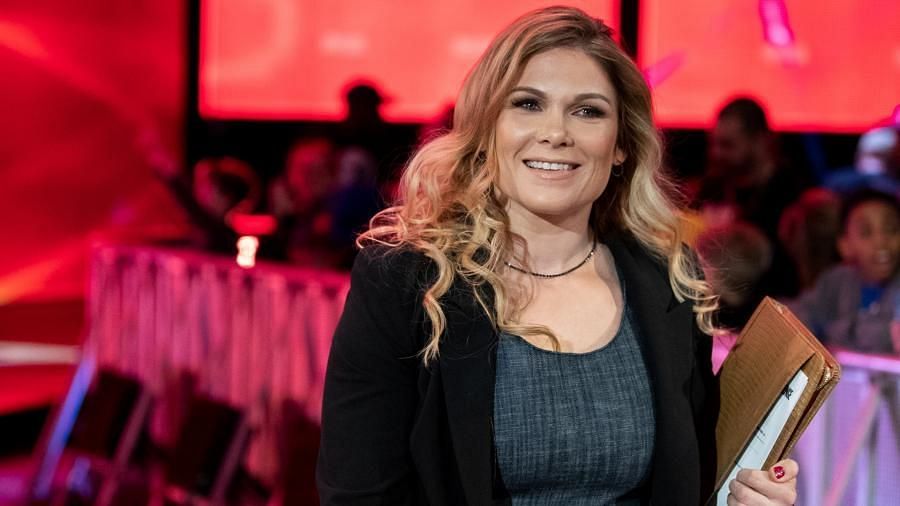 “I think what we’re selling has changed a lot”- Beth Phoenix talks about differences between NXT and NXT 2.0

Current NXT color commentator and WWE’s Glamazon Beth Phoenix says that while NXT 2.0 is significantly different than its previous incarnation, she’s very happy with the product so far and loves many of the new up and comers that the brand is showcasing.

In a recent interview with Ryan Satin on the Out of Character podcast, Phoenix talked about what the old black and gold NXT was “selling” and highlighted how the brand helped usher in a new chapter of women’s wrestling.

“I think what we’re selling has changed a lot… We were selling great wrestling for a very long time and it worked. We were building a women’s evolution, revolution, whatever you want to call it. At that time, we needed to see the women wrestle for long periods of time and show that they could go. NXT was a huge part of that, showing that women can have these matches and giving them the time. I think NXT opened doors for a variety of body types, wrestlers with varied sizes. We were just seeing these different guys that they could do different things in the ring because they all weren’t 7 feet tall,” Phoenix said. (H/T-Wrestling INC)

Later on, Phoenix spoke more at length about how this new version of NXT serves a very different purpose. Instead of just focusing on “great wrestling,” it’s fostering character development. Specifically creating superstars that fans can connect with on multiple levels.

“… We’re still producing superstars but the motivation is different now, the motivation is more character work and creating characters that get under your skin, and characters you’re attached to. A lot of that, especially if you know yourself and a lot of our young talent are working on figuring that out, then that really resonates and then the door opens.”

While fans of the old NXT style are still vocal about their displeasure over the brand’s change, Phoenix’s comments clearly show that upper management and talent alike seem to be embracing the new energy that NXT 2.0 brings to the table.

In an interview with Busted Open Radio, Beth Phoenix described NXT 2.0 as a great place for young superstars to develop, and not be restricted on what they can try to do. Phoenix even said that she and her broadcast colleagues Wade Barrett and Vic Joseph have been encouraged by WWE to try new things themselves.

–@TheBethPhoenix joins to talk #WWENXT, thoughts on @BeckyLynchWWE/@MsCharlotteWWE feud, her EP debut & MORE!
-PLUS a surprise call in from @EdgeRatedR 👀

–@TheBethPhoenix joins to talk #WWENXT, thoughts on @BeckyLynchWWE/@MsCharlotteWWE feud, her EP debut & MORE!
-PLUS a surprise call in from @EdgeRatedR 👀

Phoenix also feels that NXT 2.0 is helping ensure that superstars are better prepared for a main roster run. They get to fully develop their characters, have fun matches that push the envelope, and learn about large scale television production.

“Yes [I think NXT 2.0 creates an easier transition to the main roster]. I think, in a lot of ways, the talent is getting an opportunity not only in their training behind the scenes, all their preparation for TV, but they’re getting a great education in learning television as well, which is a whole different animal. It’s something you can’t learn doing live shows on the independent scene unless you’re being filmed with multiple cameras in the WWE style, you know? We’re always working the camera and if you’ve never done that, it’s different.”