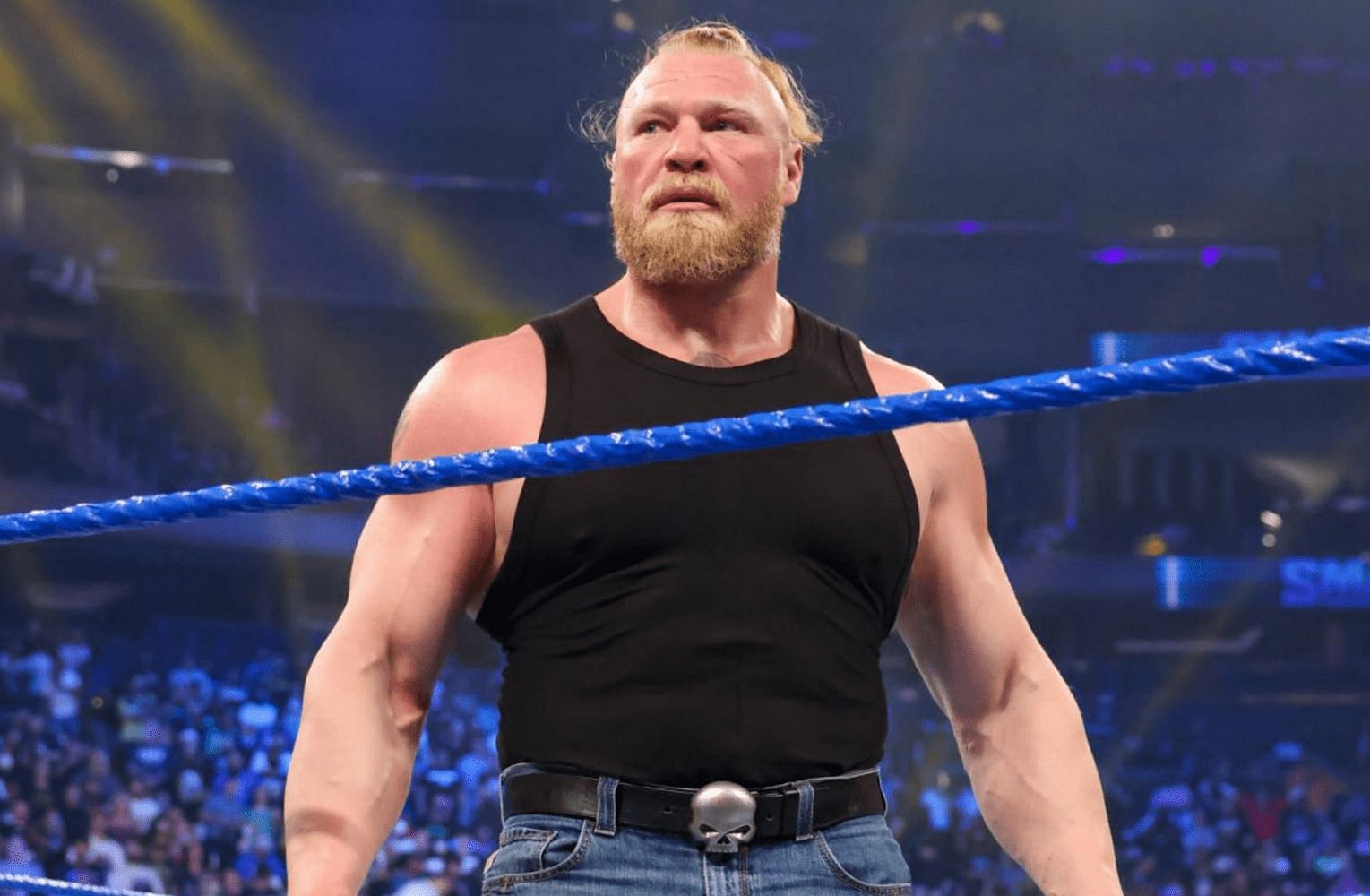 WWE correspondent Kayla Braxton caught up with Adam Pearce on Talking Smack after this week’s SmackDown. Kayla asked what Adam thought of her official announcement during the show that the suspension on Brock Lesnar was lifted and he would return to the blue brand next week.

Adam Pearce seemed visibly flustered by the announcement. He mentioned that he would have liked to be in the loop when the decision was made.

Here’s what Adam Pearce had to say:

“I’ll be honest with you. As a WWE official, it would have been nice to have been included into something that big. Now I’m not going to argue with you or lie, he’s one of the biggest stars in our industry and we all know that. By the same token, what he did was monumental in a completely negative way, He put his hands on me, he put his hands on a cameraman. He put everybody at risk,” Pearce said.

Pearce also mentioned that it would be hard for him to deal with Brock Lesnar since he was responsible for slapping Lesnar with a million dollar fine and an indefinite suspension in the first place.

.@MeganMorantWWE & @KaylaBraxtonWWE get Superstar’s reactions following the reinstatement of @BrockLesnar, the establishment of a new challenger for @WWERomanReigns and a humiliating pie assault from @MsCharlotteWWE on Toni Storm! #SmackDown @HeymanHustle
3:30 AM · Nov 28, 2021
529
98

In the fallout from WWE Crown Jewel, Brock Lesnar was at his destructive best. Lesnar vowed to “beat Roman Reigns senseless” on SmackDown. Lesnar hit the ring with a vengeance and took out everything that moved. He attacked the Usos and then laid hands on a WWE cameraman.

In response to Brock’s actions, Adam Pearce suspended Brock indefinitely. However, this did not bode well for Pearce, as Lesnar came down to the ring and laid him out with two monstrous F-5’s and stormed off.