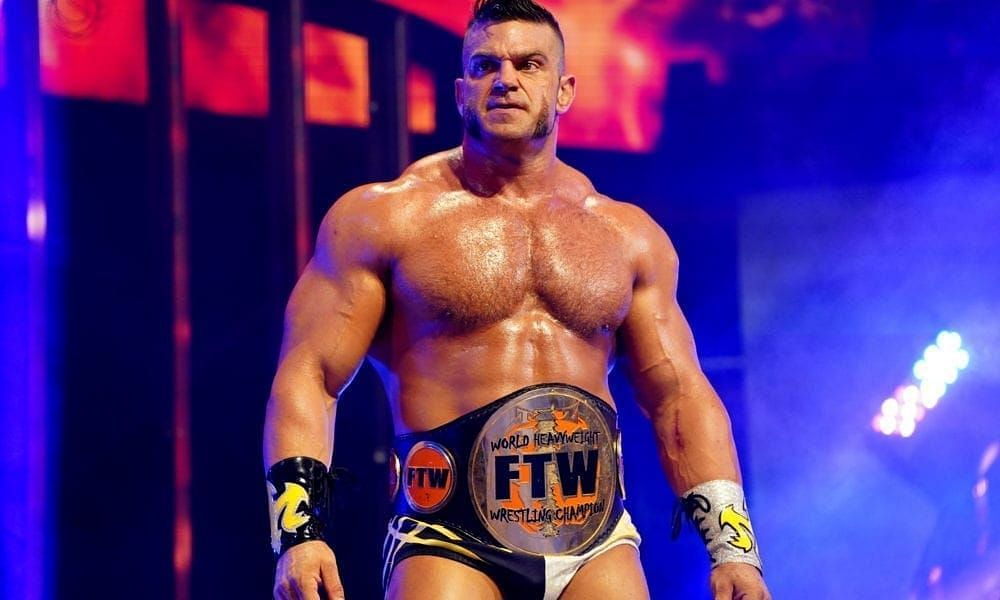 Melissa Santos recently opened up about calling out AEW for misusing her husband Brian Cage in September this year.

When The Machine signed with AEW, fans expected him to become one of the company’s top stars. However, things didn’t pan out this way and barring a couple of occasions, Cage found himself floundering in the mid-card.

Santos then called out AEW, proclaiming that her husband was a major star in IMPACT Wrestling and every other company before signing with AEW.

Talking to Chris Van Vliet, Melissa Santos reflected upon her previous comments, saying she got too “spicy” about the situation. She stated that contrary to what fans may think, her husband, Brian Cage, “loves” AEW and “adores” Tony Khan.

Santos added that her comments came from an honest place, as she wanted to see Cage do well in the company. In closing, she stated that she missed seeing her husband regularly perform on AEW’s programming.

“I got really spicy about it. Maybe I shouldn’t have. But then he got all the heat. He didn’t even say anything. I know, I know. He got all the heat. I do feel bad about that because he loves wrestling, he loves AEW, absolutely adores Tony [Khan], loves being there and I feel like all of it came from the love of wanting [Brian Cage] to be more involved and that’s really it. Yeah, and I feel like it was the impatient kind of my just — I was like, ‘Man, I just want to see more of him.’ I miss seeing my husband [on TV]. I’m a fan, right? I miss seeing my husband,” said Melissa Santos (H/T – Postwrestling)

Moments after the ‘Anxious Millennial Cowboy’ was crowned the AEW Champion at Full Gear 2021, Brian Cage took to Twitter to issue a challenge.

The Machine recalled that he’s the only one to defeat Page in singles competition in 2021, back on the April 28 of AEW Dynamite. However, later at Double or Nothing 2021, Hangman Page defeated Brian Cage in the night’s opening contest.

Orrrrr, @theAdamPage only loss is against a certain machine……I know American dragon is number 1 contender, but maybe the cowboy and swolverine should have a rubber match too. #AEWFullGear #AEWDynamite
10:33 AM · Nov 14, 2021
460
21

Orrrrr, @theAdamPage only loss is against a certain machine……I know American dragon is number 1 contender, but maybe the cowboy and swolverine should have a rubber match too. #AEWFullGear #AEWDynamite

The former FTW Champion believes the time is ripe for him and the AEW Champion to have a rematch. Hangman Page is currently scheduled to defend his AEW World title against Bryan Danielson on a yet-to-be-confirmed date.

Do you think Brian Cage should be featured more prominently on AEW’s programming? Sound off in the comments section below.