Matt Hardy has divulged some interesting details about his final conversations with Vince McMahon before he left WWE and joined AEW.

Hardy is a veteran of the business, having spent a considerable period of time under WWE’s umbrella. His last stint with the global juggernaut began in 2017, and it ended in 2020 when he chose not to extend his contract.

During a recent appearance on the AEW Unrestricted podcast, Matt Hardy recalled his final few days with the company, especially his talks with McMahon. The former tag team champion revealed that the WWE Chairman wanted him to cut back on his in-ring work and transition to a producer role behind the scenes.

“After talking to Vince a little bit, I saw that he wanted me to wrestle a little bit, but he wasn’t up on utilizing me a lot in different roles,” said Hardy. “…I don’t need to be champion, I just want to be in a good role where I can work with other people, help younger guys, and also stay relevant on my own. He said, ‘Yeah, but I kind of see you transitioning to a producer behind the scenes.” 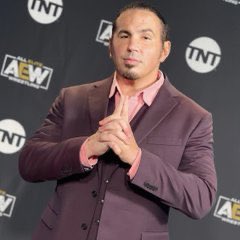 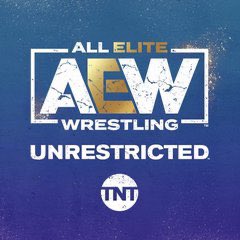 The fan-favorite star wasn’t happy with this request because he still wanted to perform; he also made it clear that he didn’t need to be pushed with a title run. Instead, he hoped to help elevate younger talent and maintain a distinct identity for himself. Joining AEW has allowed Hardy to do just that, as he has worked with many young stars in Tony Khan’s promotion.

In the same interview, the AEW star shared his thoughts on who he wants to wrestle in his retirement match. Matt Hardy picked Kenny Omega and called him one of the greatest wrestlers “alive.” The veteran pointed out that he hasn’t shared a ring with The Cleaner in singles competition, and he hopes to change that fact.

“A dream retirement match would maybe be something against Kenny Omega,” Hardy continued. “I can see that. I’ve never gotten to do a one on one with Kenny Omega and I think he is absolutely one of the most talented guys alive.”

Chicago, I’m here. Whenever you start chanting for me, make sure you..

SAY MY NAME – WITH REVERENCE.

Chicago, I’m here. Whenever you start chanting for me, make sure you..

SAY MY NAME – WITH REVERENCE. https://t.co/7c8XqhoQan

Whether or not a match with Omega becomes a reality, it’s safe to say Matt Hardy’s AEW career has been terrific so far, and he continues to be an entertaining presence on TV.

Do you see Matt Hardy ever returning to WWE for a retirement run? Sound off in the comments section below.