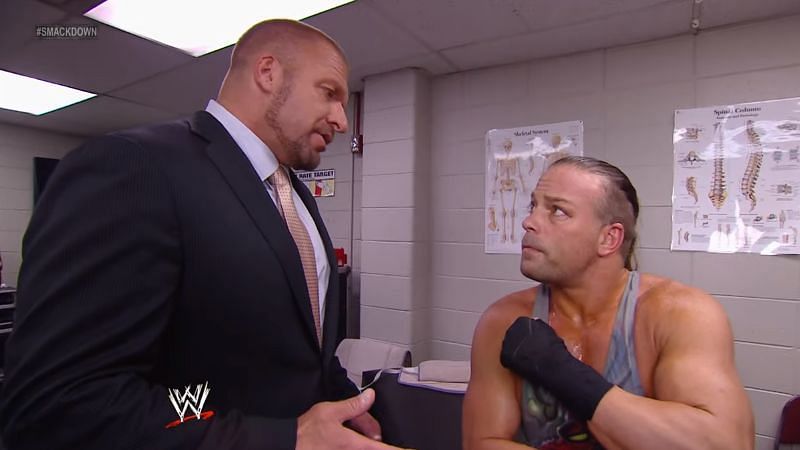 The latest season of WWE Network show Ruthless Aggression tells the story of the first Elimination Chamber match. The six-man battle featured a memorable spot where RVD hit a Five-Star Frog Splash onto Triple H from the top of a pod.

Speaking in the episode, RVD recalled how the top of the Elimination Chamber pods do not have springs like the top rope. As a result, he misjudged his landing and accidentally caught Triple H in the neck with his shin.

“It was not an easy calculation, and I was off. I think I overshot a little bit and, as I was coming down, my shin came right across his throat. I felt horrible about it, but of course he continued the match to the point where I don’t remember even knowing that he was hurt, at least not that bad,” RVD said.

What was going through the minds of @TripleH @ShawnMichaels @BookerT5x and @TherealRVD before stepping inside Elimination Chamber for the first time?

#RuthlessAggression Season 2️⃣ is streaming now exclusively on @peacockTV in the U.S. and @WWENetwork everywhere else!

What was going through the minds of @TripleH @ShawnMichaels @BookerT5x and @TherealRVD before stepping inside Elimination Chamber for the first time?

#RuthlessAggression Season 2️⃣ is streaming now exclusively on @peacockTV in the U.S. and @WWENetwork everywhere else! https://t.co/cGzIQ9TdFj 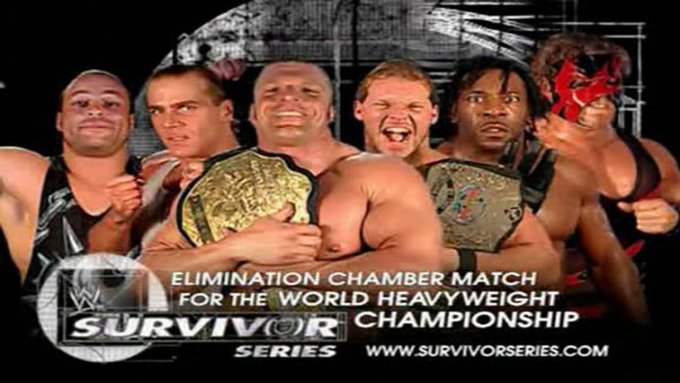 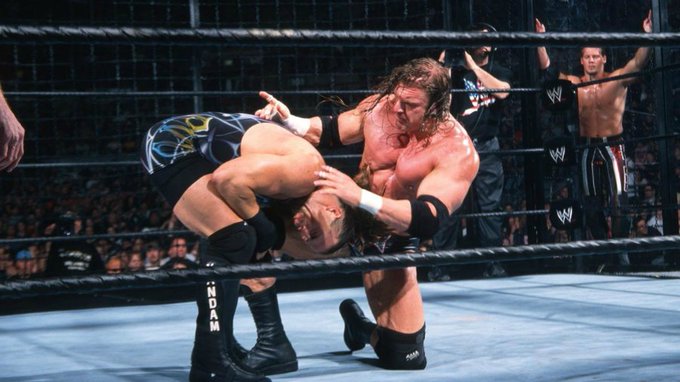 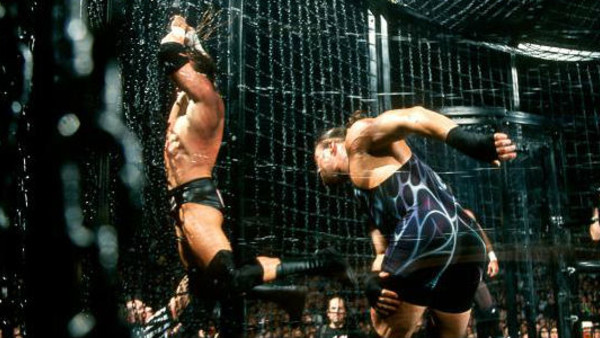 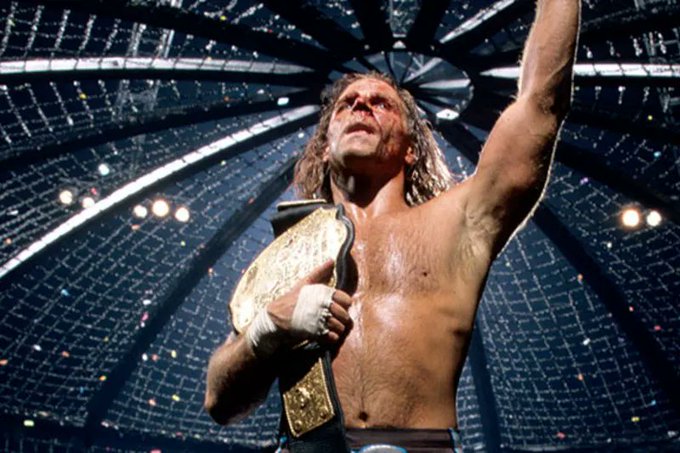 Triple H also commented on being on the receiving end of RVD’s risky stunt inside the Elimination Chamber.

The 14-time WWE World Champion remembered how RVD did not have much room to steady himself before executing his Five-Star Frog Splash:

“As I was laying there and I saw him go to the top of the pod, I was thinking, ‘Oh s***, he can’t stand up straight.’ I’m looking and I’m thinking, ‘That looks really awkward. I don’t know if he can jump from there.’ It was just going tragically in the wrong direction, like I’d walk over to somebody and they’d hit me, and as soon as I’d take a bump, I can’t breathe again. It would all just inflame back up,” Triple H said.

WWE redesigned the Elimination Chamber structure in 2017. The latest design is taller than the original structure, which means superstars now have more space to move around on top of pods.