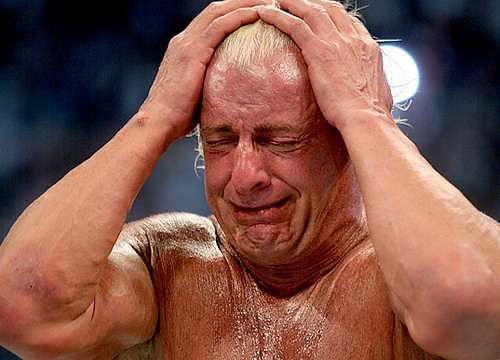 AEW star Dustin Rhodes is keen to avoid making the same mistakes that Ric Flair has made with regard to his longevity in the business and his current status.

After the Dark Side of the Ring’s Plane Ride from Hell episode aired, Ric Flair came under intense scrutiny. He was released from WWE a few weeks before the episode’s release and the fallout from the episode squashed any plans for him to go to AEW.

With big wrestling promotions seemingly unwilling to sign the Nature Boy, he started his YouTube podcast and has been firing shots at AEW and WWE stars like Becky Lynch, CM Punk, and MJF.

I hate seeing the downfall of Ric Flair. 😭 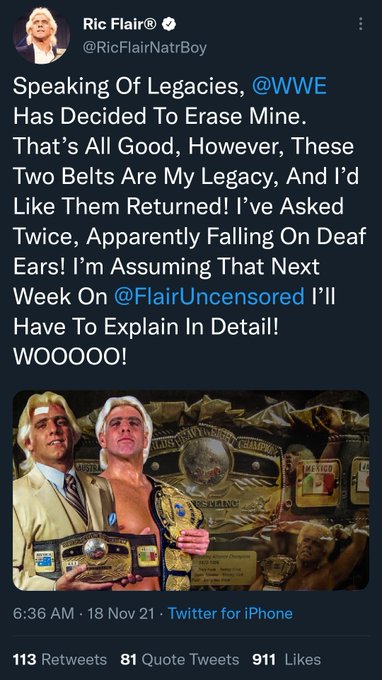 I hate seeing the downfall of Ric Flair. 😭 https://t.co/1kRr0xhQGz

Dustin Rhodes, speaking on Way of the Blade, said that he loves wrestling and does it out of passion. He went on to say that he doesn’t want to end up like Ric Flair where he needs to wrestle to pay his bills.

“Could I be better? Hell yeah, I could. Do I regret anything? Absolutely not, none, zero. I’ve had a hell of a career and you know, I want to keep contributing as much as possible before I retire but you know, I look at Sting right now and he’s 62 and he’s utilized a little bit. He’s not utilized a lot and that’s good. So I can do this man, I know I can do this but I don’t wanna be a Ric Flair, to where I have to wrestle to pay my bills, right? I don’t want that. I don’t want to abuse my body. Utilize me, and Tony [Khan] is really good about that, taking good care of me and I know that he will and I believe in that,” Dustin Rhodes said.

“There’s a promoter in Israel that wants me to wrestle your buddy, Sammy Guevara in Israel. 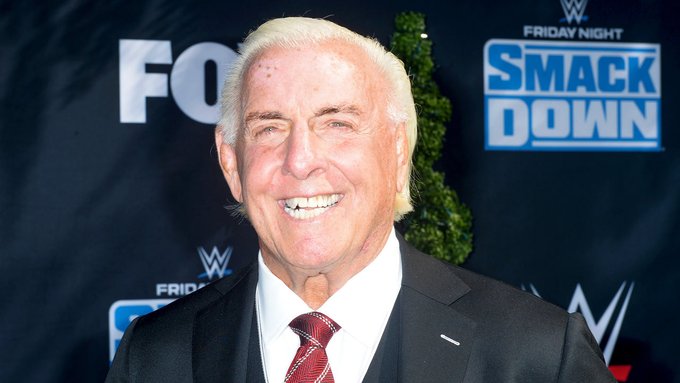 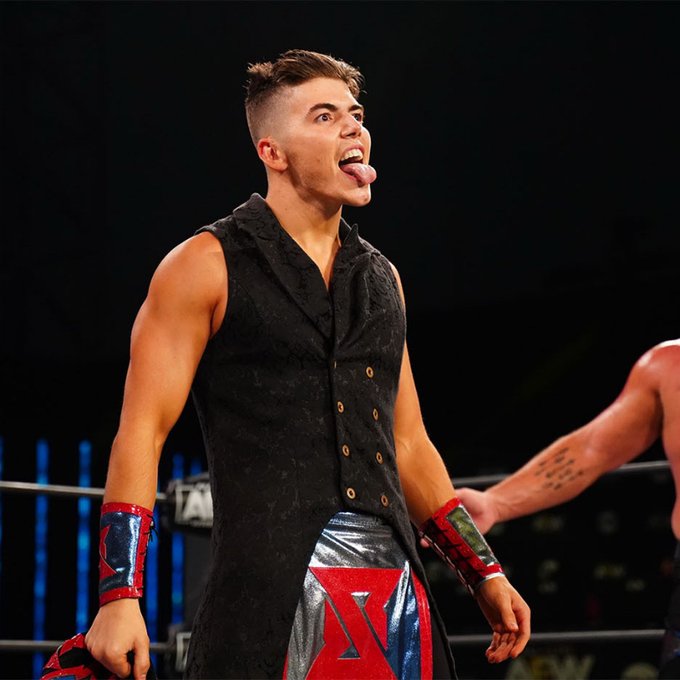 “There’s a promoter in Israel that wants me to wrestle your buddy, Sammy Guevara in Israel.

This came about after the 16-time world champion claimed that an Israeli promotion wanted to book him against the Spanish God. Ric Flair said that he would wrestle Sammy only for $100,000 and two first-class plane tickets.