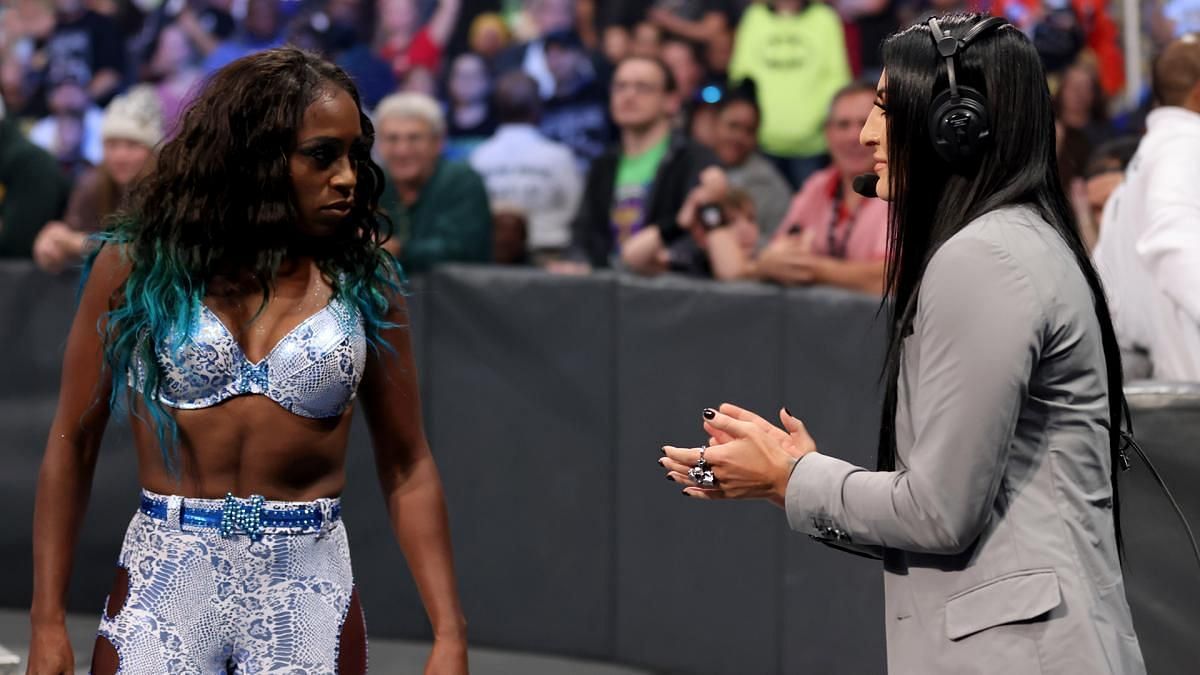 Mantell sat down with Rick Ucchino and Sid Pullar III on Sportskeeda Wrestling’s Smack Talk to discuss the events from the latest episode of WWE SmackDown.

Dutch Mantell said he was confused by Sonya Deville clapping for Naomi this week. This happened immediately after Sasha Banks and Naomi won their tag team match against Shayna Baszler and Natalya:

“I didn’t understand what they were doing tonight. Sonya got up and she was applauding her. And it’s, like, it’s still there, but they don’t have an endgame.”

Mantell hinted that WWE was still unsure of the angle’s payoff. He mentioned that the storyline had been dragged out for months now, and WWE needs to come up with an endgame soon:

“The Sonya Deville and Naomi thing, I don’t think they know where it’s going. So can we safely assume we don’t have an idea where it’s going? We can sit here and say they could do this. I mean, they could do a lot of things. What we’re saying is they just need to speed it up to where they are going.”

Sasha Banks found herself caught between Naomi and Sonya Deville

This week during a backstage segment on WWE SmackDown, Sasha Banks blamed Sonya Deville for the loss at Survivor Series.

Sasha accused Sonya of teaming her with the likes of Natalya, Shayna, and Shotzi, who were not sincere in their efforts. Banks mentioned that she would rather have preferred Naomi as part of her team.

To prove this, Banks and Naomi scored a quick victory against Natalya and Baszler in tag team action. After the match, Sonya Deville applauded the effort, but Naomi was having none of it. She confronted Deville, but the WWE official continued to clap.