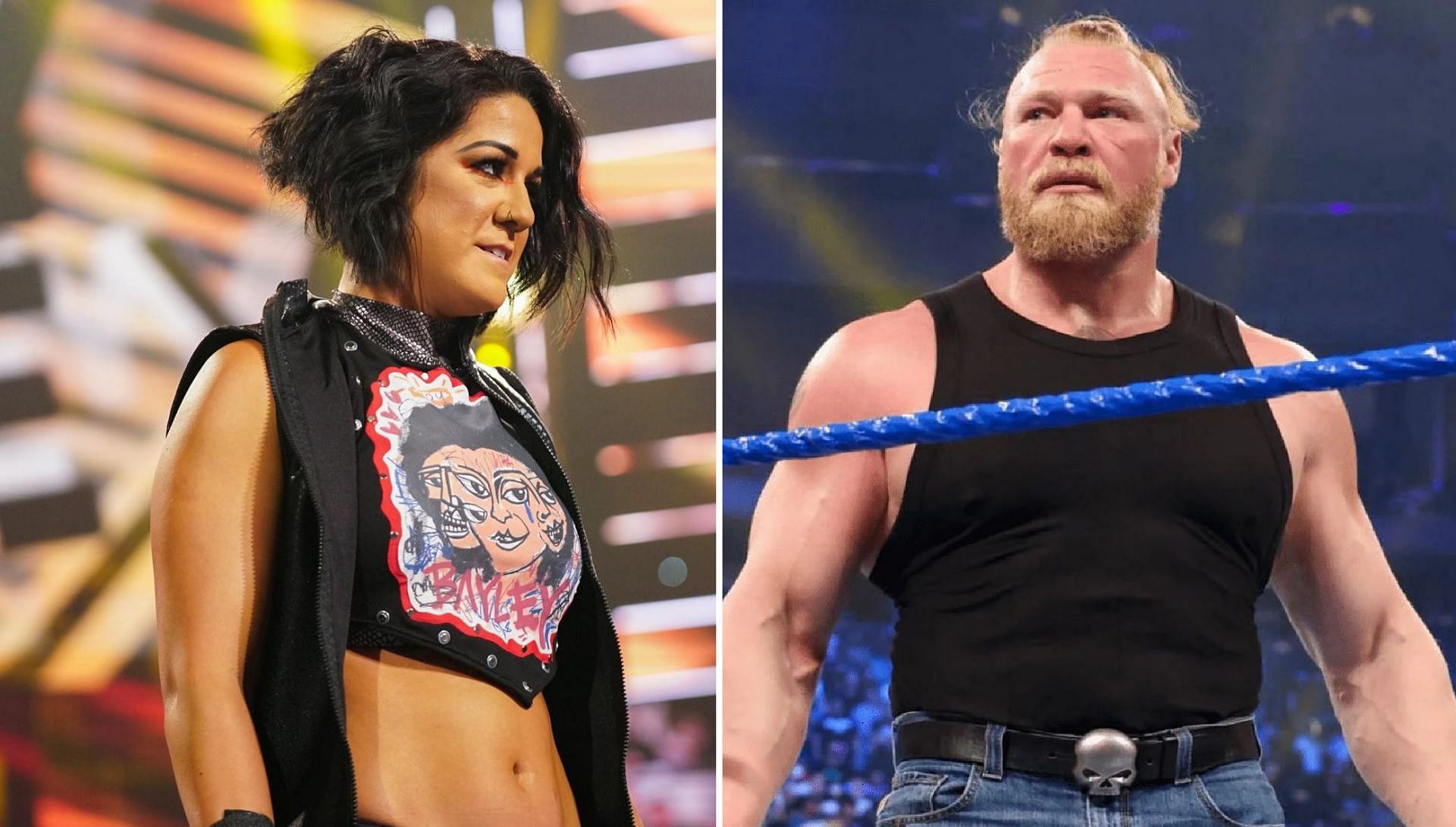 Lesnar lost his title to Guerrero at the pay-per-view, following interference from Goldberg. He would leave the company mere weeks later, after a crushing loss to the WCW icon at WrestleMania XX, at Madison Square Garden.

In her latest chat with 49ers, Bayley opened up on various aspects of her in-ring career. She was asked about being a big WWE fan back when she wasn’t a famous superstar. The Role Model opened up about her favorite WWE memory: a moment she witnessed live.

“The Cow Palace probably, and that was in 2004. It was a pay-per-view called No Way Out. That was when Eddie Guerrero first won his WWE Championship. So, it was so amazing, and he jumped into the crowd and he carried the California flag. You could just see the people in the front row with their Warriors jerseys and their Niners jerseys. It was just such a feel-good moment, I couldn’t believe I was there,” said Bayley.

Eddie Guerrero and Brock Lesnar tore the house down that night

Brock Lesnar was quite possibly the biggest heel on WWE TV at the time. He was determined to head to WrestleMania as the WWE Champion and headline the mega event. Eddie Guerrero had won a “15-man Royal Rumble match” on the road to No Way Out 2004, and was the No.1 contender for Brock Lesnar’s title.

The outing lasted 30 minutes, and fans were on the edge of their seats throughout the bout. During the final moments of the match, Goldberg came out and hit a devastating Spear on Lesnar.

Minutes later, Guerrero hit Brock Lesnar with a Frog Splash and pinned him to win the prestigious belt for the first and only time in his career.

Bayley was one of 11,000 fans who were present at the show and witnessed the biggest win of Eddie Guerrero’s career. Little did she know that she would go on to become a major WWE Superstar herself.

It’s been five years since Bayley’s main roster debut, and she’s done it all in the squared circle. She has won women’s titles on all three major brands, and is a sure-fire future Hall of Famer.