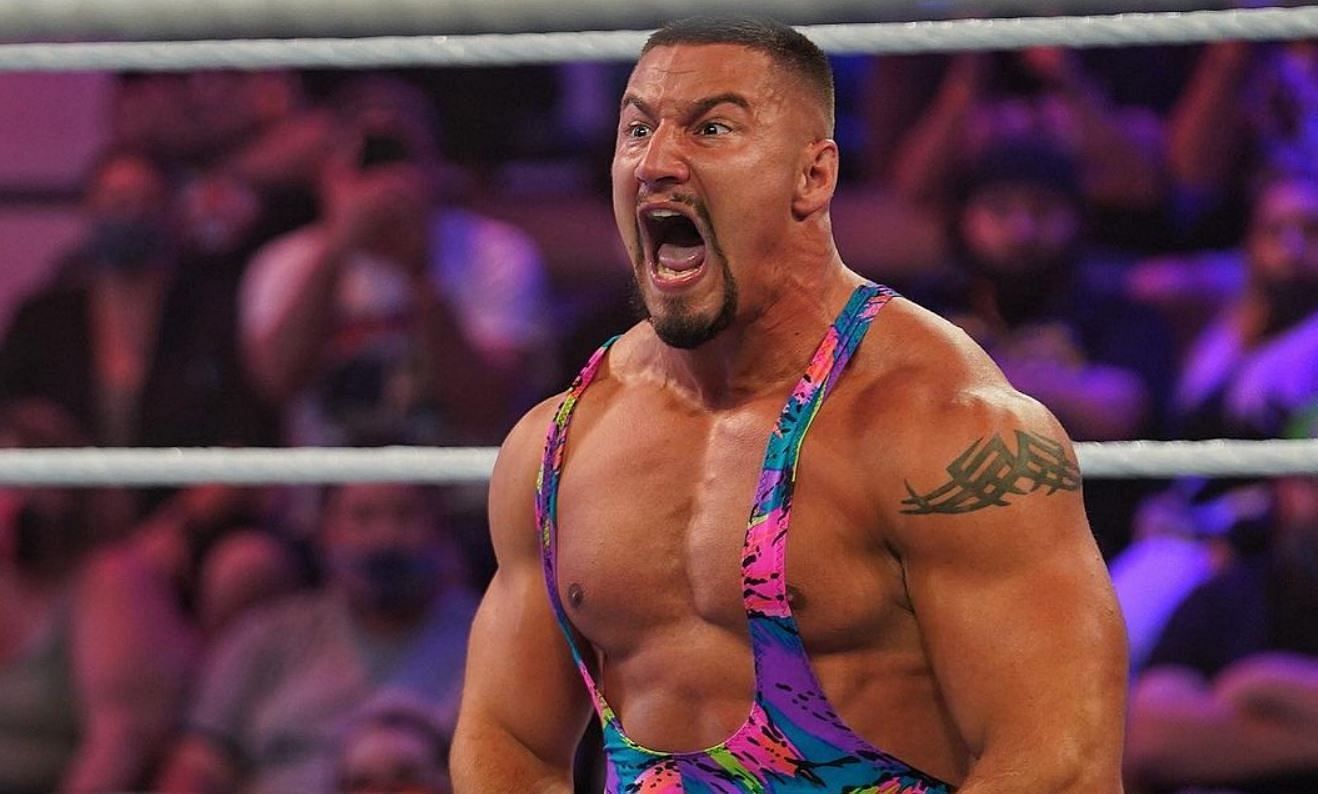 WWE surprisingly didn’t have much to do with coming up with Bron Breakker’s name.

Ahead of NXT Wargames, Bron Breakker sat down with Graham Matthews of Daily DDT to discuss all things WWE. When talking about his character in NXT 2.0, Breakker reveals that he came up with the name he’s using right now.

“We were just sitting around one day and I’m like, ‘Well, when I used to block people in football, I used to try to break them in half,’” Bron Breakker said. “That was literally what I tried to do: snap them in half and break them. What if I’m the breaker? I break people, Breakker, and then it came to me. Bron is part of my first name and that’s what we went with.”

Bron Breakker on honoring the legacy of The Steiner Brothers

Even though Bron Breakker isn’t known as a Steiner on WWE programming, he still wants to pay homage to his dad Rick Steiner and his uncle Scott Steiner. Throughout the last few months on WWE NXT 2.0, both commentators and his opponents have made several references to his legendary wrestling legacy.

“What my dad and uncle did before me with some of their promos and stuff that they’ve done, they’ve laid all this groundwork,” Bron Breakker said. “There’s all this stuff out there for me to use if I want to. Obviously, I’m not going to bank my entire… that’s not what I’m going for. I want to make a name for myself and stand on my own, but there’s certain things out there we can use.”

Be sure to watch our entire interview in video form as well! Thanks again to @bronbreakkerwwe for the time!! youtube.com/watch?v=pgHnI7…
12:52 PM · Dec 5, 2021

Be sure to watch our entire interview in video form as well! Thanks again to @bronbreakkerwwe for the time!! youtube.com/watch?v=pgHnI7…

What do you make of Bron Breakker’s comments? Are you surprised that he helped come up with his name in WWE NXT 2.0? Let us know your thoughts by sounding off in the comments section below.