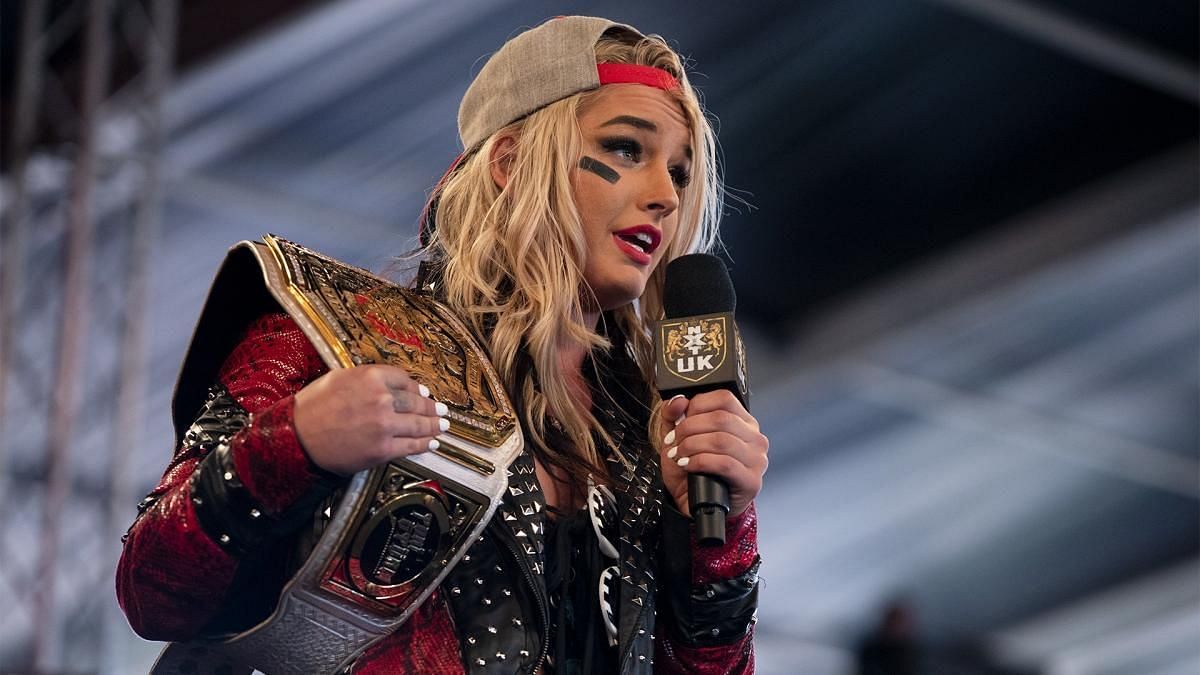 WWE Superstar Toni Storm recently spoke about wanting to have a match with her teenage idol.

In an interview with WWE Deutschland, Toni Storm said it would be amazing for her to share the ring with the Canadian veteran.

Storm revealed that Natalya has been her idol since her teenage days and had played a major role in her life. The SmackDown star considers Nattie her inspiration.

“It would be cool to get a match with Nattie. Against Natalya, that would be cool. That’s someone I’ve idolised for a really long time since I was a teenager. A huge role model in my life.” (H/T: WrestlePurists)

That’s someone I’ve idolised for a really long time since I was a teenager. A huge role model in my life.” 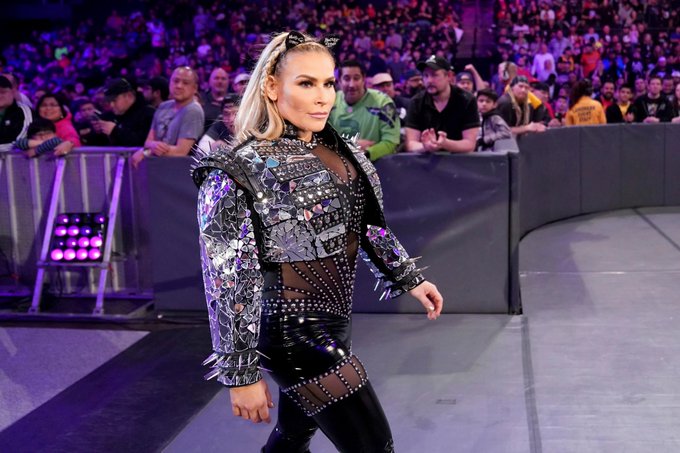 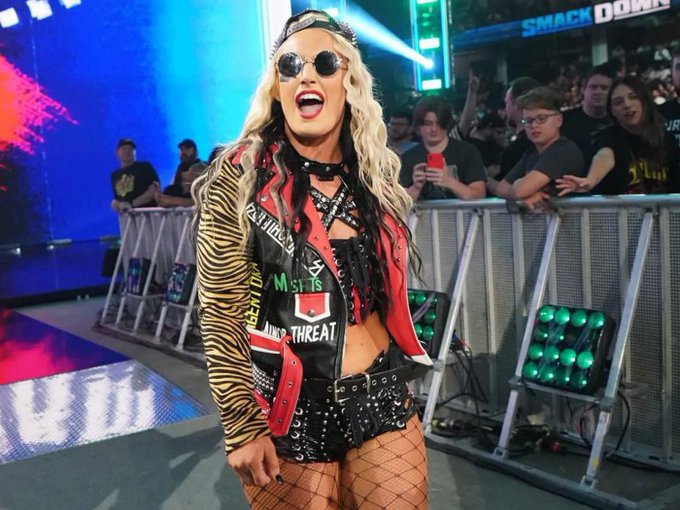 That’s someone I’ve idolised for a really long time since I was a teenager. A huge role model in my life.”

Toni Storm also had mentioned that a match against Nattie would be a challenge for her, which would lead to a better understanding of her own potential.

The former NXT sensation wants to see her own growth in terms of wrestling by having a match with someone she admires. It would be interesting to see if Storm eventually got a chance to feud with the former SmackDown Women’s Champion at some point down the road.

I’d love to see a match in the near future 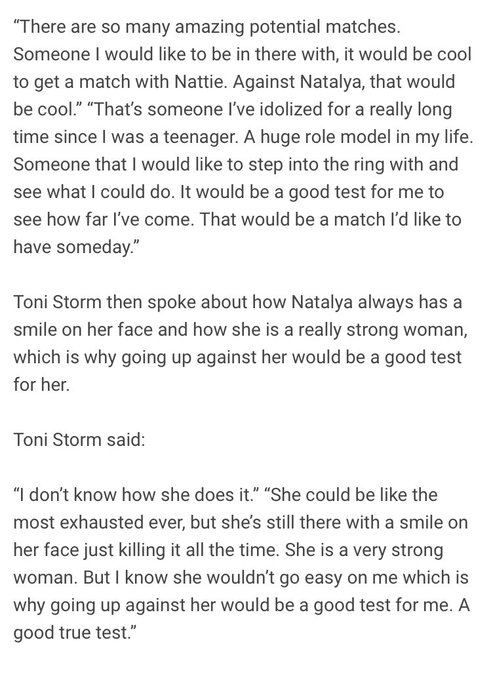 I’d love to see a match in the near future https://t.co/SShCeawThE

On the 27th of November, 2021, in an episode of SmackDown, Charlotte Flair came face-to-face against Toni Storm.

The former NXT UK Women’s Champion interrupted The Queen, to which the latter responded by dismissing Storm and claiming she barely even knew that Storm existed.

The reigning SmackDown Women’s Champion went on to slam a pie in the face of Toni Storm.

Before Toni Storm could process what happened to her, Flair laughed and as Storm came to hit her, Flair attacked her with yet another pie and walked away from the scene, leaving Storm in shock.