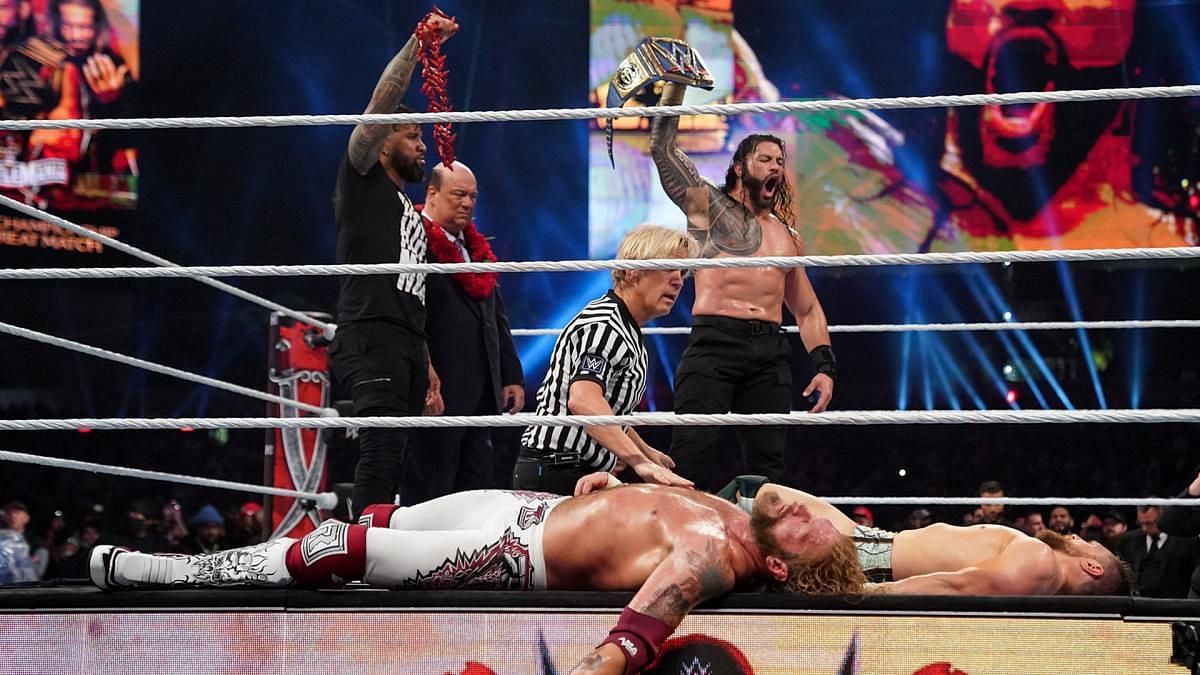 How many times has Roman Reigns main evented WrestleMania?

Roman Reigns has been reigning as The Tribal Chief on SmackDown for a year and a half.

Following an absence due to the Covid-19 pandemic to protect his family, The Head of the Table found a new lease of life when he returned at the SummerSlam pay-per-view in 2020.

As a heel, Roman has come into his own and become the most must-see superstar of the current era. Of course, it hasn’t always been easy for the former Big Dog, who felt the wrath of the WWE Universe because of his perceived forced push in the main event scene throughout his early singles career.

That being said, how many times has Roman Reigns been in the main event at WrestleMania?

Roman Reigns has main-evented WrestleMania on five occasions. His first top-of-the-card match came at WrestleMania 31, when he challenged Brock Lesnar for the WWE World Heavyweight Championship. However, that particular evening will always be remembered for Seth Rollins’ famous Money in the Bank cash-in to win his first world title.

It is settled then! Brock Lesnar Vs Roman Reigns at WrestleMania 31. http://t.co/0ZvcTMtRGr 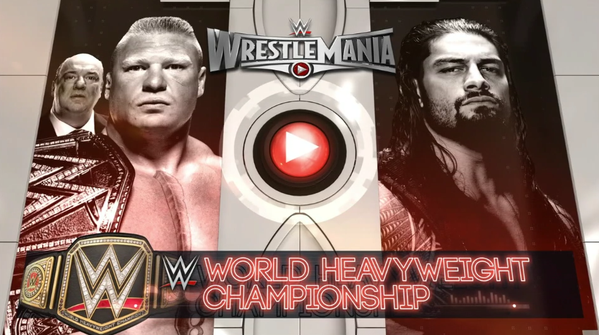 It is settled then! Brock Lesnar Vs Roman Reigns at WrestleMania 31. http://t.co/0ZvcTMtRGr

The two-time Universal Champion still regards his match with Brock Lesnar at WrestleMania 31 as his favorite:

“I’d probably not want to do it again because it was brutal. I was a much younger man back then. But that match, to me, was an instant classic unlike, really, any other sports-entertainment match. think if you’re a grown man and you’re on the fence about wrestling and you’re like, ‘I don’t know, this is choreographed. This is like soap-opera stuff, right?’ I would suggest you watch that match. It just depends who’s doing it. There’s a little bit of something for everybody. I think the physicality Brock and myself brought to the stadium that night, it’s hard to match that, especially from the full-time perspective.” Roman Reigns said (h/t Bleacher Report)

In 2018, Reigns and Lesnar squared off once again in the main event, with The Beast Incarnate retaining his Universal Championship.

His most recent WrestleMania main event came at WrestleMania 37 in Tampa, Florida where he defeated Edge and Daniel Bryan in a Triple Threat match to retain the Universal Championship.

Roman Reigns Next Opponent #Wrestlemania38 Roman Reigns VS The Rock I Waiting For Watching 👀 I Excitement To #WrestleMania38 See My Opinion My Dream Match And First Match Roman Reigns Vs The Rock 🔥🔥 https://t.co/oyr7683uvE

Rumors have been circulating for some time that Roman Reigns will face The Rock at WrestleMania on April 2nd or 3rd of 2022. While nothing has been confirmed as of this writing, if the match were to happen, it would likely mean a sixth WrestleMania main event for The Tribal Chief.

WWE has made references to The Rock in recent weeks to celebrate 25 years since his pro-wrestling debut.

WWE Chairman Vince McMahon had a Cleopatra egg stolen from him at the Survivor Series pay-per-view on November 21 – in reference to The Rock’s latest film – which was gifted to him by The Great One.

Do you think we will eventually see Roman Reigns vs. The Rock in a WWE ring? Share your thoughts in the comments section below.