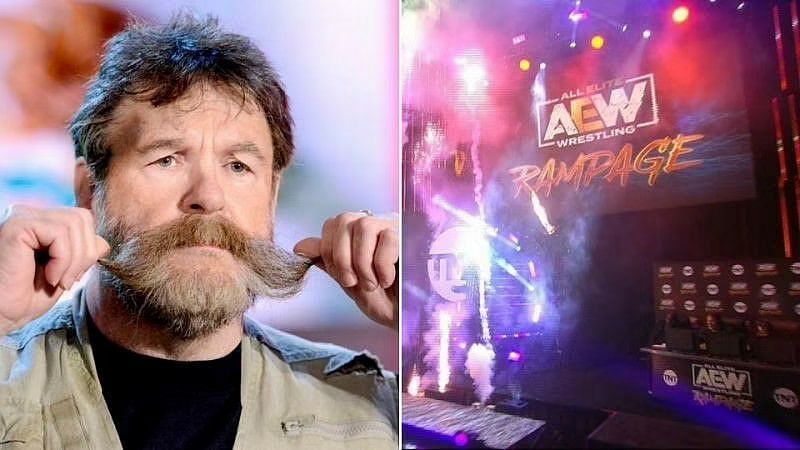 While AEW Rampage has been receiving plaudits for its in-ring aspect, Dutch Mantell pointed out some glaring problems in the commentary section of the show.

AEW Rampage usually features four commentators, which seems excessive for a one-hour show. Chris Jericho, usually the additional member, adds a lot of energy to the show. However, that doesn’t sit well with many viewers.

“Here’s another big issue. God slow those announcers down. I mean, I cannot. I mean, yeah, even when they’re talking about an event. If it wouldn’t, you know, they they found it. But they just run through it so much. It’s almost like the announcers can’t wait to get their stuff in just like the rest. But those are now, they they talk incessantly…That’s one thing I think they could change, but how many announcers did they have tonight? They had four again. Then how can you you know WWE has trouble with three? They actually have trouble with two.”

I look forward to this now LOL 🤣#AEWRampage

I look forward to this now LOL 🤣#AEWRampage

Mark Henry joined AEW as a future commentator for Rampage. However, he seemed to struggle as it was a completely new role for him. The World’s Strongest Man transitioned to the main event announcer, a role he has gotten quite comfortable with, and fans love him for it.

“Mark Henry has gotten better. Believe it or not, he’s found his niche with this. I think he was nervous too.”

It’s hard to argue with the former WWE Manager’s argument as four people for one hour is excessive. As AEW often does, hopefully, this is resolved soon.