The former WWE Superstar brought a significant change in his character during the ongoing storyline with Hangman Page revolving around the AEW World Championship. A few weeks ago, Bryan interrupted Page’s title celebration and cut a heelish promo on him and the Dark Order.

He even announced going after every member of the fan-favorite faction before eventually challenging for the coveted prize. So far, The American Dragon has defeated Evil Uno and Colt Cabana to elevate his new persona.

While speaking on a recent edition of Keepin’ It 100, Disco Inferno called it a ‘weird’ booking decision, with a lone heel pummeling a babyface faction:

“And this is bizarre too. Bro, he’s doing what like if the Dark Order were heels and he was a babyface that would be like Yo. He’s like an alone heel beating up everybody in the babyface group. That’s like a weird way to book this. He has no help. He’s called guys out and just pummeling them in the ring every week. It’s kind of weird,” Disco Inferno said.

So did I miss Bryan Danielson’s heel turn or…..? #AEW #AEWDynamite So did I miss Bryan Danielson’s heel turn or…..? #AEW #AEWDynamite https://t.co/hLPNpOzv7k

Bryan Danielson will be looking to continue next week on Dynamite when he faces Alan Angels of the Dark Order. Though it seems to be a one-sided affair, Bryan’s tendency to bring the best out of his opponents is likely to make this a must-see encounter.

#AEWDynamite AEW can now put on this feud. Bryan Danielson vs CM Punk. 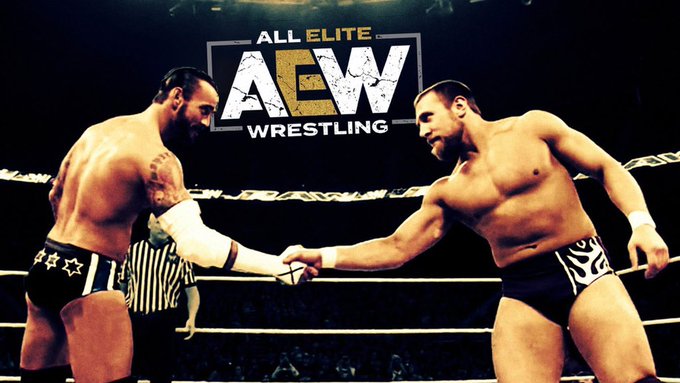 AEW’s Bryan Danielson recently revealed that he always wanted to have a WrestleMania match against CM Punk. The former felt that both men were destined to do a program together on the grandest stage of them all, though the dream bout never materialized despite being in the same promotion for years:

Now that both men are working under the same umbrella in AEW, Bryan Danielson is optimistic about either teaming up or rekindling rivalry with CM Punk.

What do you make of Disco Inferno’s statement? Sound off in the comments section below.