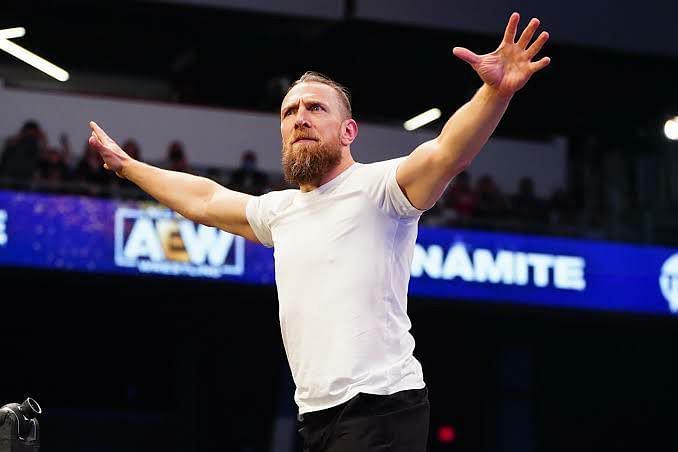 Bryan Danielson wasn’t expecting much when he signed with WWE, The American Dragon told The Wrestling Classic.

Before becoming the megastar that he is right now, Bryan Danielson was the hottest act on the independent circuit. His run prior to WWE is one of the greatest wrestling journeys of all time.

Of course, Bryan Danielson had a memorable career in Vince McMahon’s company as Daniel Bryan. Despite that, after his WWE contract was over, he opted to join Tony Khan’s promotion because of his love for independent wrestling.

“Yeah, so. I mean, the idea. I’ve always loved wrestling in other places. I love being an independent wrestler. Yeah realistically, when I signed with WWE, it was mostly because I was like ‘oh I’m not sure how much my health can sustain this independent wrestling.’ So it was, it was kind of like, I didn’t look at it as cashing out, but you know, here’s my opportunity to kind of pay off my house or do whatever it is. You know what I mean and kind of going in with very few expectations other than just coming with a good attitude, you know?”

Bryan Danielson had a great run in WWE

While there were plenty of things to be upset about regarding his WWE run, all in all, Bryan Danielson will go down as a bonafide WWE Hall of Famer.

The leader of the YES Movement won every major championship WWE had to offer. The crowning moment of Bryan Danielson’s career came at WrestleMania 30 when he won the main event against Batista and Randy Orton.

Bryan Danielson main-evented WrestleMania this year as well, although in a losing effort as Roman Reigns defeated him and Edge.

The current number one contender for the AEW World Championship has been part of some of the most iconic and memorable storylines and matches in modern WWE history. Just like The Viper and The Animal did for him, Danielson put over Kofi Kingston at WrestleMania 35 in one of the most emotional clashes in WrestleMania history. Bryan Danielson also had instant classics against the likes of AJ Styles, John Cena, Roman Reigns, CM Punk, Bray Wyatt, Adam Cole and Drew Gulak.