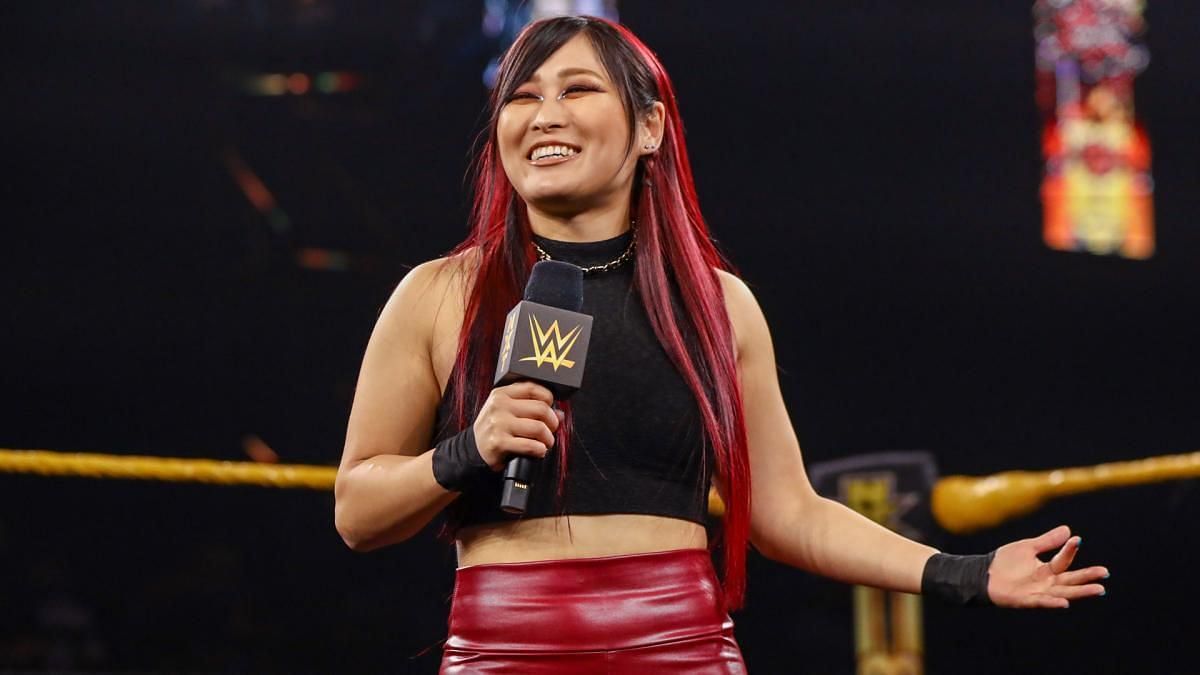 This week’s edition of WWE NXT saw Io Shirai round out her roster as the WWE Universe gears up for another WarGames.

This year’s edition of WarGames will feature Toxic Attraction teaming up with Dakota Kai to take on the team of Shirai, Raquel Gonzalez and Cora Jade inside the steel structure. An untimely injury to Shirai’s partner, Zoey Stark, meant that the babyfaces were short by one competitor for the match.

However, the former NXT Women’s Champion’s squad got a big boost when Kay Lee Ray offered her services to the trio after Cora Jade’s upset victory over Mandy Rose.

The 21-year-old pulled off a massive upset on Mandy Rose this week when Kay Lee Ray distracted the NXT Women’s Champion long enough for Jade to roll her up.

Backstage, KLR told the other three WarGames participants that she was in and would like to represent them next week in the Advantage Ladder Match against Dakota Kai. 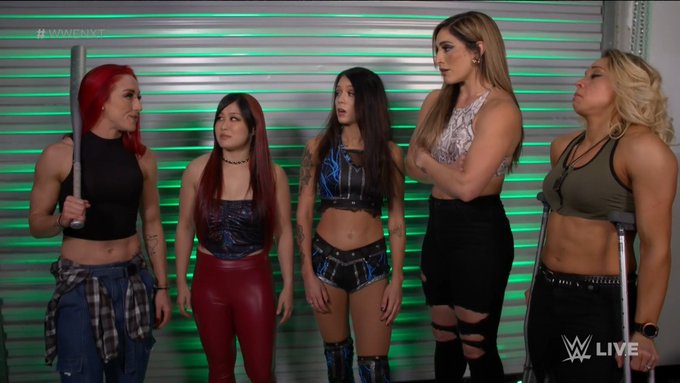 Io Shirai has been a part of the WarGames matches

History was made in 2019 when NXT General Manager William Regal announced the first ever women’s WarGames match.

The 2020 event opened with the women’s WarGames match, with the team led by Candice LeRae facing a team led by Shotzi Blackheart. The match saw Racquel Gonzalez pin Io Shirai to secure victory for Team LeRae.

The most memorable moment of the match came when Shirai stood atop the cage, put a trash can over her head, and then leapt down onto everyone in the ring.

The name Io Shirai has become synonymous with the WarGames event as The Japanese star has competed inside the ominous cage for the past two years.

Other than Shirai, Dakota Kai has also competed in both WarGames matches so far and looks set to enter her third on December 5th.

Are you looking forward to NXT WarGames? Let us know in the comments section below.