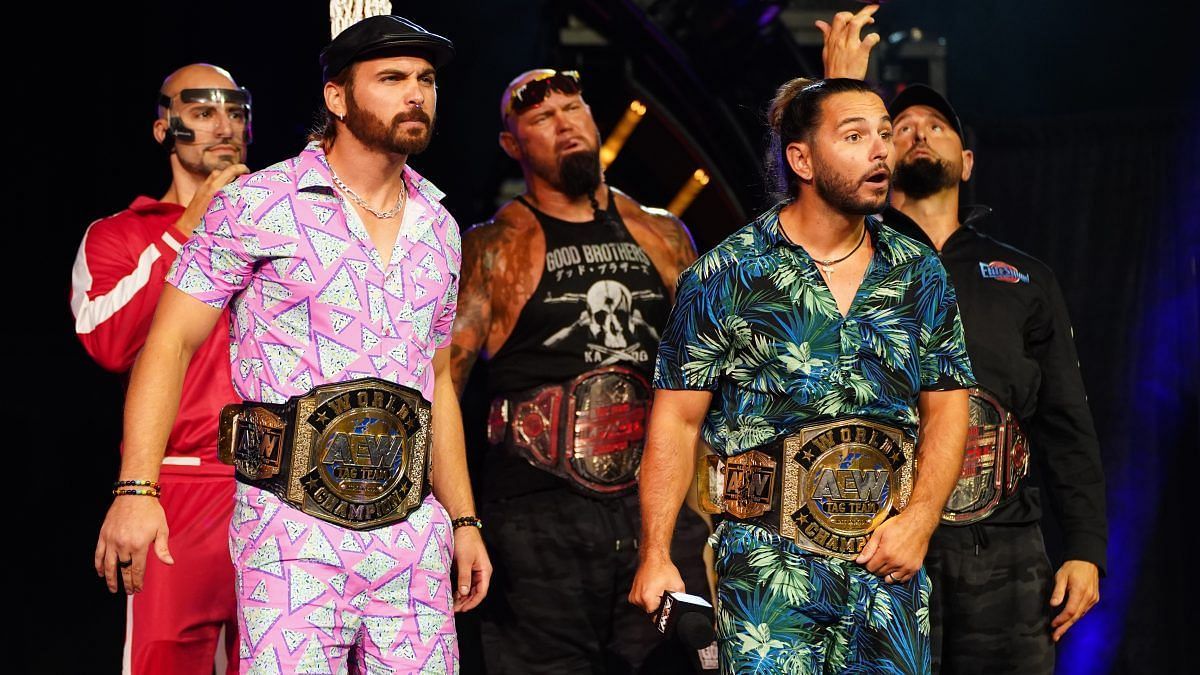 Adam Cole recently sent out a message saying his Elite and Superkliq stablemates, The Young Bucks, are the best in the business for tag team wrestling.

The former AEW Tag Team Champions were recently announced to compete against Rocky Romero and Chuck Taylor on next week’s Dynamite. This would mark Nick and Matt Jackson’s first match since AEW Full Gear 2021, where they both sustained injuries.

On the latest edition of AEW Rampage, The Young Bucks challenged Best Friends to a match on Wednesday night. In the comments section of the AEW EVPs tweet hyping their return to action, Adam Cole tweeted that The Young Bucks are the best tag team in the wrestling industry. Check out Cole’s tweet here:

The upcoming match is a part of the ongoing feud between SuperKliq and Best Friends in AEW. Cole and The Young Bucks brutally assaulted Orange Cassidy on last week’s Dynamite before Wheeler Yuta, and Chuck Taylor eventually rescued the Freshly Squeezed One.

The former AEW Tag Team Champions are the favorites to win the tag team bout and build heat for the inevitable trios match, pitting both factions against each other.

Matt and Nick Jackson recently claimed the coveted No.1 spot in Pro Wrestling Illustrated’s list of top 50 tag teams of the year. The accolade is a much-deserved one, as The Young Bucks were the AEW Tag Team Champions for more than 300 days, putting up countless classics against various tag teams.

Congratulations to Matt & Nick Jackson, The Young Bucks, for ranking #1 in the second annual PWI #TagTeam50! To see who else made the cut, grab the digital edition or preorder the print magazine from pwi-online.com 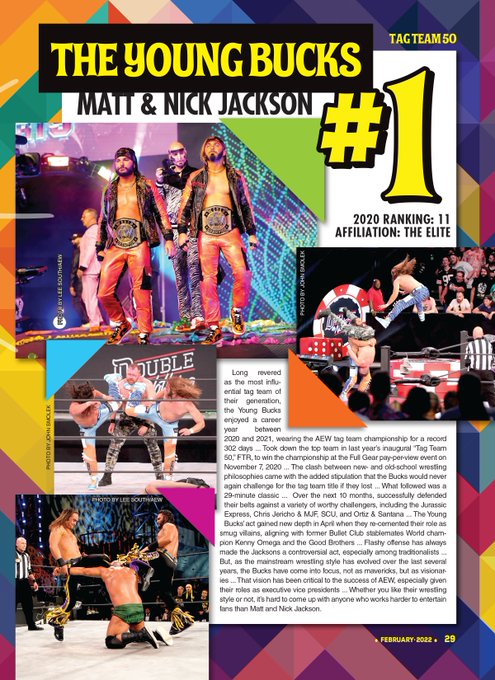 Congratulations to Matt & Nick Jackson, The Young Bucks, for ranking #1 in the second annual PWI #TagTeam50! To see who else made the cut, grab the digital edition or preorder the print magazine from pwi-online.com https://t.co/3QCzjBkf52

The second rank in the list was secured by the Lucha Brothers, the reigning AEW Tag Team Champions.

It’s worth noting that in 2020, The Young Bucks were ranked way below at No. 11, while FTR (Cash Wheeler and Dax Harwood) topped the list.

Are you excited about The Young Bucks’ return to in-ring action at next week’s AEW Dynamite? Sound off in the comments section below.