Former WCW Senior Vice President Eric Bischoff recently spoke about Tony Khan‘s latest remarks regarding the contracts WWE offers to their superstars. Bischoff explained how Tony’s comments were understandable but were far from the whole story.

Khan and Bischoff have had some heated arguments in the past.

The former RAW GM wasn’t happy with TK when the AEW chairman bragged about his victory over WWE in key demographic ratings. Bischoff also blasted Khan’s comments by comparing WCW’s head-to-head victories over WWF to his promotion’s supremacy during a recent head-to-head battle with WWE.

Eric stated that the head-to-head battle between AEW and WWE was nothing more than a cosplay competition. 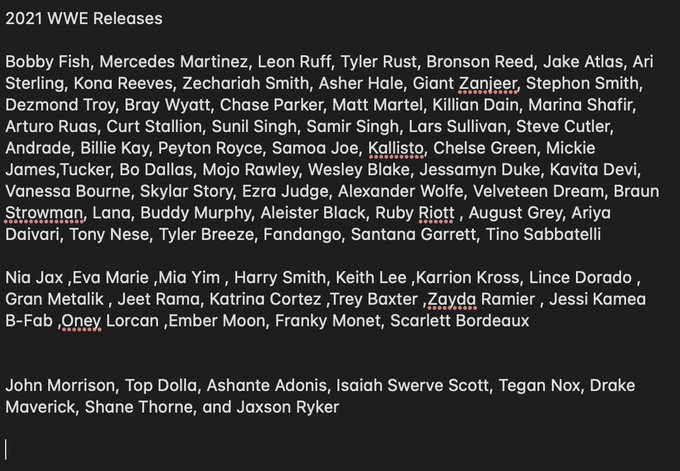 During a recent episode of the 83 Weeks Podcast, WCW legend Eric Bischoff expressed his opinions about Tony Khan’s comments and discussed the recent WWE releases.

Bischoff stated that World Wrestling Entertainment had no choice but to let go of those superstars, as it is a publicly-held company and have to do what’s best on behalf of their stockholders. He then added that maintaining the financial books is something that Vince McMahon is responsible for. He added that it’s something the AEW boss doesn’t have to do, as he is the sole shareholder of the promotion.

“I understand what Tony is saying and I applaud him for caring as much about his talent as he does, how could that be a negative thing, it’s not. But here’s the reality, again: WWE is a publicly held company, AEW is not. WWE has a fiduciary responsibility to their shareholders to make decisions and manage their business in a way that will most benefit the shareholders. Would Vince McMahon personally prefer not to have to release this talent? I’m not saying he does or doesn’t, but he has no choice. Even if he did, he has no choice, he has to manage his budget and his business in a way that is most beneficiary to his shareholders.” said Eric Bischoff.(H/T Wrestling INC)

Bischoff then spoke about how Tony Khan operates his business.

Tony Khan recently responded to the news of WWE releasing multiple superstars to balance their books. Khan pointed out how the contracts WWE offers to their superstars is more of a temporary arrangement. He added that the same doesn’t apply to AEW, and he added that he values every star that puts their life on the line for his promotion.

“Anyone who signs a contract (in WWE) these days, is not signing a real contract. It’s a temporary arrangement. People who come wrestle with me, a lot of these people are frankly lifers and they know that. There are some people who are here who work really hard and there are some people who come in and work more than really hard and I feel like [it] is their actual life and will be with me for the rest of my life. I don’t know if everybody who works for my competition can say that. I think there are people who work there and they aren’t sure they will be there next week. There is a lot more security with a contract here.” said Tony Khan.

The wrestling world is eagerly awaiting news of possible destinations for recently released WWE superstars. Fans are also curious to know which of the performers are on the radar of AEW.

What recently released WWE superstars do you think will end up in All Elite Wrestling? Share your thoughts in the comments section below.