Samuray Del Sol, better known as Kalisto during his stint in WWE, has replaced Kenny Omega in the upcoming AAA Mega Championship match.

Omega recently vacated the title due to several injuries he’s currently dealing with, including Vertigo and Hernia. The Cleaner was supposed to defend his title against Hijo Del Vikingo at TripleMania Regia on December 4th.

It was reported that AAA could book a multi-man match for the AAA Mega Championship, with Vikingo being one of the contenders. Now, Samuray Del Sol has emerged as the second participant and a replacement to Kenny Omega. Fans can expect AAA to announce more competitors for the clash in the coming days.

Samuray Del Sol departed WWE in April 2021 after an eight-year tenure as part of the company’s budget cuts. Del Sol made his AEW debut on the November 3rd episode of Dynamite, where he paired up with Aero Star to unsuccessfully challenge FTR for the AAA Tag Team Championships.

Kenny Omega was the longest-reigning AAA Mega Champion in history

The Cleaner had won the AAA Championship by defeating Rey Fenix at Heroes Immortales in October 2019. He went on to hold the title for over two years, defending the gold in a few top-tier matches.

He successfully defended the belt 5 times, the second most defenses of any champion. He defeated Fenix for the belt on 19th of October 2019 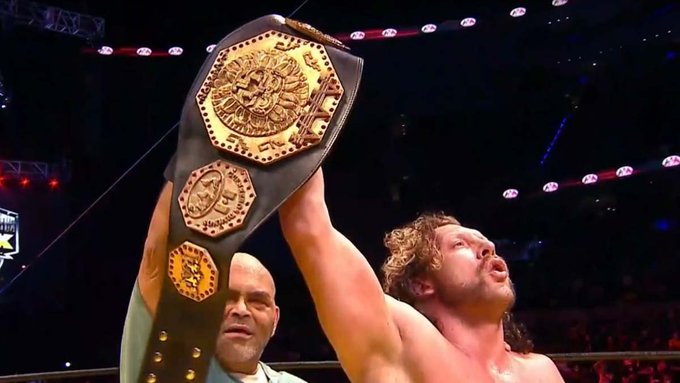 He successfully defended the belt 5 times, the second most defenses of any champion. He defeated Fenix for the belt on 19th of October 2019 https://t.co/jRBydDPtBs

Kenny Omega’s final AAA Championship defense came in August 2021, when he retained his title against Andrade El Idolo at TripleMania XXIX. Though he’s not the champion anymore, Omega’s reign will always be remembered as one of the company’s most memorable ones.

He held the title for a record-setting 765 days, the longest in AAA’s illustrious history, besting Texano Jr.’s 735-day reign. The Best Bout Machine is expected to undergo multiple surgeries and will remain out of action for the foreseeable future.

What was your favorite match of Kenny Omega’s AAA Mega Championship reign? Sound off in the comments section below.