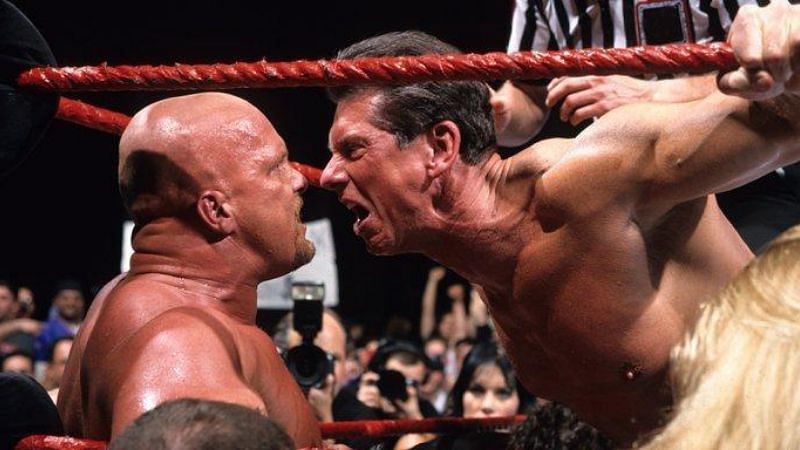 “Forget about the wrestling and the five-star matches” – Former WWE writer on Steve Austin vs. Vince McMahon (Exclusive)

Vince Russo recently reflected on the important role that the Steve Austin vs. Vince McMahon rivalry played in WWE beating WCW in the television ratings.

McMahon became a villainous on-screen character shortly after the infamous Montreal Screwjob incident at Survivor Series 1997. His long-running feud with Austin is widely viewed as the greatest storyline in WWE history.

Russo, who wrote for both WWE and WCW, told Sportskeeda Wrestling’s Dr. Chris Featherstone that Austin and McMahon played their roles to perfection:

“You had two great performers who played tremendously off of each other. They had a very, very well-written story and, bro, Austin was saying and doing what everybody wanted to do and say to their boss. Forget about the wrestling and the five-star matches,” he said.

Watch the video above to hear Vince Russo’s thoughts on how the Montreal Screwjob ultimately led to Vince McMahon feuding with Steve Austin.

It’s been too long… 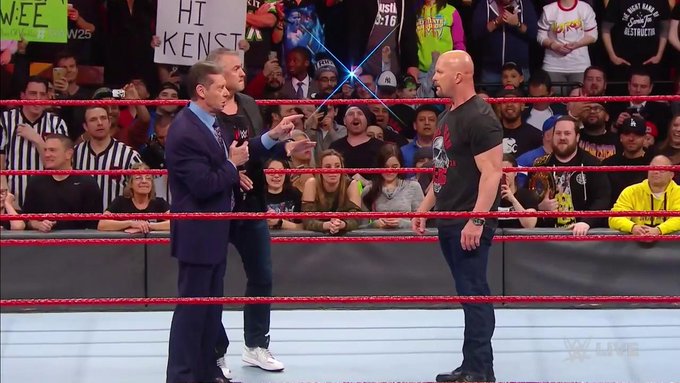 It’s been too long…

The late 1990s is regarded by many as the greatest period in WWE history. The Rock and Steve Austin were WWE’s top attractions at the time, while Triple H and The Undertaker were among the company’s other marquee names.

Although WWE had a lot of star power back then, Vince Russo thinks Austin vs. McMahon is what fans really wanted to see:

“Bro, everybody was tuning in because that [Steve Austin] was Joe blue-collar saying, ‘Screw you.’ That was it, bro. Yeah, you had DX [D-Generation X], and this and that and all these other things. But no, bro, that was the entire backbone, no doubt about it,” he said.

Although Austin and McMahon had a strained relationship at times, they also had a lot of respect for each other in real life. In 2009, the WWE Chairman inducted The Texas Rattlesnake into the WWE Hall of Fame.