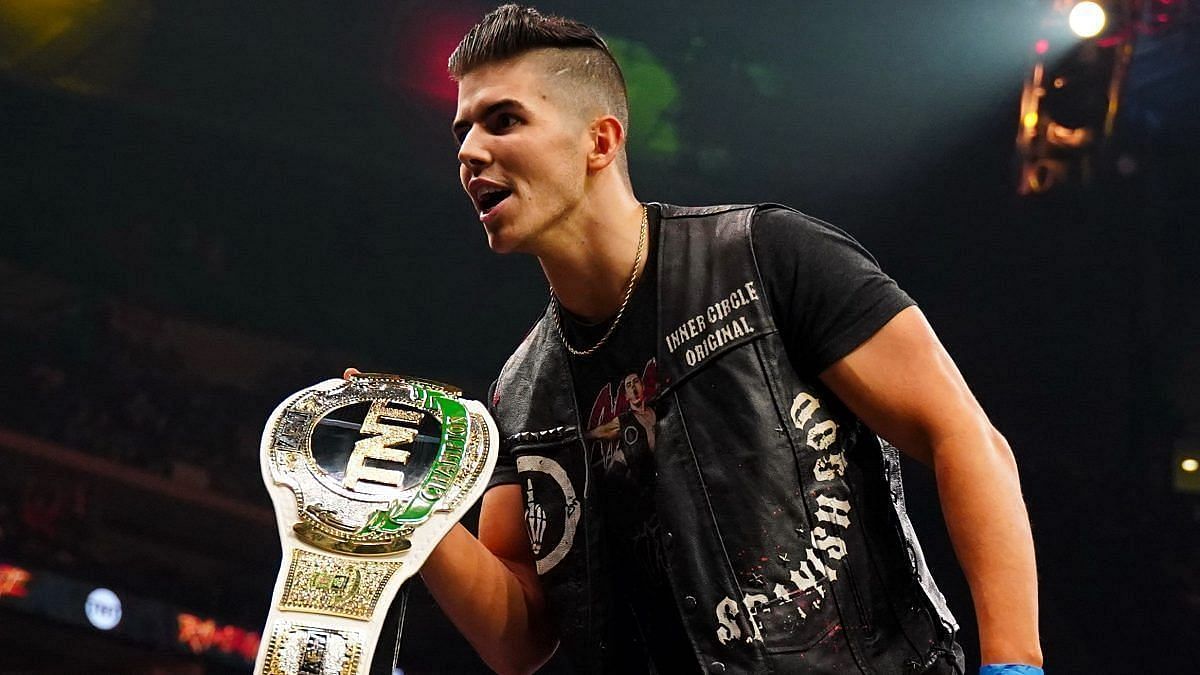 Ethan Page recently teased that he wants to reignite his feud with Sammy Guevara and challenge for the AEW TNT Championship.

After The Spanish God successfully retained his title against Tony Nese on AEW Rampage this week, he took to Twitter to acknowledge his victory. But Page took the opportunity to hint that he plans to take the championship from Guevara.

Just a few weeks ago, the two stars were on a collision course as part of a heated rivalry between The Inner Circle and The Men of the Year on the road to AEW Full Gear. During the October 27 episode of AEW Dynamite, Guevara defended his gold against Page in a high-stakes match.

The bout had a compelling stipulation, especially for Sammy Guevara. Beyond putting his title on the line, he risked getting kicked out of the Inner Circle with a loss. Fortunately, Guevara retained his championship against the former IMPACT Wrestling star in an incredibly hard-hitting battle.

Like I Said… I’m Going To Die, And It’s Either Going To Be Next To My Hot Wife Or In The Ring Next To @sammyguevara. Preparing For One Or The Other! WOOOOO! 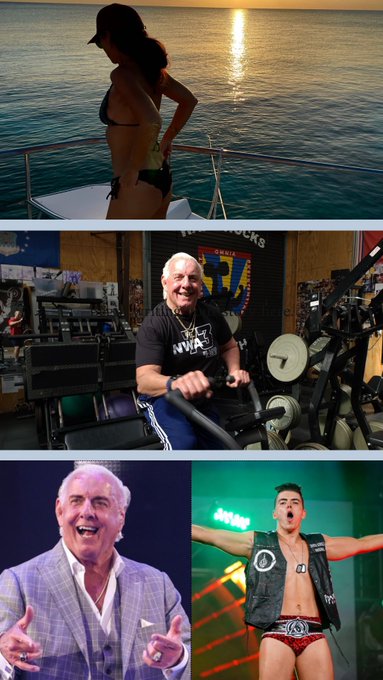 Like I Said… I’m Going To Die, And It’s Either Going To Be Next To My Hot Wife Or In The Ring Next To @sammyguevara. Preparing For One Or The Other! WOOOOO! https://t.co/jwR9NuuXgm

WWE Hall of Famer Ric Flair recently expressed his desire to wrestle AEW’s, Sammy Guevara. During his Wooooo Nation podcast, The Nature Boy revealed that an Israeli promoter wants him to fight The Spanish God:

“It’s funny you brought that up because there’s a promoter in Israel that wants me to wrestle your buddy, Sammy Guevara in Israel,” said Flair. “I said, ‘$100,000 and two first class tickets and I’m there. 50% and 50 % after I beat Sammy.” (H/T WrestlingNews)

Even though Guevara seemed optimistic about the challenge, it’s still unlikely that fans will ever get to see a match between the two men anytime soon.

Do you want to see another match between Ethan Page and Sammy Guevara? Sound off in the comments section below.