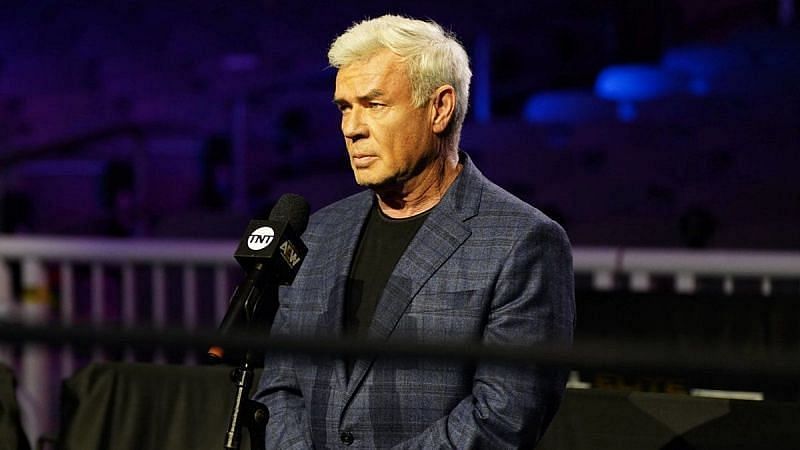 Former RAW General Manager Eric Bischoff recalled his brief stint as the Executive Director of the Smackdown brand and believes that the production meetings were a waste of time.

It was June 2019 when Eric Bischoff made it global that he would be making a return to the blue brand as the Executive Director. He stated did not enjoy a long run in that prestigious position as he only managed to last four months. Bischoff was then replaced by Bruce Prichard in October.

You sit through the two or three hour production meeting and while you’re sitting there starving because you haven’t had lunch and you’re watching Hunter [Triple H] and Vince (McMahon) piling down filet mignon and sushi while you’re sucking down warm coffee in a Styrofoam cup. I thought that was a real waste of time….then you find out….we’re tearing shit up and we’re going to start all over again at five o’clock.

Eric Bischoff feels that the WWE product is a bit sterile

Eric Bischoff earlier said that the WWE product feels sterile as the brand is trying to produce something international.

Though he praised the work of the production team, action and the colorful characters, he said it falls a bit flat in front of AEW as their product is domestic. Bischoff also spoke about the time when he was producing shows for WCW that outclassed the WWE, which was catering to a younger audience due to its non-violent nature.