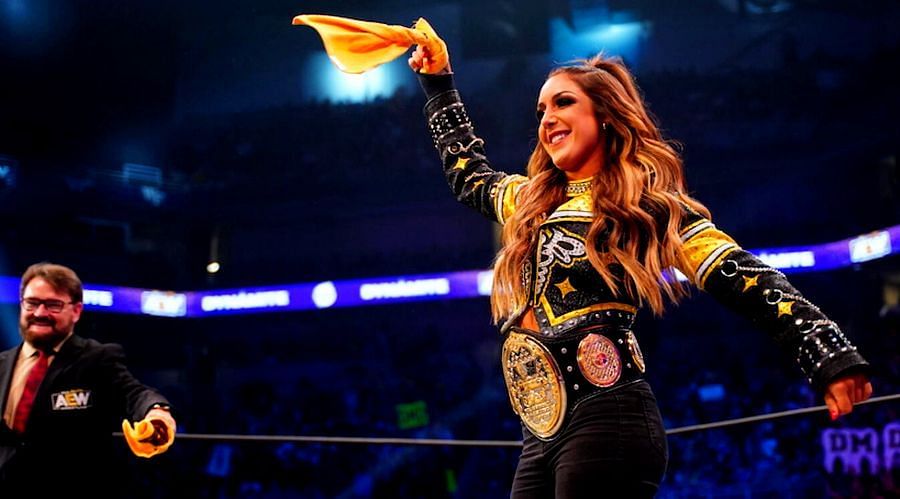 Dr. Britt Baker should be credited for turning AEW Women’s division around

At the same time, it’s hard not to think of the title without thinking of her as well. Baker has held it for close to 200 days now, and there’s no sign that she will be losing her grip on it anytime soon. She may face stiff challenges, but she will be at the top of the mountain well into 2022.

Baker has almost singlehandedly lifted the division to new levels during her reign as champion and has done so in several different ways.

Riho, Nyla Rose, and Hikaru Shida didn’t have the swagger that Baker has.

Riho is like a wilting flower, and Nyla hasn’t yet become a powerhouse star as AEW thought. Shida did a terrific job during her record-setting run with the belt but, outside of it, couldn’t connect with fans.

The early days of the division were criticized by fans and observers alike. Shida‘s record-breaking run was stable but not spectacular. There seemed to be something missing: unabated and unchained charisma.

Baddest In The Business. https://t.co/RblYlwQXSq

Baker gained steam when she captured the title from Shida. She was frequently cheered on by the AEW crowd despite being a heel. Fans didn’t seem to mind as they found her antics entertaining.

Baker has terrific looks, a great work ethic, and a captivating persona. Add to that the fact that she’s got a great character. It’s obvious AEW found someone to fill the cavity in their women’s division.

With Britt Baker on TV, more viewers started taking notice of AEW’s female stars. She should be credited for that. The division has added more depth, talent, and a second championship.

What do you think of Britt Baker and her run as the AEW Women’s Champion? Who do you think will eventually take her title? Share your thoughts in the comments section below.