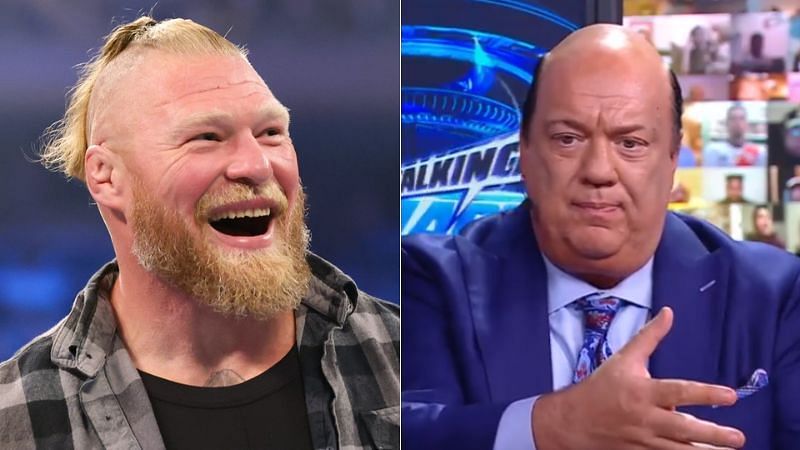 Did you spot this Brock Lesnar-Paul Heyman development on WWE SmackDown?

Paul Heyman dropped a possible hint about his relationship with Brock Lesnar on the latest episode of WWE SmackDown.

Heyman was Lesnar’s on-screen advocate for eight years before he became Roman Reigns’ special counsel in August 2020. Since Lesnar returned to WWE in August 2021, Reigns has repeatedly questioned where Heyman’s allegiances lie.

During a backstage interview with Kayla Braxton, Heyman revealed an interesting piece of information about Lesnar having a new phone number:

“Brock Lesnar is hiding behind this suspension because Brock Lesnar fears Roman Reigns. Think that’s a rumor? Call Brock Lesnar. Oh, sorry, I don’t have his new phone number either…and neither do you, and that’s your problem. Because, from what I hear, if you don’t have an absolute confirmation or denial by the end of tonight, you’re gone. At least, that’s what I’m pushing for.”

Paul Heyman’s comment appears to suggest that he tried to contact Brock Lesnar before learning about his new number.

Brock Lesnar is set to return next week

Moments later, The Bloodline’s expressions suddenly changed when Kayla Braxton revealed that Brock Lesnar’s suspension has been lifted. She also announced that The Beast Incarnate will return to SmackDown next week.

Lesnar’s most recent WWE appearance came on the October 22 episode of SmackDown, a day after he lost to Roman Reigns at Crown Jewel in Saudi Arabia. Heyman’s former client was indefinitely suspended after assaulting WWE officials. Lesnar was also fined $1,000,000 for attacking Adam Pearce.