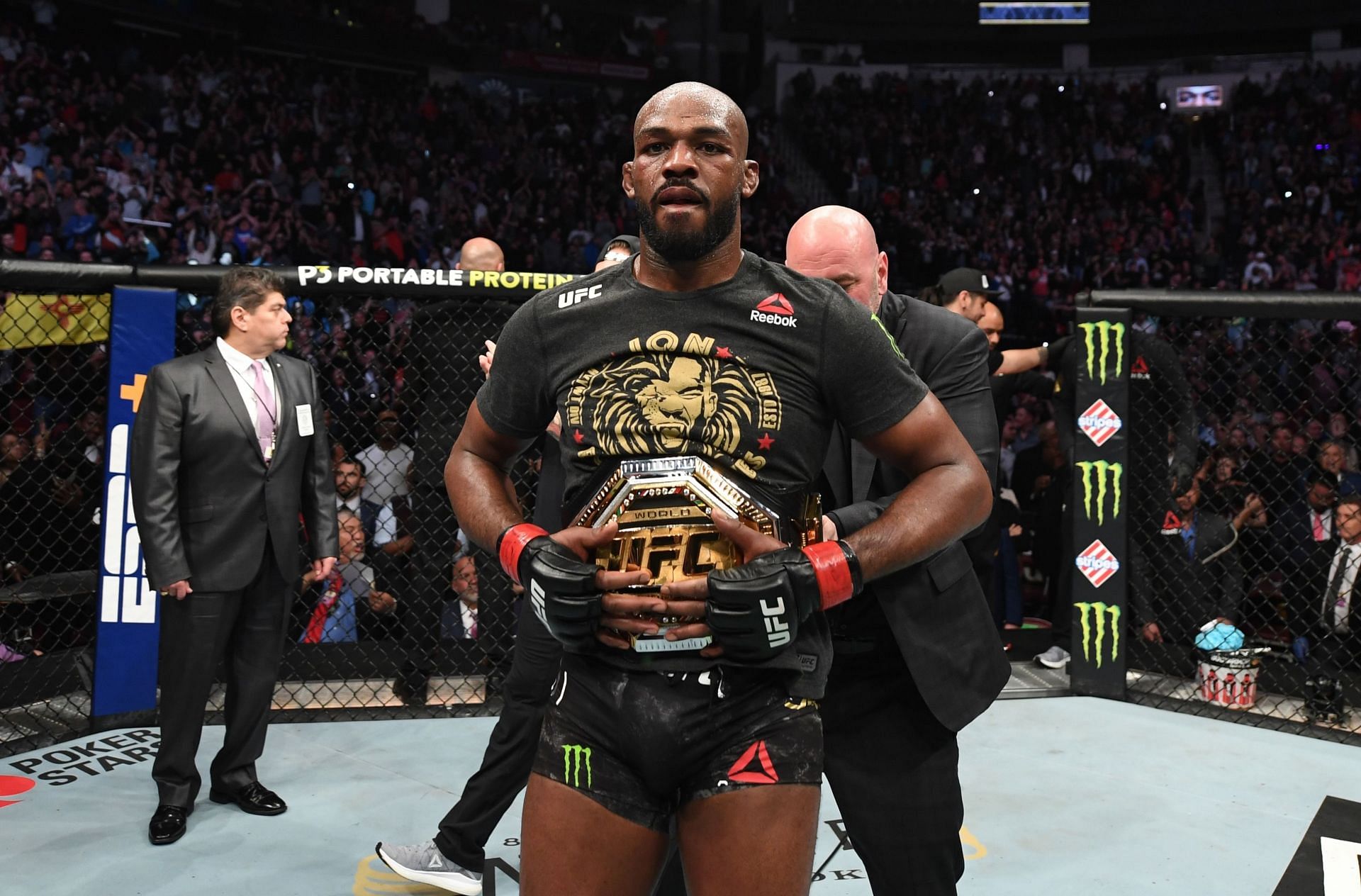 In a recent interview with Throwing Down w/ Renee and Miesha, Jake Hager claimed he’s training, and is ready, for his upcoming showdown with Jon Jones. The AEW star added he isn’t sure if Bones was familiar with Hager’s resume.

Hager mentioned that almost everybody wants to work with AEW, and the same could be said about Jones, who could be looking for a job with the promotion:

“I don’t know what’s going on because I’m training and I’m ready. As far as I know, it’s on. And then it got quiet on his end. I don’t know if he saw my resume and was like ‘Oh, this is an Oklahoma country boy I don’t want to wrestle with.’ Maybe he saw I wrestled for AEW and he got a little scared. Everybody wants to work for AEW, so maybe he wants to get a job. Jon, come out of hiding.”

The Inner Circle member had a stern warning for Jones, asking him to prove he’s still the GOAT. Hager suggested he’d speak to Tony Khan and put in a good word on behalf of the former UFC Light Heavyweight Champion:

“Prove that you’re still the GOAT, and I’ll put in a good word with Tony for you. I work with GOATs every single day, Jon. I work with the GOAT of pro-wrestling Chris Jericho. So, I’m like the farmer of GOATs, and I can also wrestle a little bit.”

⏬FULL Interview on the Throwing Down podcast⏬
podcasts.apple.com/us/podcast/bon…

A few weeks ago, Jon Jones took to social media to suggest that he’s set to make a return to competition.

First of all it’s @AEWonTNT and undefeated @BellatorMMA heavyweight Jake Hager, secondly no terms have been discussed or contract signed. We can talk if terms are right. twitter.com/JonnyBones/sta…
3:05 AM · Nov 21, 2021
2680
293

First of all it’s @AEWonTNT and undefeated @BellatorMMA heavyweight Jake Hager, secondly no terms have been discussed or contract signed. We can talk if terms are right. twitter.com/JonnyBones/sta…

In a now-deleted tweet, Bones claimed he was going to compete in a grappling match against the undefeated Bellator heavyweight fighter. However, Hager himself later tweeted that no contract had been signed.

It now remains to be seen if Jon Jones and Jake Hager will indeed compete in a grappling match going forward.