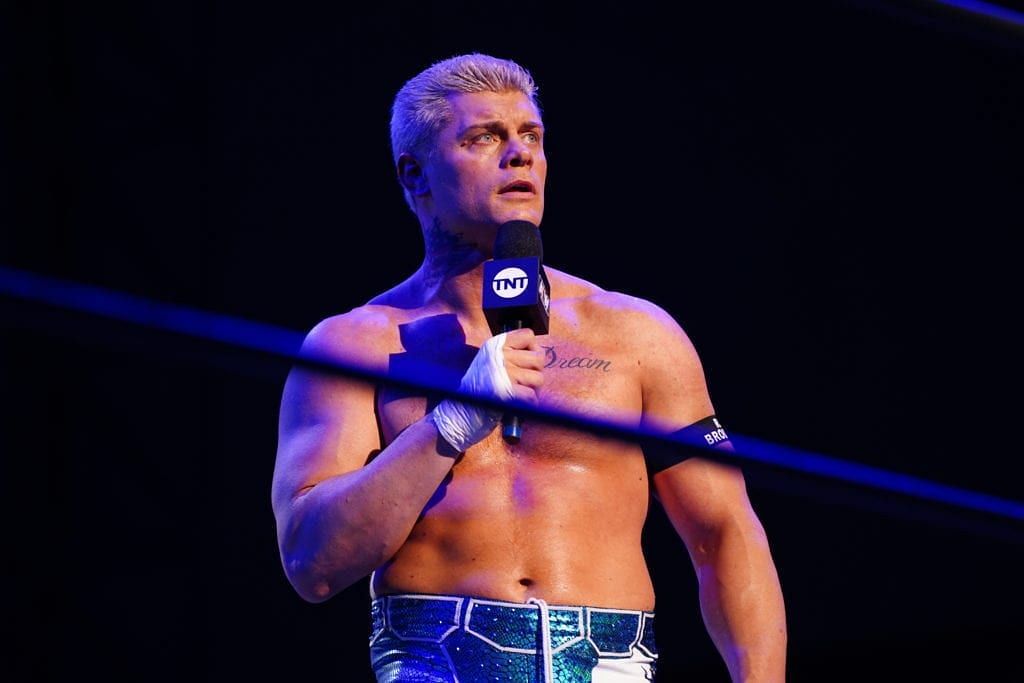 Cody Rhodes provides a major update about his future with AEW

Cody Rhodes recently cleared the air about his AEW status, saying he has no intentions of leaving Tony Khan’s promotion anytime soon.

In the last few days, there has been some speculation about Kenny Omega and Cody’s contracts expiring. This gave way to talks about whether the two could explore opportunities outside AEW.

“As of now, my future is with AEW. I can’t see myself anywhere else, and I’m very optimistic about what the future holds.”

Cody Rhodes is here to stay!

“As of now, my future is with AEW. I can’t see myself anywhere else, and I’m very optimistic about what the future holds.”

However, in a recent chat with Sports Illustrated, Cody Rhodes disclosed that he would remain with AEW for the foreseeable future. The American Nightmare added that the promotion would be a very “strange” place without the involvement of some of its core and founding members.

Furthermore, the former TNT Champion revealed that all four of AEW’s EVPs (Cody, Kenny Omega, and The Young Bucks) still talk regularly and have “admiration” for each other. In closing, Cody said he doesn’t see himself performing in any other promotion and that he’s excited about the future.

“As of now, my future is with AEW. AEW would be very strange without the core members of the revolution. We (the EVP’s) all still talk. We all have this admiration for each other. I can’t see myself anywhere else, and I’m very optimistic about what the future holds.” said Cody Rhodes

Cody Rhodes was victorious on this week’s AEW Dynamite

On the latest episode of AEW’s flagship show, Cody squared off against Andrade El Idolo in the duo’s second singles match. Though Andrade came up on top last time, Cody secured the win in a brutal Atlanta Street Fight this time.

Though the match was a little overlong, it had enough big spots to keep the fans invested. But it was the final few moments when Brandi Rhodes set the table on fire, and Cody delivered a Suplex to Andrade onto it for the win that got the fans talking.

Many seem to believe this has set the stage for Cody Rhodes’ highly-anticipated heel turn in AEW. It’ll be intriguing to see how this story pans out in the upcoming weeks on the promotion.

Do you see Cody Rhodes leaving AEW sometime down the line? Do you want him to embrace his dark side in the company? Sound off in the comments section below.