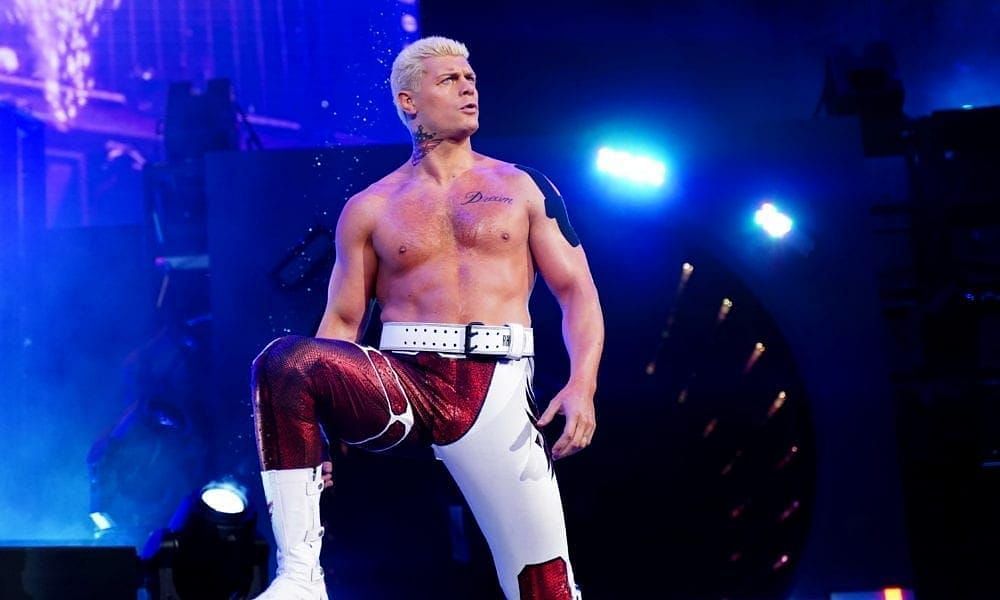 Cody Rhodes made a big announcement regarding his deleted Twitter handle.

The top AEW star recently deactivated his account but has confirmed that the account will now be controlled by the AEW Community Outreach Team.

Cody Rhodes confirmed the aforementioned statement in a recent Instagram story. The former TNT Champion noted that the AEW Community Outreach Team aims to do something in every market, whether the cameras are on or off.

What a great idea!

What a great idea!

Rhodes mentioned he doesn’t intend on letting his million-plus followers go away. Hence, he made this decision.

In mid-November, Cody decided to quit Twitter. He previously said the same on Busted Open Radio.

Cody claimed that the platform’s negativity is the primary reason for his departure. Rhodes mostly used Twitter to promote his matches and other AEW related things.

As things stand, Cody Rhodes is quite active on Instagram.

Cody Rhodes has been feuding with Malakai Black and co. in AEW

Over the past few months in AEW, Cody Rhodes has been feuding with Malakai Black and Andrade El Idolo. In recent months, the former TNT Champion has faced Black thrice.

Cody lost his first match against Black. The former NXT Champion scored another win, going 2-0. However, Cody got the last laugh as he beat Black in their third and final match.

Hey #CodyRhodes you gonna turn heel anytime soon or what lmao this was brilliant loving this Chicago crowd 🤣🤣🤣 #AEWDynamite https://t.co/8bjtJC6v6H

At the same time, Cody also engaged in a feud with Andrade, who has been feuding with PAC. Cody lost to Andrade and, at AEW Full Gear, he teamed up with PAC and beat Andrade and Black.

On the very recent episode of AEW Dynamite, Cody Rhodes teamed up with The Death Triangle in an 8-Man Tag Team Match and lost to Malakai Black, Andrade, and FTR.